I’m at that stage in pregnancy (34 weeks) where I’m pretty sure I’ve been pregnant for 12 years. I haven’t seen my va-jay-jay in forever, (although my waxing lady assures me it is still there), I didn’t get to enjoy a summer cocktail, or hot cider, and I really want to go on a rollercoaster. I’m at the end of the third trimester and I just want him here now!

That is, until I remember that before I get to hold a tiny, wiggly, adorable baby of my own creation, I’m going to have to push him out of my nether regions. Or have surgeons open me up like a yoghurt and pull him out the top. Either way, it’s probably going to hurt a little bit. But he’s coming out, one way or the other… Eek. 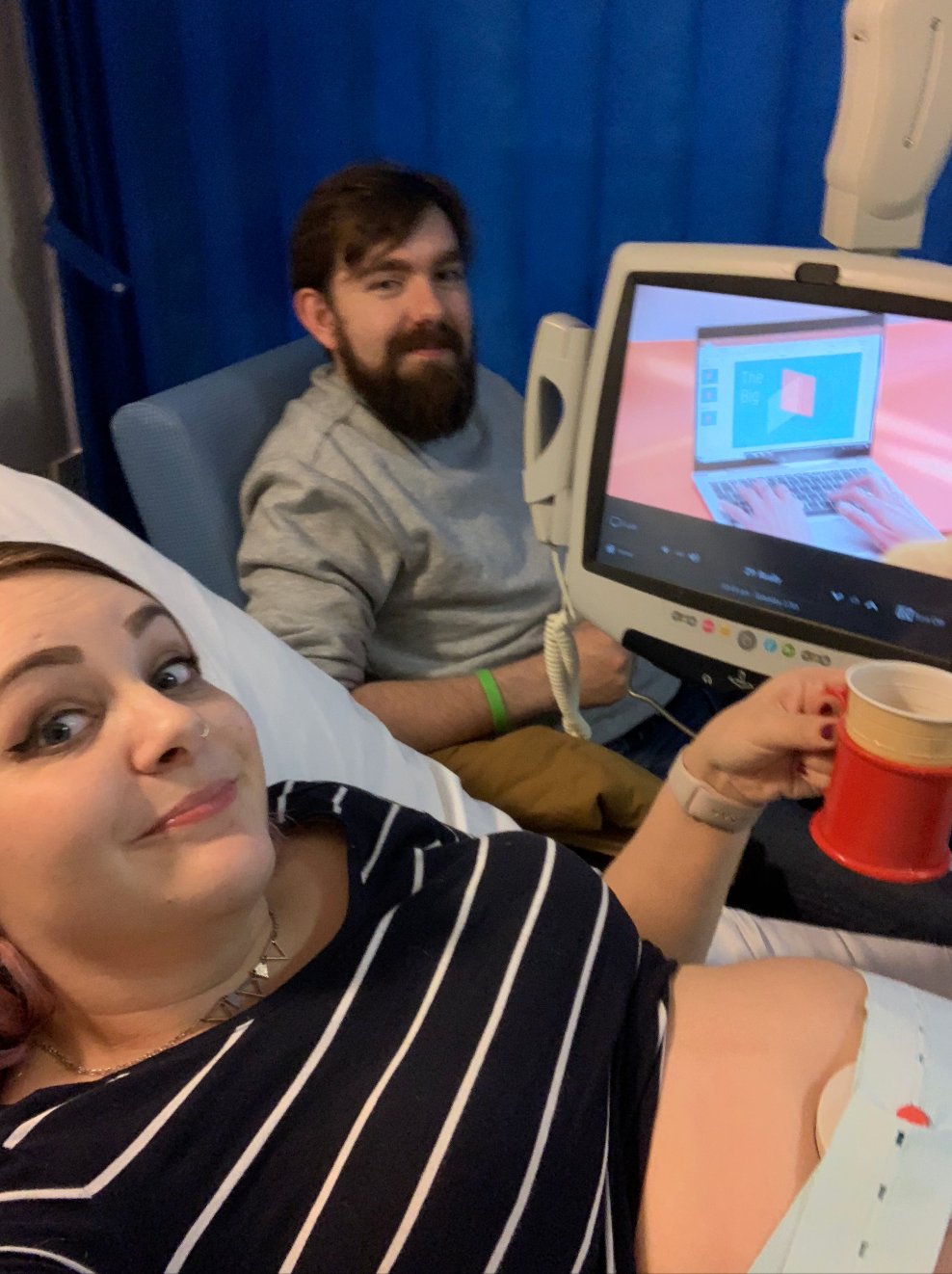 There are things I’m going to miss about being pregnant. For example feeling him move around is the coolest, weirdest but most magical thing in the world and I’m always trying to attribute meaning to it. “Ah, he always kicks when we’re at the theatre, maybe he’s going to be an actor or a dancer”, or “Ooh, you like that chocolate do you baby bean?”. I’ll also miss having an excuse for everything “I’d help with that but, y’know, pregnant” “I’m going to take the lift cos, y’know, pregnant”.

But there are things I am so excited to do again – like put on my own socks! Drink Berocca (as well as gin and wine and general alcoholic goodness), eat things without Googling if I can, go more than twenty minutes without needing a wee, having my baths super hot AND managing to get out of them myself without having to use poor Steven as a human crane.

Pregnancy is magical in a different way than I imagined. I don’t feel like a beautiful, life-giving goddess a la Beyonce. Last night I was so sweaty in bed I had to have the fan on. It’s November. I’ve randomly developed carpal tunnel in my hands which is a very random pregnancy thing. The skin under my arms has become darker. The baby is taking up room which was previously used for my vital organs, so I constantly have heartburn and deep breathing isn’t really on the cards. My twiggy legs don’t have the strength to carry my colossal bump for too long and the stretch marks on my tummy look like 1000 little rivers.

But holy shit. I am growing an actual, real-life human! Someone who will have thoughts and feelings and dreams. I created him from nothing (well, I say nothing. It’s best not to dwell on how he was made, it takes the magic away!), and my body, which has let me down in so many ways, so many times before has done a pretty incredible job of growing him. Despite things outside of my womb being a bit of mess, he’s carried on growing and developing and becoming a little person. It’s amazing.

Though I’m still a little terrified about the evacuation process.