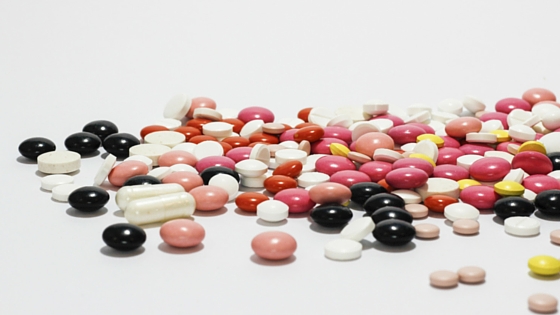 So you may have read my blog post a few months ago about my experience with counselling, and in it, I had promised to write a post about using medication to manage my anxiety. It’s been a long time coming, but I’ve finally sat down ready to write this.

Let’s start at the very beginning (it’s a very good place to starrrrrt!). My anxiety had gotten to a point where it was almost unbearable. I felt sick and panicky all the time, and it would take all my energy to walk into a room, or leave the house. I wasn’t sleeping well and I was generally just a bit of a mess.

I had been reluctant to try medication as I felt like it meant that I had failed, or that I would become a totally different person if I took it. However, by this stage, there wasn’t much of an option so Steven and I went to the doctors to have a talk.

My doctor was pretty nice and explained that she had suffered with anxiety and panic attacks in the past. She taught me some breathing techniques and we went on to discuss medication. She suggested Sertraline, (which in America is called Zoloft and it features in lots of films and things), which is used for anxiety, depression and OCD. We agreed I would start on 50mg and come back within a few weeks to reassess.

The first few days were the weirdest of my life. I felt spaced-out a lot, and would get dizzy even when sat down. My legs would twitch which was odd. I just generally felt weird. I read online that this was normal and that it would ease of, so I persevered.

After a week or so, I began to feel normal again. There were a few moments where I thought that I was only the verge of a panic attack and one didn’t seem to come which was a weird and slightly frustrating feeling. Thankfully that went away.

I also went a while without crying and I was worried that I had broken my emotions. Thankfully, I did eventually cry and since then I’ve been my usual (overly emotional) self.

When I went back to my doctor, we decided to increase the dose to 100mg, and a few months later, we increased to 150mg.

A few people around me knew that I had been put on these pills and in some cases it was a little awkward. I guess when no one sees the reality of what it can be like (and I am pretty great at hiding it from most people), suddenly being put on medication seems like a dramatic step.

That said, it really has made a difference and given me the opportunity to try and deal with other issues myself.

I recently decreased the dose back to 100mg and although I’m in no rush to come off them entirely, I’m happy with my progress.

One mistake I made a few weeks ago, was forgetting to put in my repeat prescription before a bank holiday, leaving me without any meds for almost a week. At first I thought it was a great opportunity to come off them, but there is a reason they suggest coming down in small doses. I was shaky, dizzy, verging on depressive and generally not in a great place. As soon as I got my prescription, the side effects went again and I felt much better.

I have noticed that alcohol affects me a lot more now, so I have to be careful on nights out. Other than that, it’s a pretty easy part of my life.

I take one pill every day, with my birth control one (no crazies, no babies), and although I am still very anxious, I feel much more in control than I did in the past.

Obviously, medication isn’t for everyone. Mental health is such a personal and individual thing that no one can tell you what is “right” for you. However, if you feel that medication could help you, but you feel like it’s the “easy” way out, please go and speak to your doctor. You will still feel like, and be, you. You’ll just be able to spend more time being yourself and less time having anxiety attacks. Asking for help isn’t failing, if anything it’s refusing to fail.