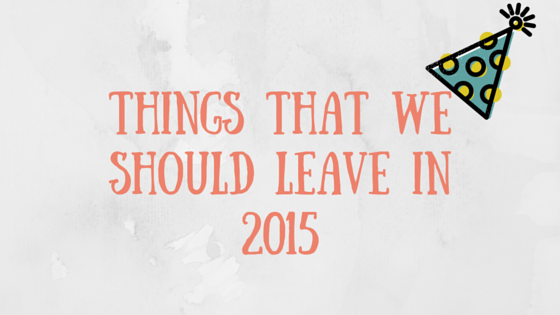 Thanks to Bethan for this list of things she wasn’t a fan of in 2015 – I’ll be doing mine in the next few days!

Minions
I won’t pretend I’m being original here, but minions were sent from Satan himself to ruin the world. As a trend, they don’t even make sense because – and this is a genuine question btw – what do minions even do? They don’t speak, they don’t do a funny dance, and they don’t make an unexpected noise. So why, oh why, are they everywhere? And why only in 2015? Despicable Me came out in 2010 and as far as I remember, that year was generally very minimal minion (ha ha). All I know was everyone commenting on the Dara O’Briain/ Gru similarities but here we are five years later in this hell hole. I suppose the people I really need to address are the middle aged people on facebook, who share the minion quotes. They are the true offenders here. They’re just recycled quotes Barbara, the minion is just marketing. It’s capitalism Barbara. You should know better.

1970’s Fashion
The 70’s are not a decade from which we should take fashionable inspiration because, in short, it’s rank. People wore bellbottoms, everything was orange and brown, patterns were frankly offensive, and women wore peasant blouses. Hair was flat and shaggy, people still wore Charlie perfume and frankly hippies tried to be counter-cultural and just came off as racist. The only concessions I will make about the seventies are shoes with platforms, which are practical for me as a short person, and the acceptance of punk clothing in mainstream culture. That’s it. They are the only two things. And

yet everything is back. When I googled 1970’s fashion so I could confirm all the aforementioned facts are true, the Wikipedia page didn’t even come up. It was all fashion websites. I was aghast.
I know fashion rolls back around all the time, that is its nature, but can we be a bit more choosey about what things we pick back up again. I know this isn’t society’s fault really. It’s Anna Wintour or whoever the real life equivalent of Meryl Streep in The Devil Wears Prada is currently. Please make it stop, I’ll do anything. I’ll even be your new assistant.

I understand that language is an ever developing thing. I actually kind of love it really. Bae is a brilliant, gender neutral word for your significant other, branding something as #goals is actually a really nice positive thing rather than dragging people all over the place. But eventually lines have to be drawn in the sand. And my personal line is ‘Netflix and Chill’. I understand why it happened. Sex has always been full of euphemism, because heaven forgive we’re too honest with people about our feelings. The previous generation had their ‘do you want to come in

for a cup pf coffee?’. But look where that got us. Coffee is, whether you care to admit it or not, now intrinsically linked with romantic encounters. Going for coffee is a go to date plan, inviting anyone to enjoy a hot beverage with you instantly raises an eyebrow that you must bat away with a ‘I mean, just coffee!’ – the ultimate culinary ‘no homo’. I don’t need this to happen to Netflix. I cannot live in a world where I have to constantly clarify that I am actually chilling with Netflix. For one thing, that’s not good for a lasses morale – ‘sorry chums, I wasn’t getting any action, just re-watching Ru Paul’s Drag Race and hoping to pick up contour tip.’ That the only lad in my bed is David Attenborough via my laptop screen. It needs to end, for the sake of my sanity.

I hope and pray that Miley Cyrus takes a break from the spotlight in 2016, because I don’t think I can cope with her anymore. But not for the reasons you might think. After the end of Hannah Montana in 2011, everyone’s had a lot to say about Miley Cyrus and her changing image. Even her relatively mild (by current standards) single/video Can’t Be Tamed caused people to note their concern about Miley expressing herself in a more adult way. But my thoughts were, if Britney can do it, Miley can. And develop a more adult image she certainly has done. Along the way Miley has, arguably done good things with her influence talking about feminism, providing a platform for homeless youth. But this stuff doesn’t make up for the fact the Miley has also do some bloody irksome stuff. I’m not going to pick over every bone I have with Miley so let’s just stick to the more recent ones.  Her ignorance towards race issues surrounding the VMA’s was truly astounding – dismissing Nicki’s twitter comments ‘because of the anger that came with it’ as the way Nicki speaks is ‘not too kind’, wearing dreadlocks and calling Snoop Dogg ‘mammy’.

But it doesn’t end there! Earlier this month Miley released the video to the song BB Talk for her new album Miley Cyrus and her Dead Petz. The content of the song isn’t at question really here (although, for the record, it’s awful), the issue is her video in which she parades around like the most sexualised baby you have ever seen in your life. It’s honestly beyond belief. And so for that reason I ask that Miley Cyrus gives everyone a break in 2016.