On Friday, Steven and I were lucky enough to be invited by Pizza Express (total babes) to check out their new restaurant in Formby. So, Slimming World be damned, we headed off (dressed far too fancily for pizza, but we don’t go out much…!), ready to eat all the food.

Before I get too excited about the food we consumed and the drinks we guzzled, let me tell you a little bit about the restaurant itself. The decor was very rustic and had hints of the seaside (which, y’know, is very apt due to the location) and the marble effect tables were a bloggers dream (annoyingly the light on myself of the table was not flat-lay ready so I didn’t get to make the most of it!). There were cool ropes separating some of the seating area and art work celebrating the first lifeboat station, the remains of which can still be seen today, just down the road at Forby Beach (which is much nicer than Southport beach, sadly!). 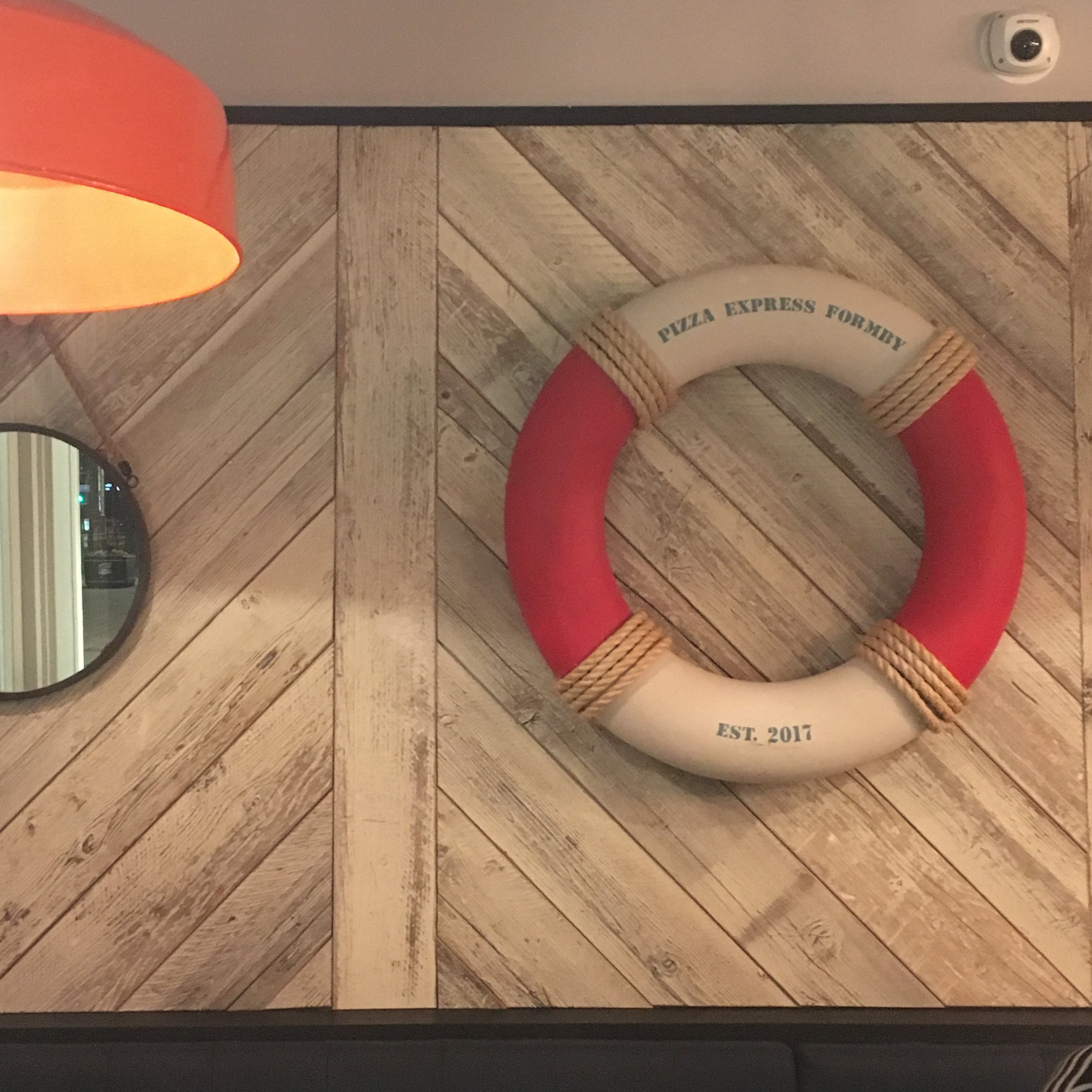 We were lucky enough to be invited during the new Winter Specials menu, which is all about indulging and comfort in these miserable winter months. On the list was the Sloe Prosecco which is gin and Prosecco and was basically made for me. It was incredible, so refreshing and I could have drunk it much quicker if I’m honest! Steven had a Merlot (because he’s super fancy) which even I liked the taste of, and I am certainly not a red wine lover. 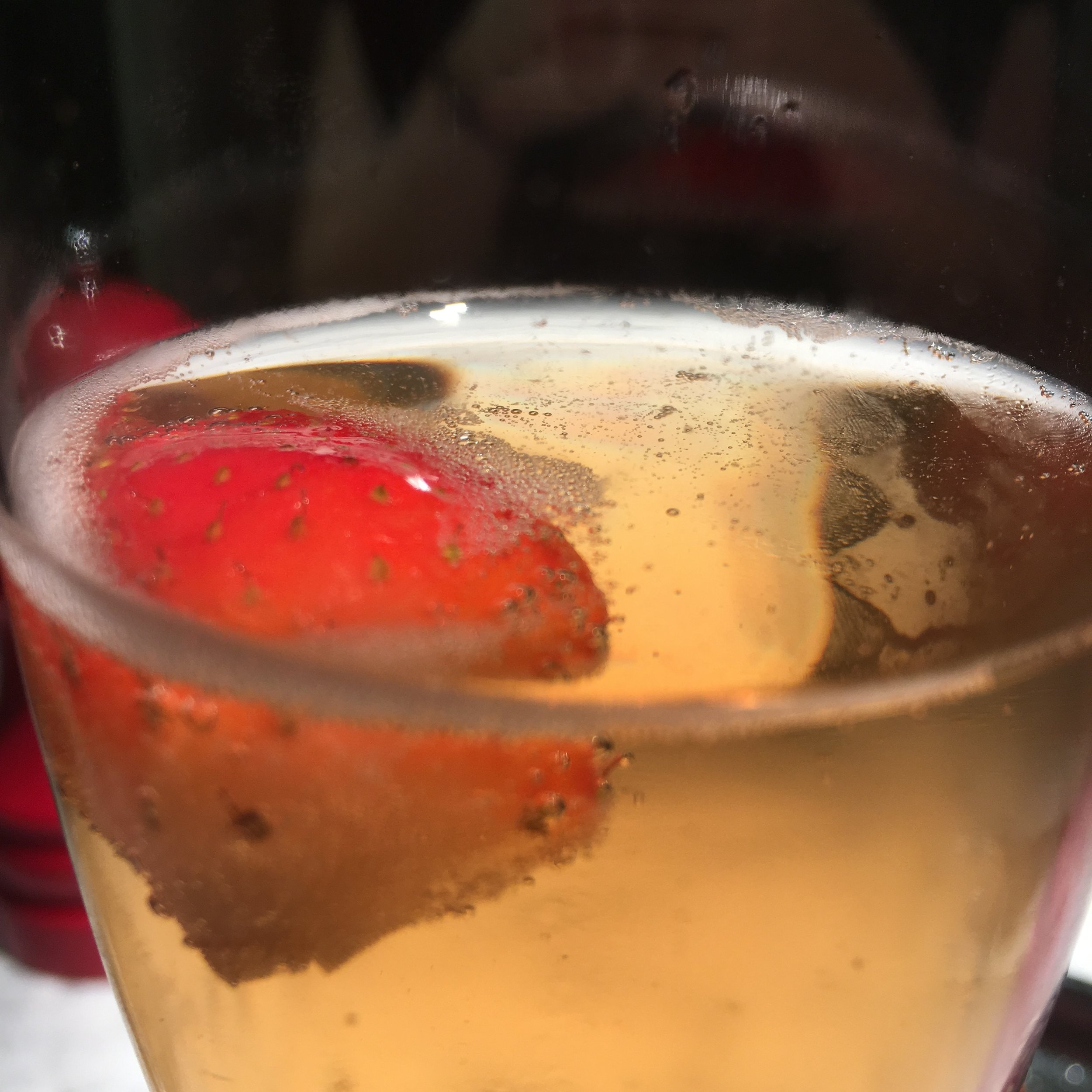 While we perused the menu, we enjoyed a little dish of the Slow Roasted Tomatoes which were marinated in garlic and oregano. Delicious! 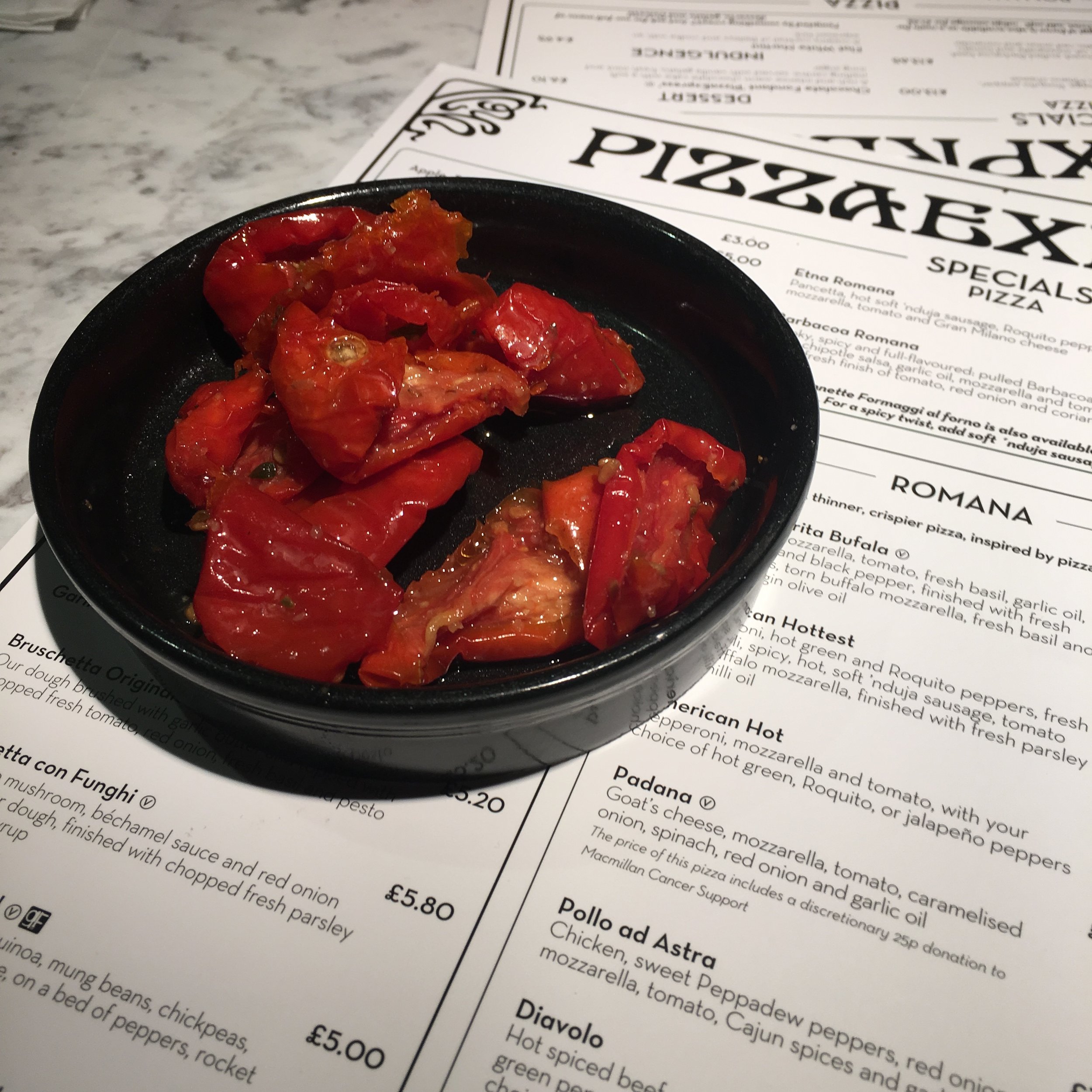 For starters, Steven chose the special Pennette Formaggi, which is Pizza Express’ take on Mac and Cheese. It came in its own adorable little black pot and the spoonful I tried was delicious. This is also available as a main and Steven said he would happily have eaten more of it! 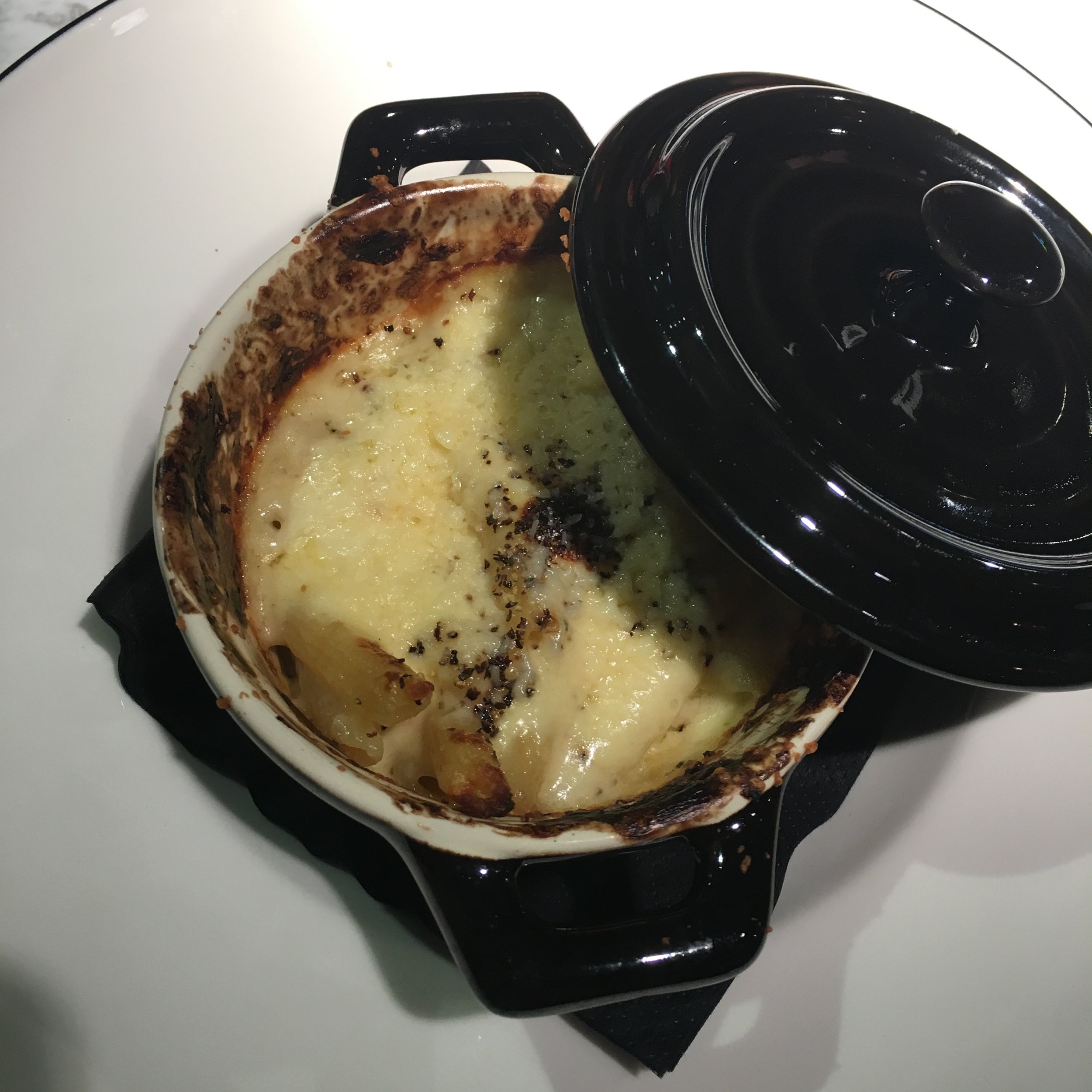 Now. I always choose Garlic Doughballs as my starter. Always. I even sometimes buy the ones you can cook at home and eat the whole pack myself. No judgement. No shame. However, I figured it was only right that I try something new and the Bruschetta Originale ‘PizzaExpress’ just spoke to me. 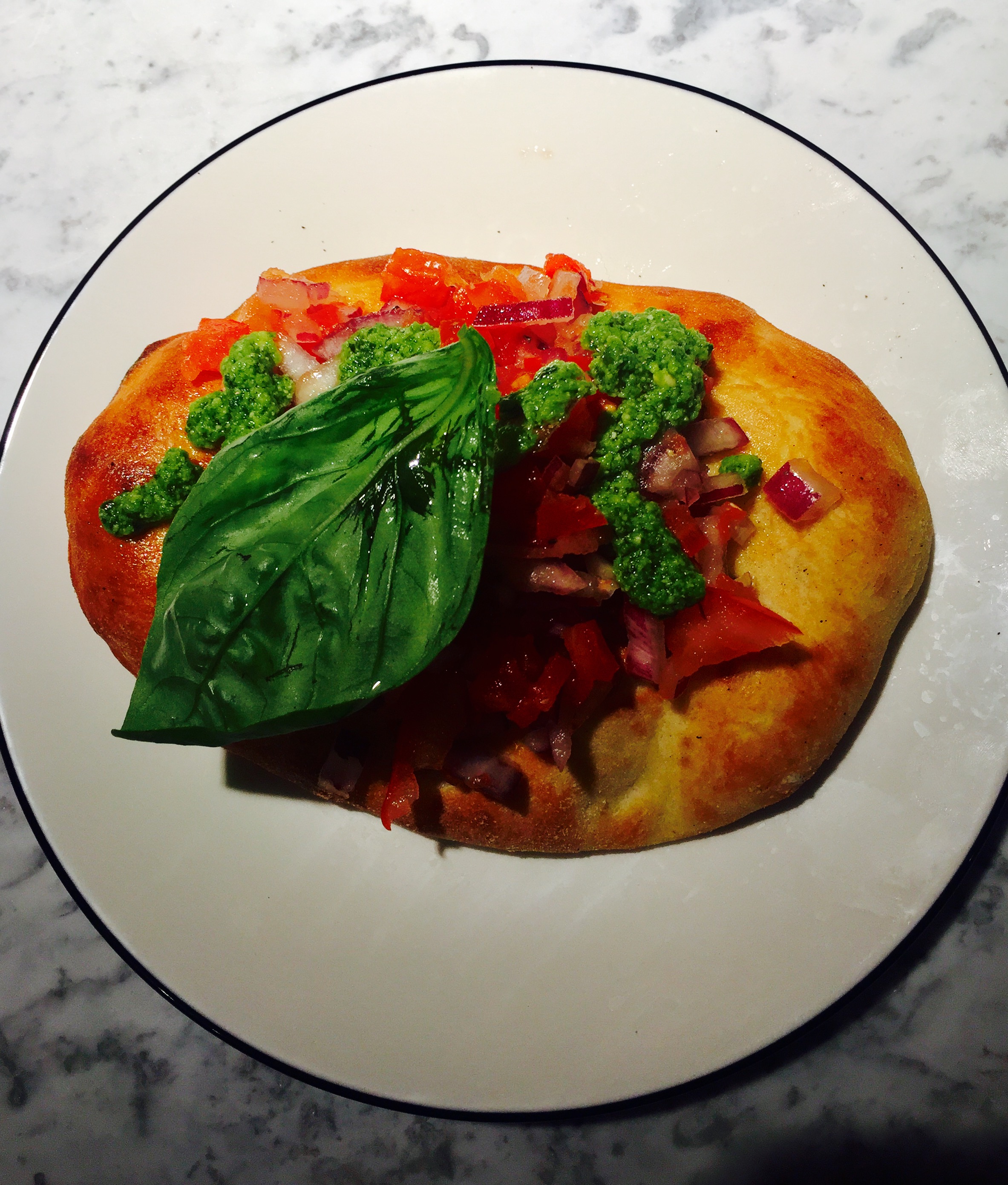 Holy cow, this was heaven.

So it’s the dough, which in itself is beautiful. But on top was garlic butter, fresh tomato, red onion, basil and the best pesto I’ve ever had. Oh. And the bread was warm. It was incredible. I want to eat it again. Right now.

On to the mains, Steven had a calzone but the calzone offered is packed full of meat and we are both veggie. However, they were kind enough to take out all of the meat and even put in extra mushrooms and olives to make it a little more than just cheese folded bread! Nothing was too much trouble! 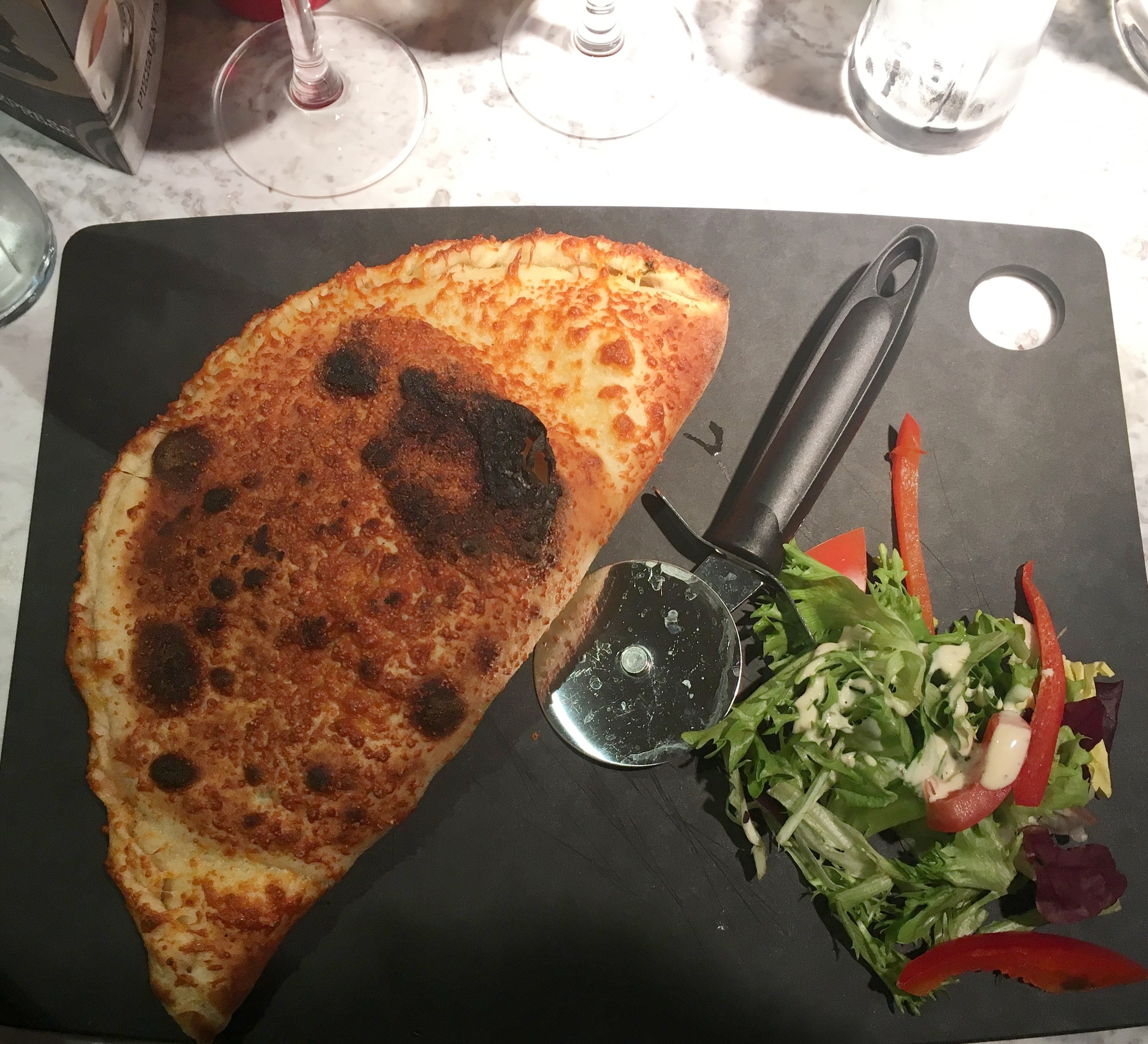 I have to interject here. Honestly, I assumed our waitress, Megan, knew we were there for a review and that is why she was being so incredibly, above-and-beyond helpful. However, at the end of the meal it became clear that she hadn’t known and that is just the exceptional level of customer service that she gives as standard. She was funny, friendly, and attentive without being over baring. She treated us like we were the only customers in there and we didn’t feel rushed or forgotten about. It really was incredible service and I hope she is commended for this.

Anyway, enough gushing, back to the food. I am a boring human and went for the thin base cheese and tomato pizza. I don’t think you can improve on perfection and other toppings get in the way. I LOVE Pizza Express pizzas but holy cow are they huge. I had to get Steven to help me finish it (which is 99% of the reason he stays with me I’m pretty sure!) but it was amazing. Sometimes, certain other pizza places make me feel poorly afterwards. I’m not sure why but they have done for a few years now (and I still never learn) but thankfully, Pizza Express doesn’t have that effect on me.

Finally, dessert. We chose the special Chocolate Fondant which was a warm chocolate cake with a melt-in-the-mouth centre, with some gelato on the side. It was incredible. Rich and chocolatey and very comforting. Just enough of a portion size that you didn’t feel too sick afterwards. We also got the Honeycomb Cream Slice which was like a cheesecake but creamier with a salted caramel layer and bits of honeycomb and chocolate on the top. We chose to have ice-cream with it but you could also have cream or mascarpone. 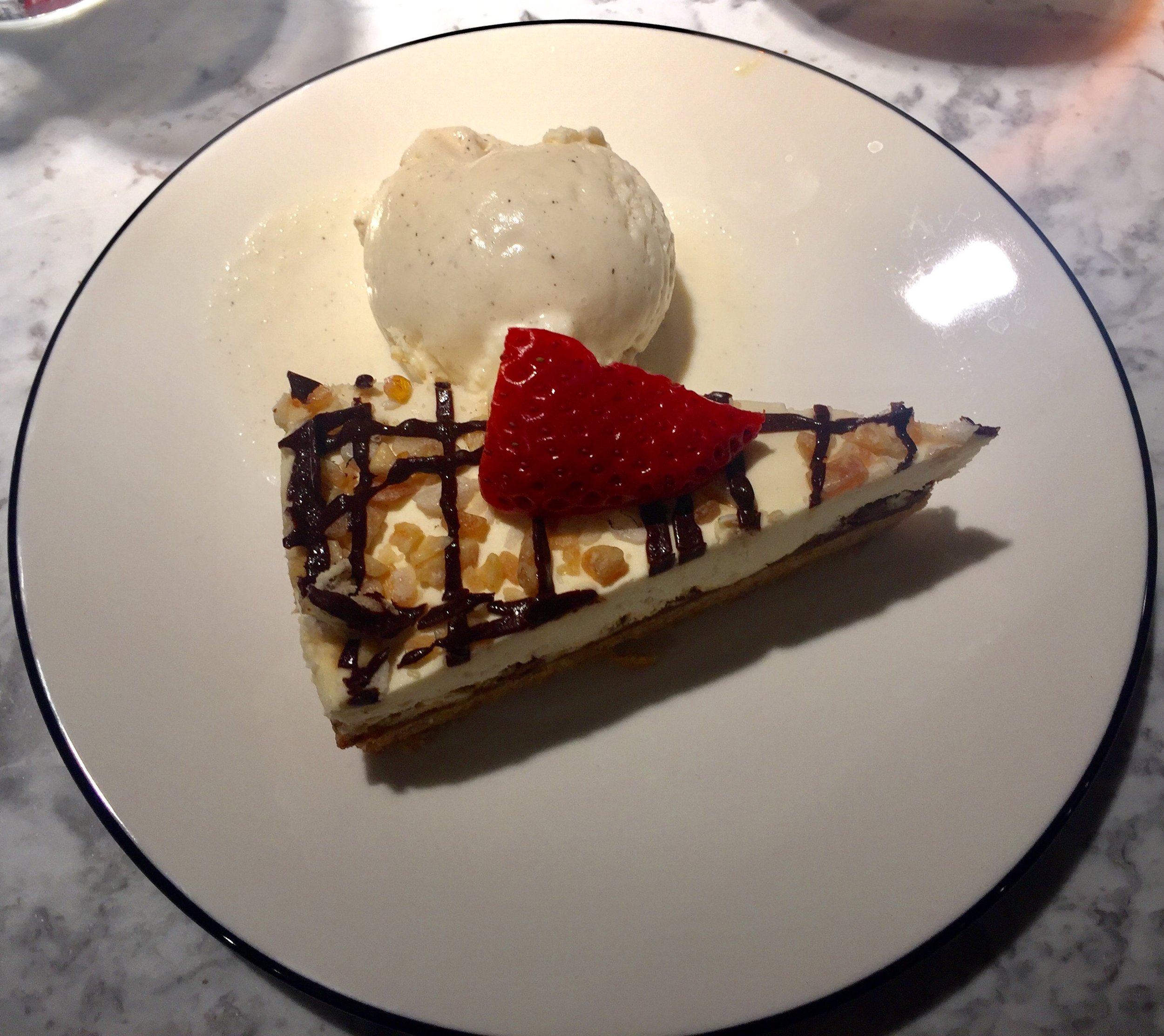 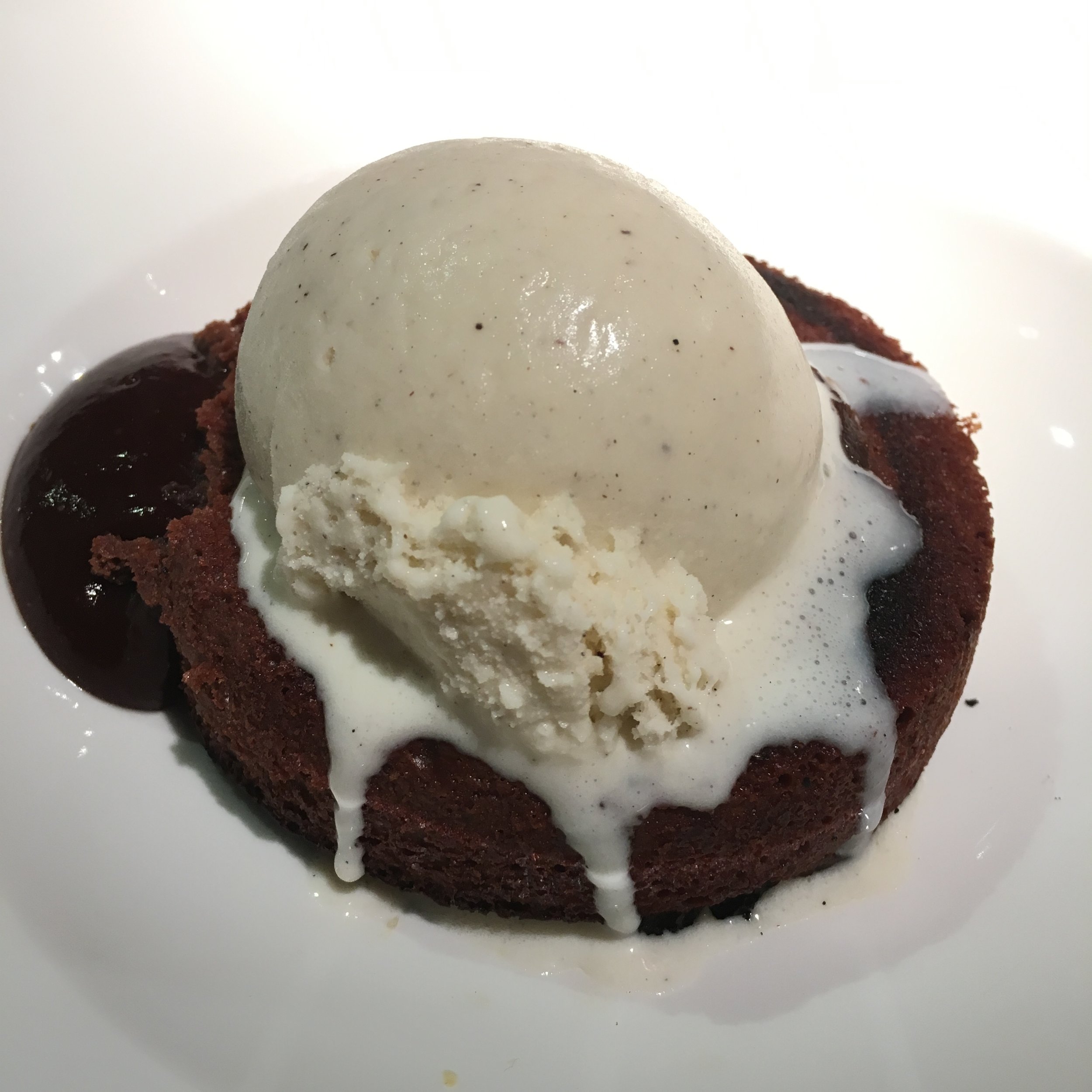 Honestly, we left feeling utterly stuffed and very happy. The ambiance was great. The service was exceptional and the food was unbelievable. I really couldn’t have had a better night and will be back soon for sure! 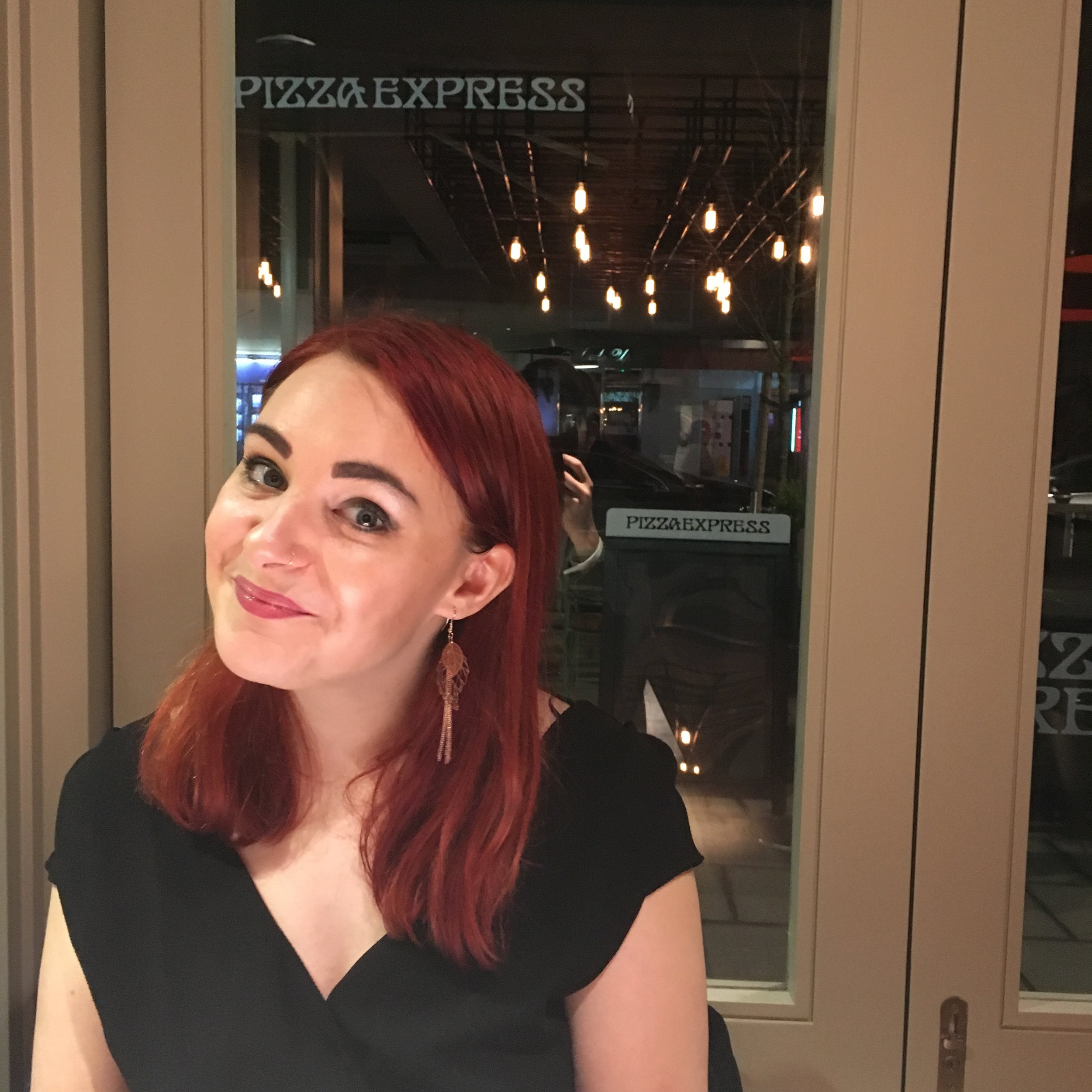 *I was invited to try this restaurant and was offered a complimentary meal and drinks in exchange for a fair and honest review. None of this will have changed my opinion on the place.