I am a nerd. I love technology and literally anything that makes life easier/more productive/generally cooler. So when Maplin hit me up and asked if I wanted to review these sweet Philips Hue White & Colour Ambiance E27 Starter Kit I was all about that.

Whenever I can control anything from my phone (and my Apple Watch which is on the way! We may have both ordered ourselves one in post-honeymoon jet lag delirium) I feel like I am in the damn future! I start imagining myself in the Jetson’s universe. So the thought that these lights could turn on and off with my voice and Siri blew my mind. 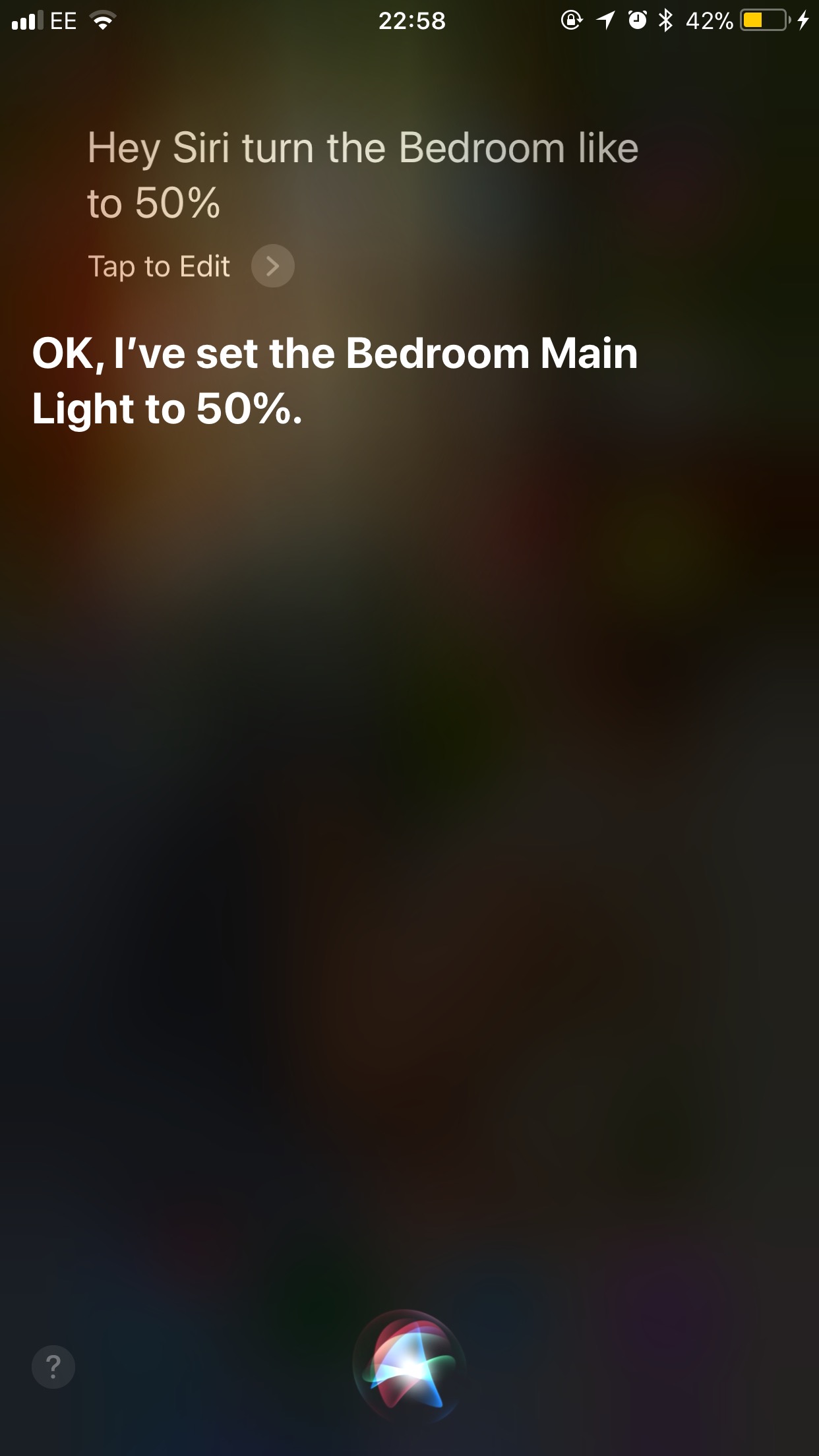 But that is not all!

The lights don’t just turn on and off and change colour (yep! Colours! 16 bloody million of them! So exciting!), you can set them to do all sorts of crazy things. There are settings that wake you up slowly by gradually turning on the light or ones that emulate sunsets, and others that promote concentration or are prefect for reading. And each one can be brightened or dimmed from your phone. My favourite part at the moment is adding a photo to set up a colour scene. For example, there’s one I love in the bedroom that is based on a picture of Dobby – it’s hilarious but also a really nice light colour too! 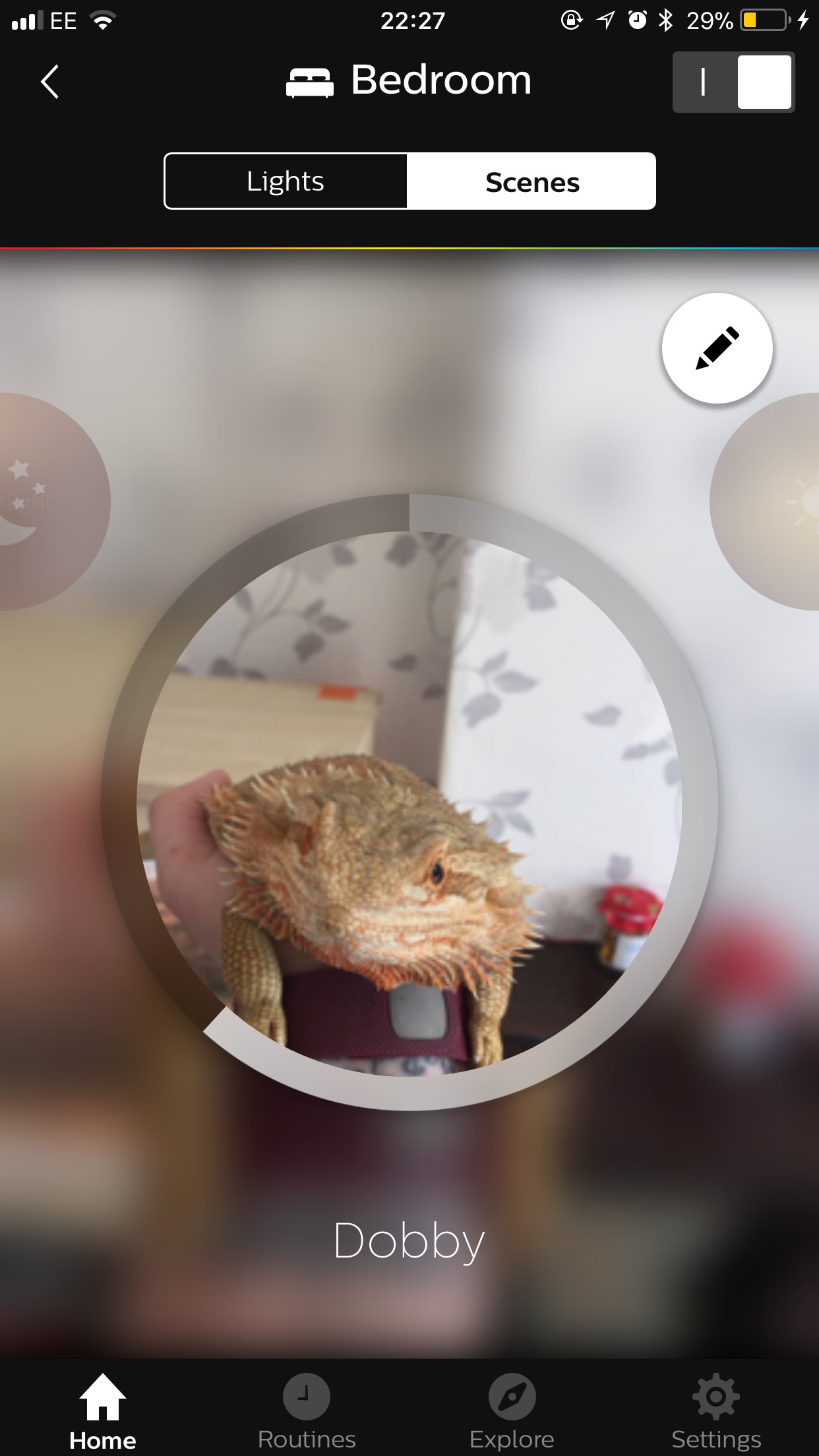 It’s not just about the fun however, they are also super practical. You can set the lights to switch on randomly when you are on holiday to make it look as though you are home (if there are any burglars here, please don’t rob me. My cat will bite you.) and if you say “Goodnight” to Siri you can set all the lights to fade off. You can even sync them to react to music or even films.

Setting up the lights was a lot easier than I imagined. It’s easy to install using the app as it talks you through it all. There are a few steps but it really doesn’t take long at all. Steven and I both have the app on our phones so we can both control them all, and the bulbs are separated according to the room they are in – you can even rename them so you know which is which.

The lights can link with your Apple HomeKit, Google Home and/or Amazon Echo which is useful. You can even connect up to 50 of the lights in one kit – how you would have 50 lightbulbs in your home I have no idea but I love that this is an option. 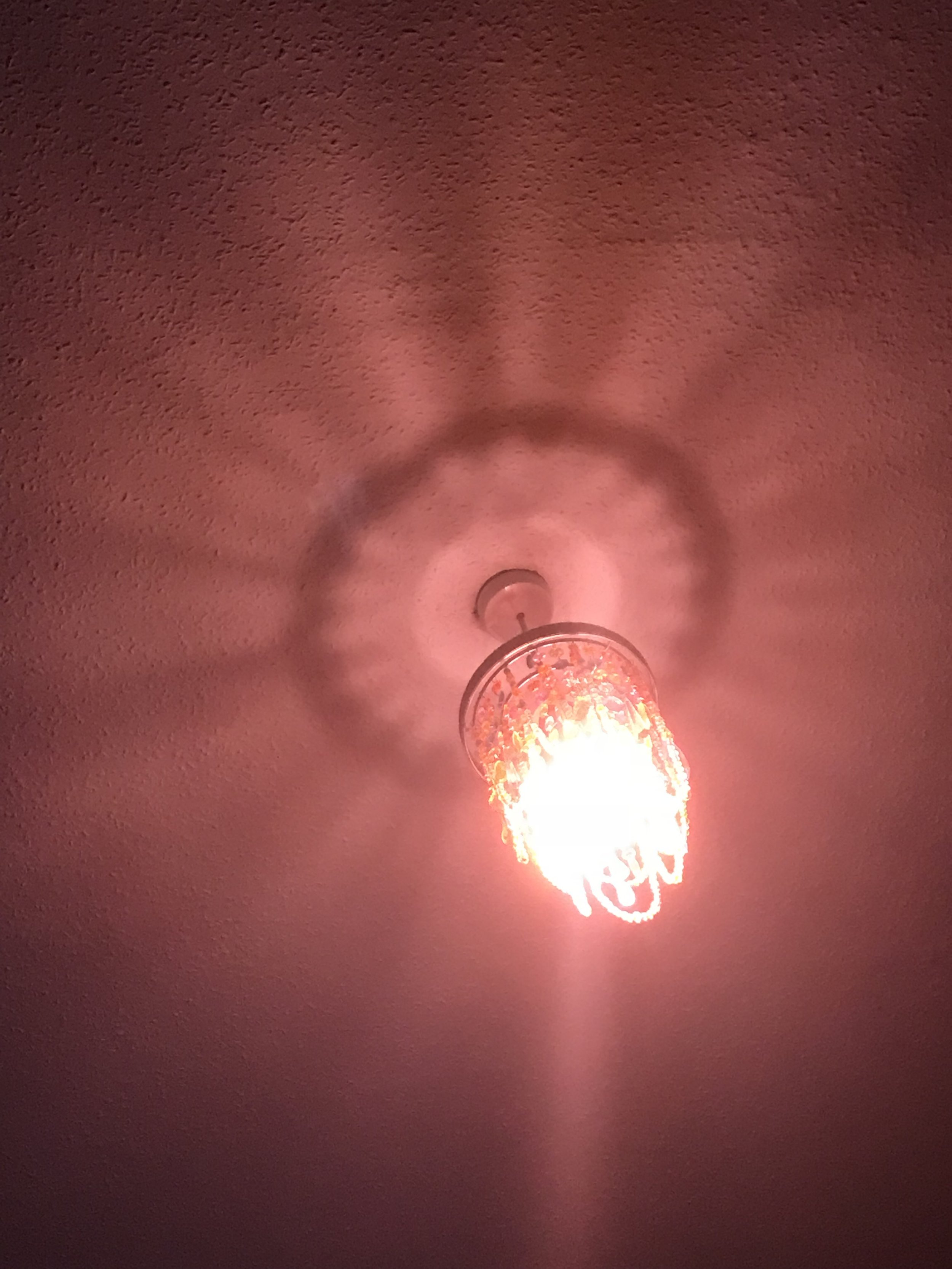 We also try to be super Eco-friendly whenever we can. (I’ll post a blog about this soon but we have metal straws, Steven makes our own cleaning products and we spent a disgusting £9 on green, cruelty-free, organic washing detergent this weekend). I was worried that these would be a huge energy drain but actually, they use up to 80% less energy than traditional incandescents! They also last 15 times longer than a normal bulb, os we won’t have to be replacing them constantly – that’s a saving for our bank account and the planet.

Honestly, I wasn’t fully sold on the lights until we tried them out, and already I’m planning on buying a few more for different rooms in our house, from Maplin. I love the future!