I imagine when most Mums look over at their sleeping babies, they are probably thinking about how beautiful they are with their eyes closed. How relieved they are to be getting a few minutes of peace. The huge list of jobs they should be getting done, instead of staring at their slumbering infants.

My brain works a little differently. I count his breaths to make sure they are normal. I think, in detail, about what would happen in a variety of scenarios. For example, if I died in my sleep, with Steven at work, how soon would someone notice? Would poor Ruben have to go without food, or a clean nappy until Steven came home? My mind fills with the most vivid, realistic images, to the point that I feel the emotions. 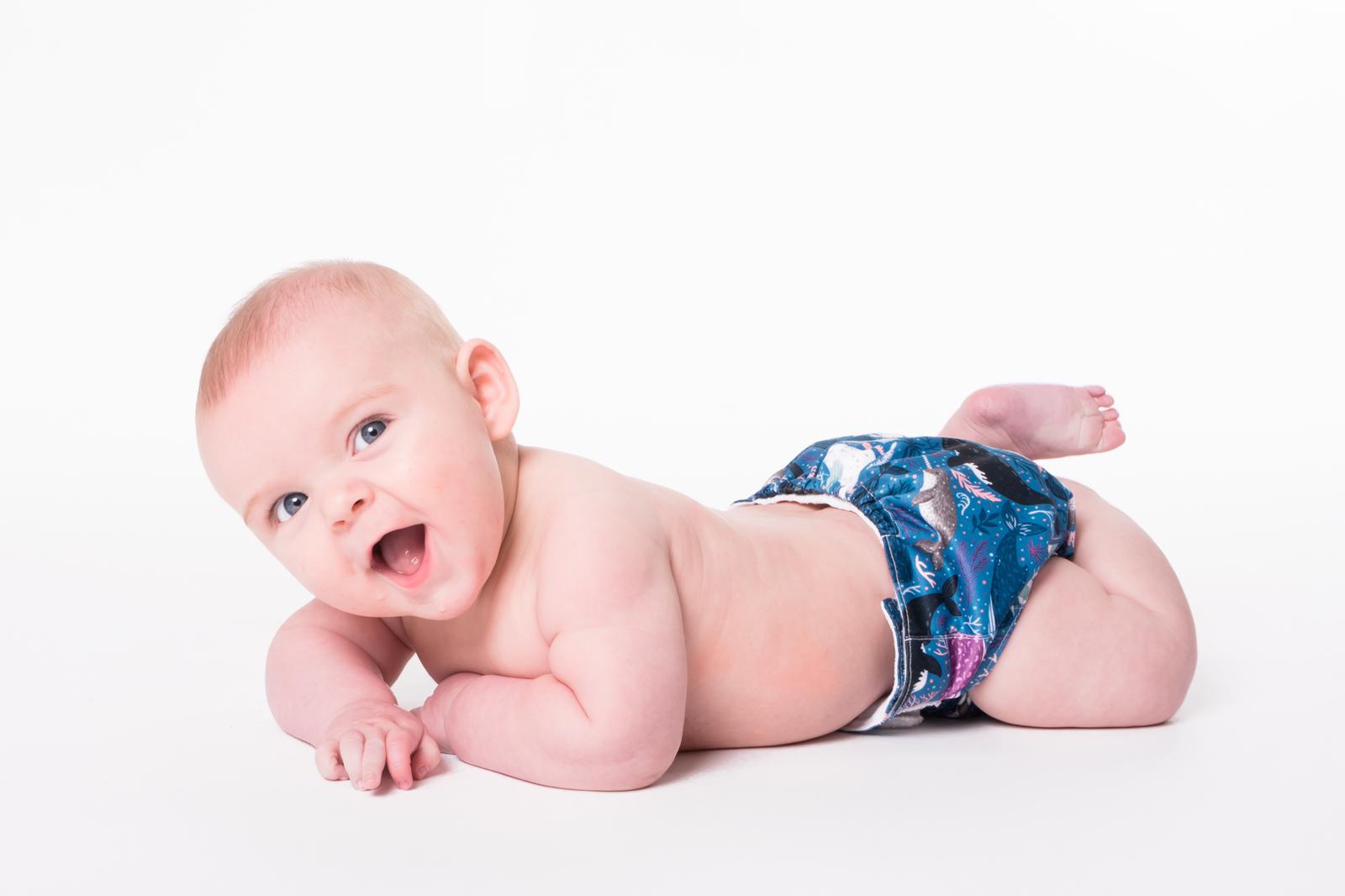 When I lift my beautiful baby out of his cot (breathing a sigh of relief that he survived another night), and go to take him downstairs, I see myself falling with him, both of us tumbling down the stairs, getting horrifically hurt.

My anxious thoughts make me feel so out of control, that my OCD side takes over and gives me things to do to “make sure” Ruben stays safe. If I touch the side of the table like this, if I avoid running over 3 drains with his pram, if I don’t sing certain words in songs – the list is endless. It’s never things like “If I make sure his seat is in right, I’ll keep him safe in the event of an accident” – those things make sense. They are ridiculous rituals that I have choice no but to take part in, just in case it really does affect what happens to him.

A lot of people think that OCD can only be what is depicted on TV – people who are so obsessed with germs that they scrub their hands raw, or insist on their pens sitting perpendicular to one another on their desk. But OCD can also be this type of ‘magical thinking’ that has been in my life for years, but has gotten worse since getting pregnant with Ruben.

Another side is intrusive thoughts. These are so difficult to talk about, but it’s mental health awareness week, so here goes. Do you ever stand on the edge of a bridge, or a high building and think “What if I just dropped my phone down there?”, and it’s a weird urge, but of course, you don’t act on it because it would be stupid. That’s the only way I can describe intrusive thoughts. Of course, I wouldn’t drop Ruben, I wouldn’t crash the car into a lorry, I wouldn’t do any of these things. But my intrusive thoughts make me think I would. And it’s really freaking scary.

Before I learned about intrusive thoughts, I thought I was just “crazy”. It took several therapy sessions before I mentioned them to my lovely therapist, who explained them to me. A lot of us get these thoughts, but some of us obsess over them, and I am one of those people. It was a few years ago, before babies were on the horizon, but she warned me that I would probably suffer a lot with them when my future baby was born. She said that an incredible amount of new mums struggle with intrusive thoughts – they see themselves hurting their babies, holding them under the water, all sorts of awful things, and it makes them terrified. (and rightly so!) but it doesn’t mean that they would ever hurt their children, and I know I wouldn’t either. But it doesn’t stop it making you feel absolutely petrified by the thoughts. 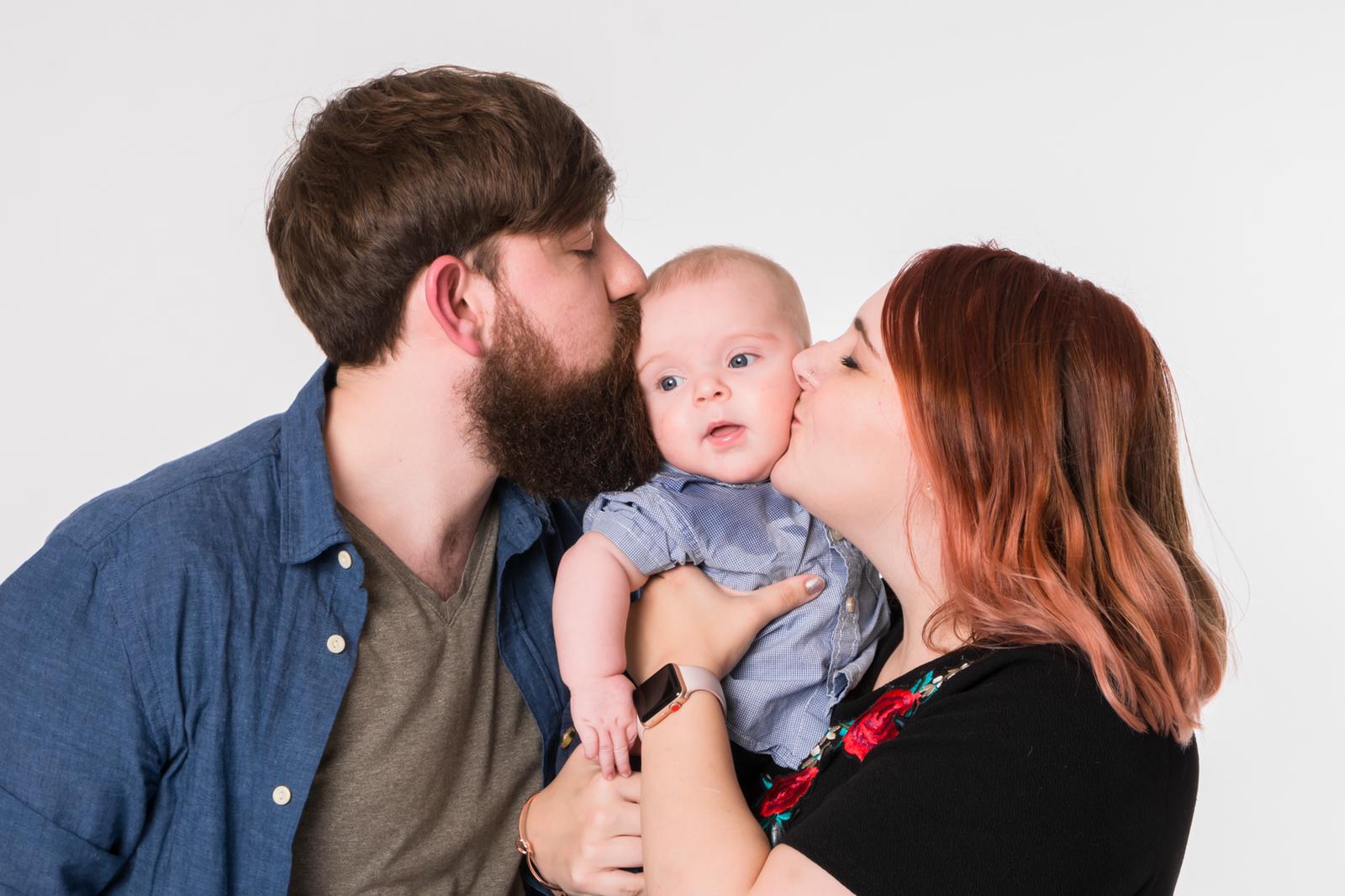 I take pills to ease my anxiety and OCD, and a few weeks after Roo was born, I asked to increase the dose. When we began trying for a baby, I spoke to my GP who did loads of research to help me decide to stay on my medication during pregnancy. I still stand by it being the right choice. I was still a mess, but so much less of a mess than I would have been otherwise! When I asked to increase them, it was a different doctor and she asked if I “couldn’t cope”. She made me feel like a bad mum.

I love Ruben so fiercely, I reckon I could wrestle a bear. I could stop a car with one hand. I would do anything for him. I spend 24 hours a day with him, tending to his needs – and not just feeding, and changing him, but taking him to classes to enrich his development, doing activities to keep his mind stimulated and working my hardest to give him the best possible life.

But sometimes my brain wants to work against me.