Way back in August, as a gift for our wedding, my dear friend Jan gifted Steven and I with a week in her apartment in Menorca. We have never planned trips this far in advance so it was a weird concept to have something to look forward to 10 months in advance, but boy was it needed! 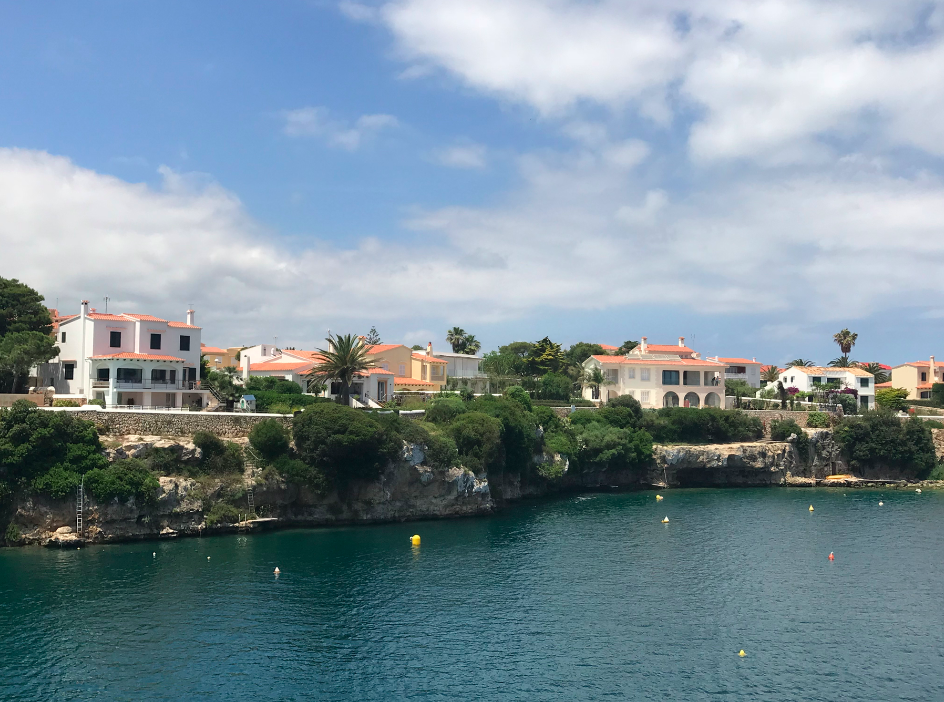 I knew nothing about Menorca before we left – in fact, when it came to booking our plane, I very nearly booked it to Majorca, which FYI is not the same place! We had to fly from London Stansted and return to London Gatwick because it was the best way to get affordable flights, but I’m currently sat in a Pret at the station on the way home which is the perfect time to write about our experience! 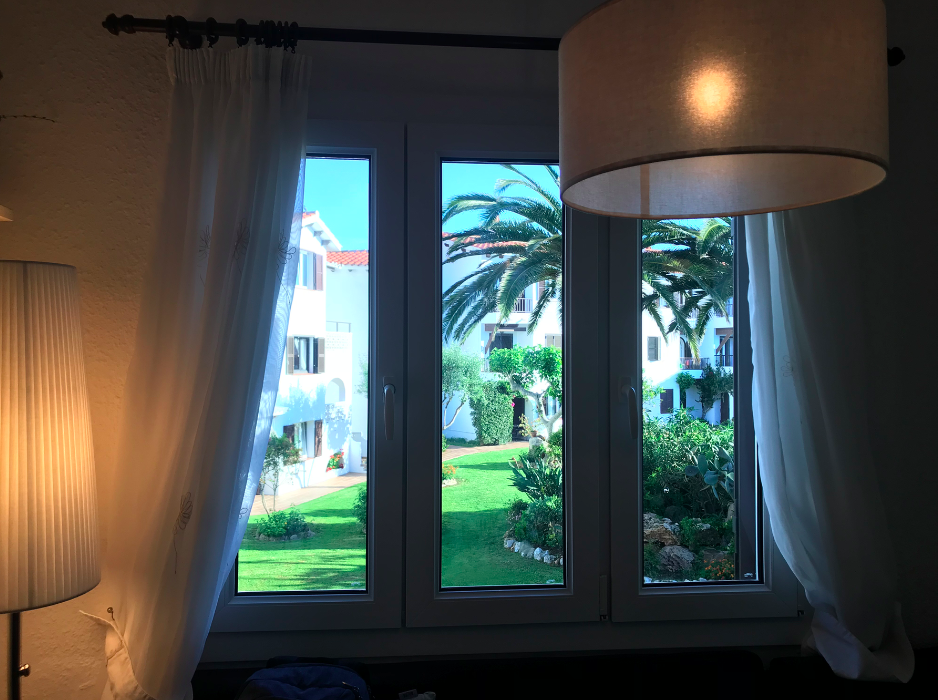 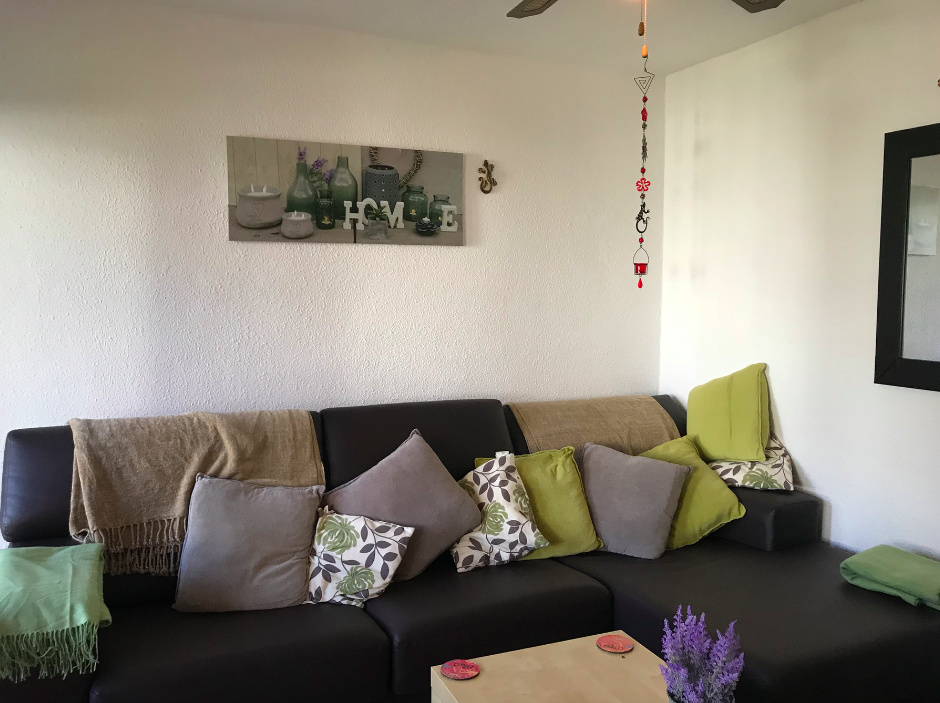 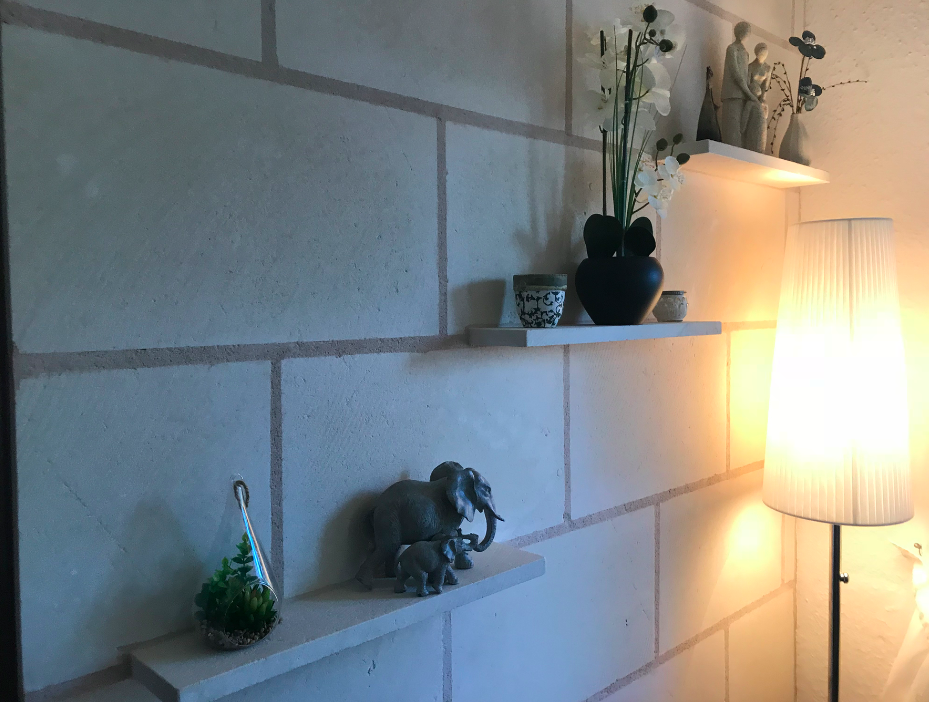 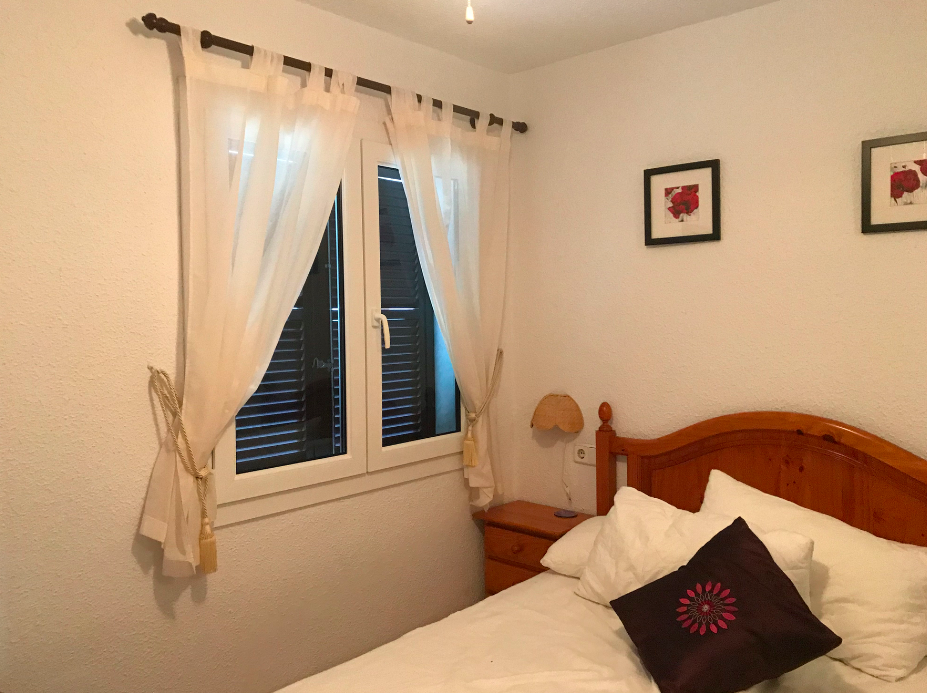 Where we stayed:
The apartment was in a lovely little complex, just outside of Mahon. There was a private pool which never had more than three people in it while we were there, and plenty of green space. The views of the port(?)/harbour(?) I don’t know, watery bit, were so lush. We were a stones throw away from it and there was a lovely little jetty thing which I sat on and read while Steven sloshed around in the water.

There was a little corner shop about a 2 minute walk in the other direction with a super friendly lady behind the counter. We were shookth to find Soya milk in this little shop! We got fresh bread (which was 99% of my diet this holiday!), bottled water, some cereal etc. To get to a Tesco-like supermarket (Eroski), we did have to drive, but only around 15 minutes and it had everything we needed. We got so much pasta, and fruit and drinks – because are you even on holiday if you don’t drink Fanta Limon?!

The apartment sleeps 6 which plenty of room to spare (speaking as someone who shared a room a lot as a child, on holiday and at home, there is plenty of room for two in the two twin rooms!), with a big open plan living and dining area and a kitchen with everything you need (including the kitchen sink heh!). There is a little bathroom with a standing shower (as opposed to a sitting down one?! I don’t know, one in a little glass box, I’m tired!), and then a bigger one with a bath and a shower overhead. There are two little balconies too with lovely views which were perfect for breakfast.

It’s really homely and I would 100% stay again – maybe next time we will bring baby Kinz with us! 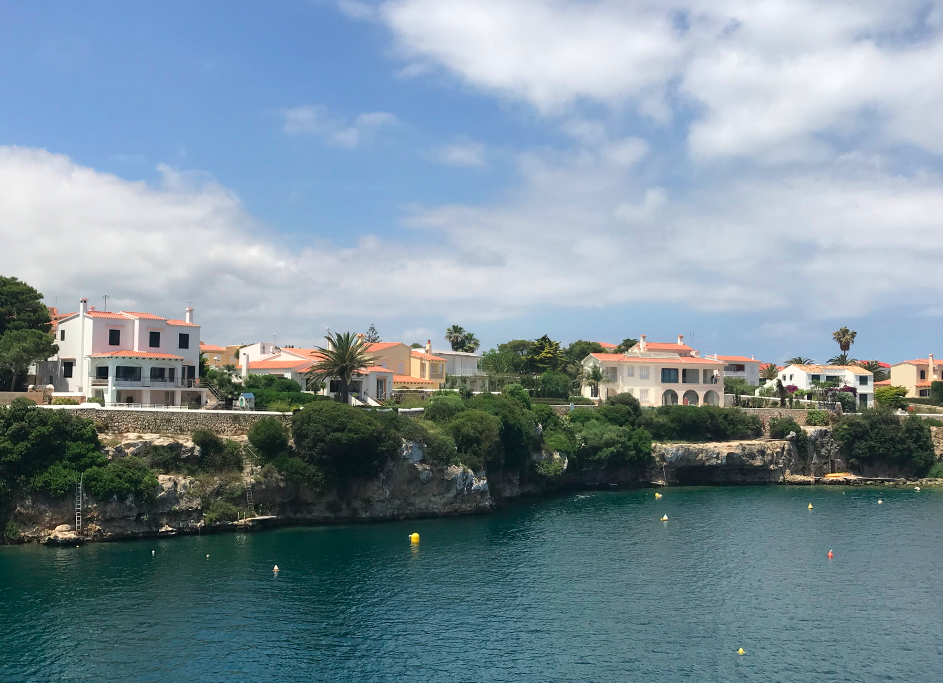 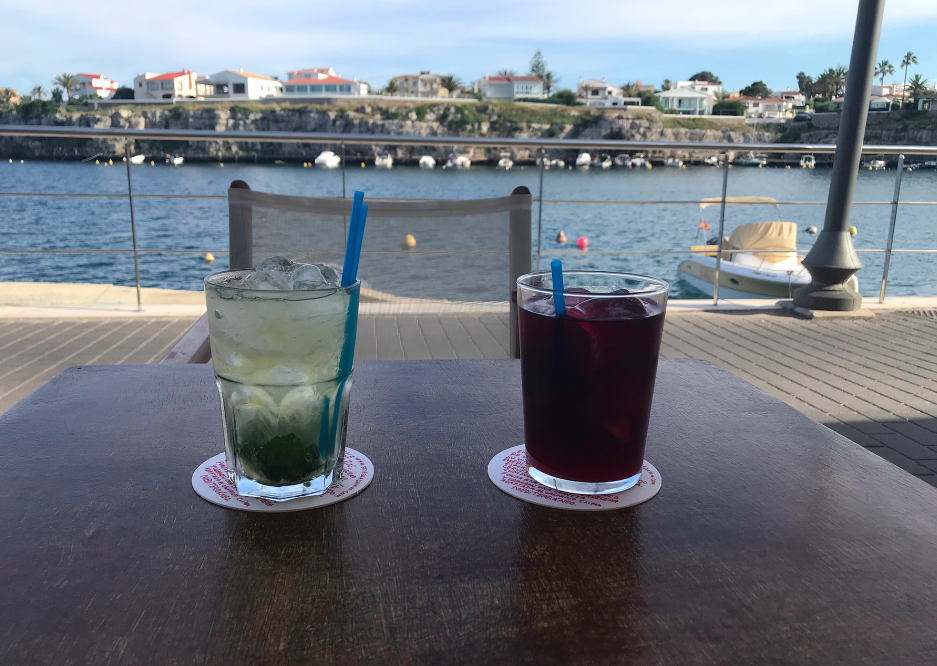 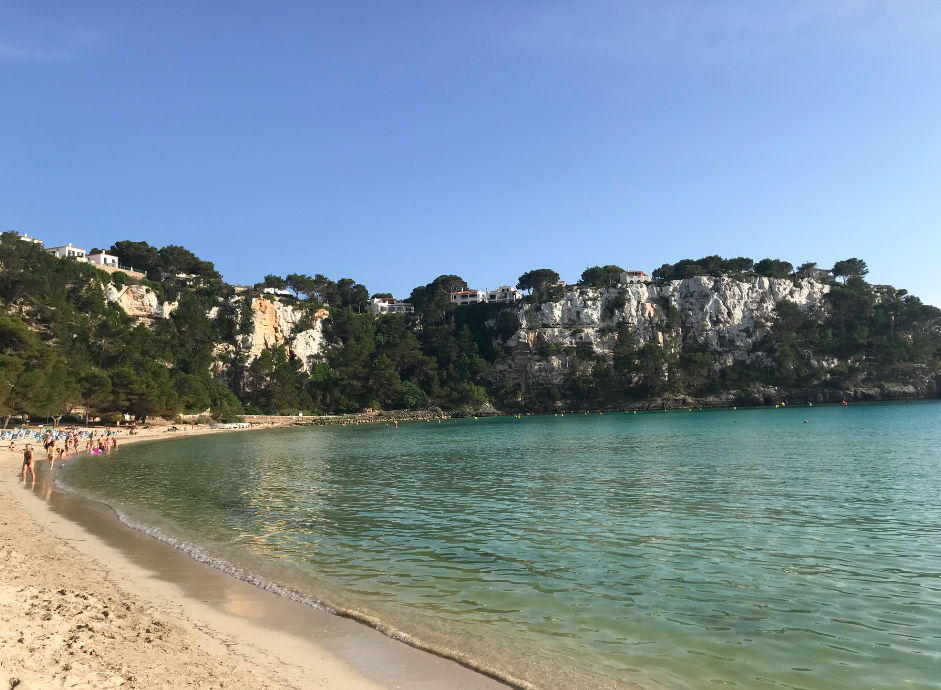 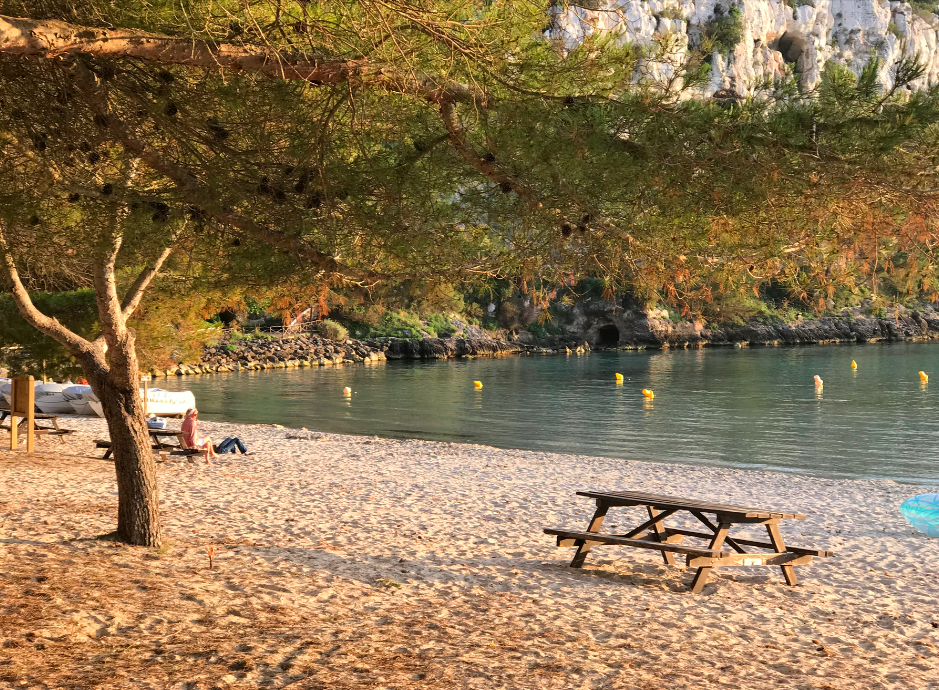 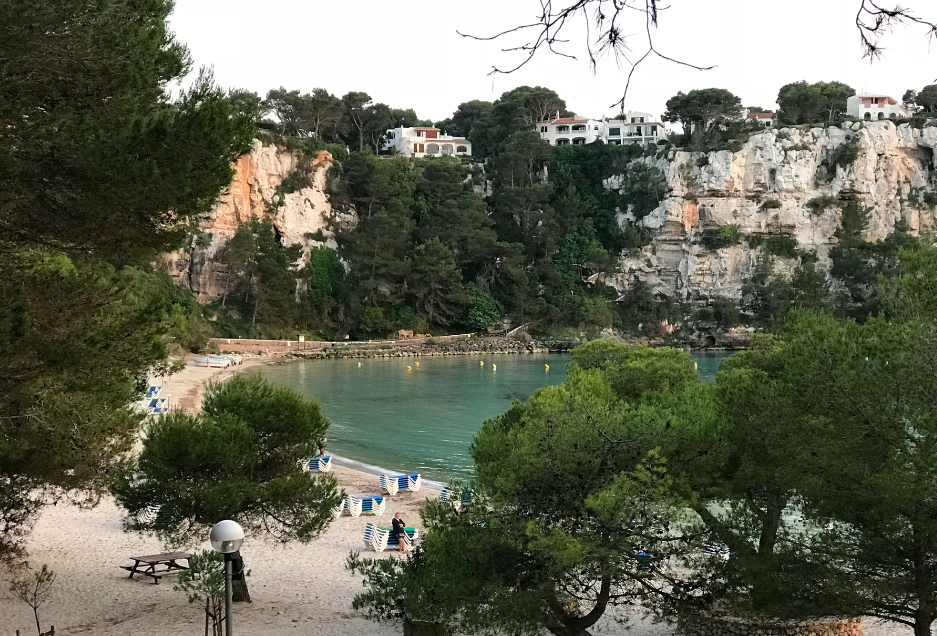 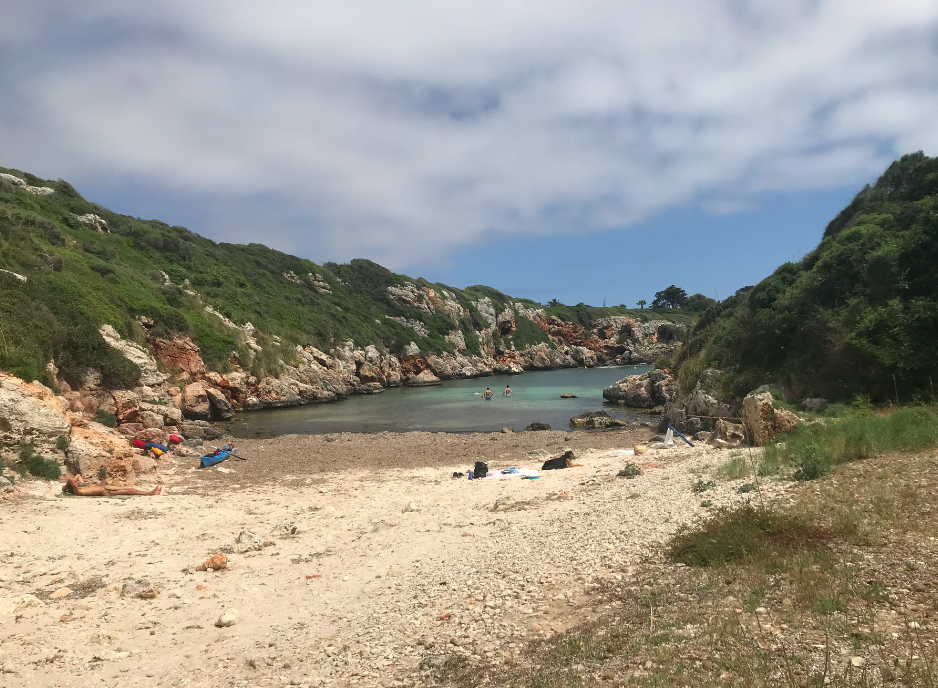 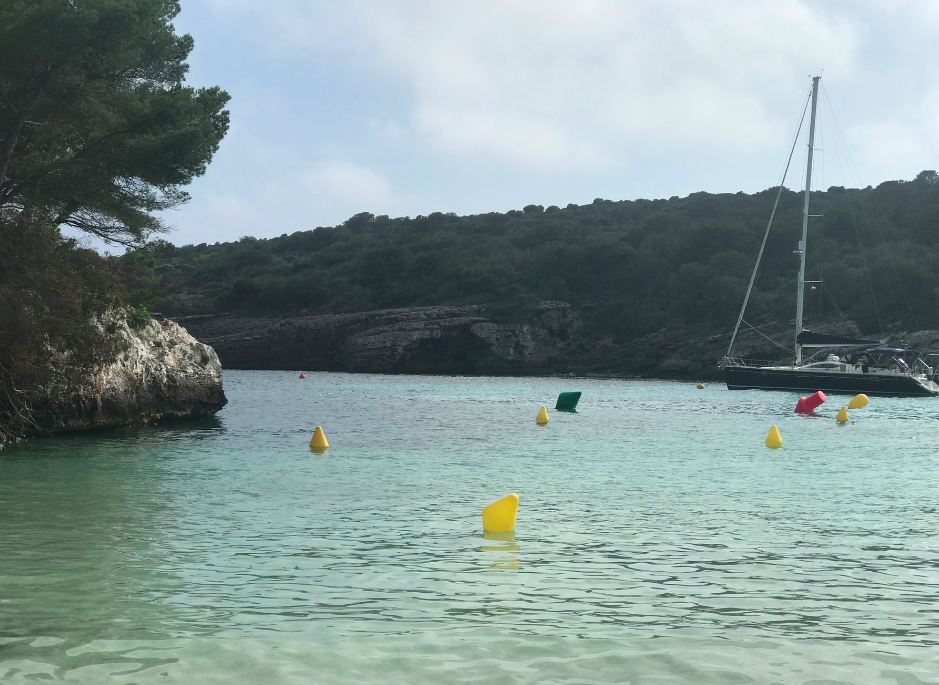 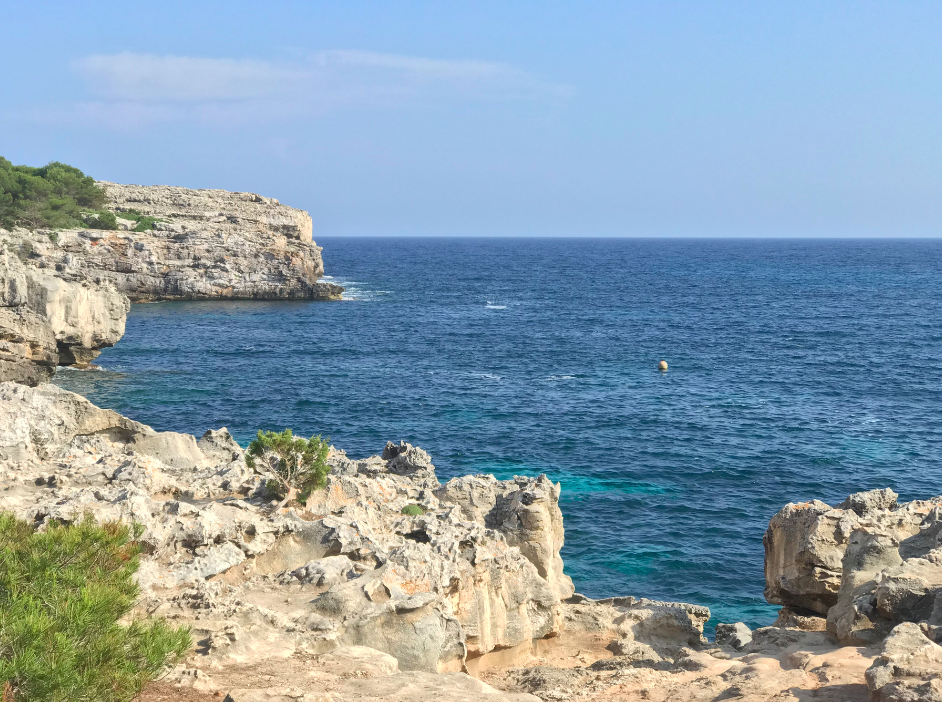 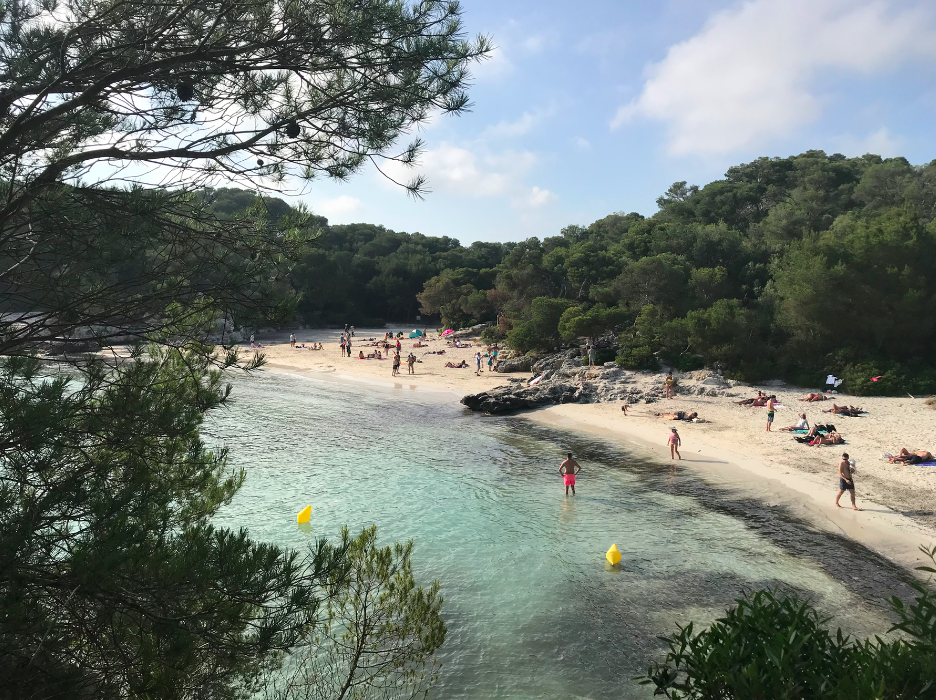 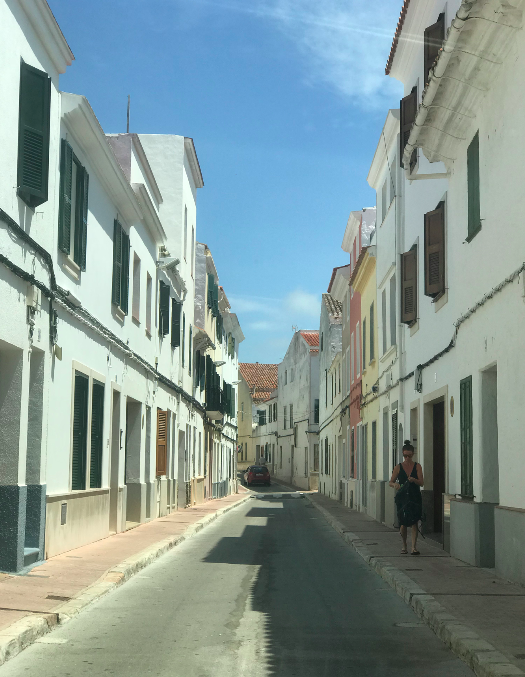 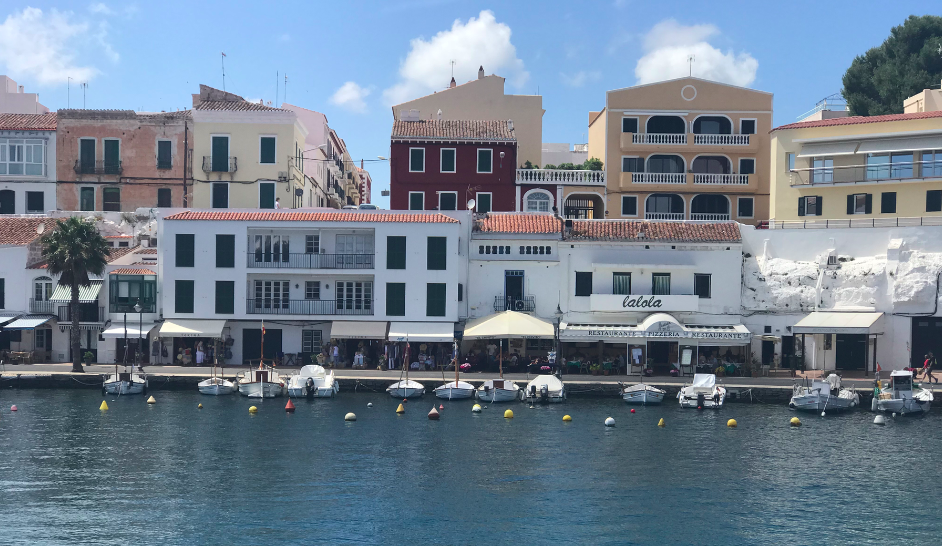 The Island
Menorca is super small which was great because we could explore the whole thing easily with our car – which was a little Fiat 500, as I requested! There were beaches and coves galore, of which we visited only a portion. One of the best was Steven suggesting one that sounded lovely, but was a bit of a trek down a hill. It took us ages to get there, with the sun beating down and it was tiny! Even better, an older man was laid totally naked sunbathing – as we got to the beach he covered his ‘area’ with a sombrero. One of the best moments of the holiday!

The main town area is Mahon which isn’t far at all and lovely place to walk around. Lots of sweet outdoor cafes and restaurants and little shops to pop into. If you are a foodie, pop into The Old Fish Market – an artisan market which offers fresh fish, but also lots of different types of tapas and wine.

One fun thing we booked was a glass bottom boat trip, which was pretty cool, despite the fact that it was far too windy and the glass bottom bit was sort of null-and-void. So we didn’t get to see the fish, which I was really looking forward to, but the tour of the area by water is really interesting, especially finding out about things like the quarantine island that you might not know about if you stayed on the shore. It was really beautiful, however when we went the wind was very bitter, and we were sat on the front at the top so that wasn’t the nicest. However, on a sunnier day, where you can actually enjoy the glass bottom of the boat, it would absolutely be worth the €25 it was for a ticket,

Food
As a pregnant veggie, food was a little difficult for me. Spain is all about the fish (which Steven loved!), and it was difficult to see so much delicious Sangria that I couldn’t have, but I managed just fine haha. I ate a whole lot of fresh bread (Every day. Don’t judge me) and pasta and even tried a veggie paella. It was hard as there were lots of things I couldn’t have, and as a pregnant bean, things I didn’t fancy. However, we found a great vegetarian place called Clorofil•la Cuina Vegetariana which I would highly recommend even if you are a carnivore. It was very cute and Instagramable and the food was lovely. 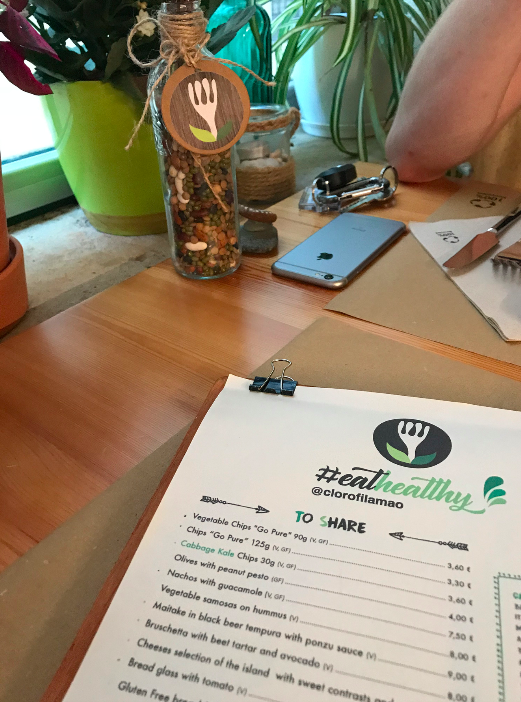 Basically, Menorca was lush. Being pregnant meant I slept a lot and ate very little, but I got to do so in a really beautiful place and I slept so well that week, it was pretty wonderful. We’re so grateful to Jan for the amazing apartment to stay in, and we’re already planning on returning! This time, with our baby in tow, and I’m so excited to check out these family-friendly Menorca beaches.

Also, how beautiful is this man?