As a big fan of magician Dynamo, I was more than a little excited when we were given tickets for Christmas to see the man in action on stage in Liverpool. That said, it was a little difficult to imagine how an ‘up-close’ magician’s act was going to translate to a huge arena crowd – especially for those of us who are pretty short sighted!

Obviously I don’t want to give any of the actual content away, but if you get a chance to go, you really should. Not just for the magic, but the sweet insights into Dynamo’s own life growing up and the path that led him to become who he is today. The tricks were fast paced and varied, with audience participation (thankfully not myself!) and interspersed with videos and animated stories – all of which tied the show together nicely and gave it a semi-narrative.

Obviously he did some classic ‘Dynamo’ stunts including levitating – these were the parts that I found myself less engaged in (although interestingly were Steven’s favourites) as I had a few ideas of how it could be being done. The most interesting parts to me, were the things that could not have been possible in any way, shape or form!

Particularly mind-blowing, was anything he did involving members of the audience. It’s easy to say that every person who ended up on stage was a plant, but the method of choosing the participants was so clearly random – for example the audience threw balls around the arena until the music stopped; Dynamo facing away the whole time – that it seemed nearly impossible to believe that it could have been fixed in any way.

One slightly uncomfortable, although clearly very necessary, part of the evening, was the constant reminders that mobiles were not allowed to be seen out at any point.  Of course this makes perfect sense – it’s not only incredibly rude to have your phone out during a show, but filming it would totally spoil it for everyone else. That said, the security who were patrolling, glaring into the darkness to catch any naughty rile breakers were a little distracting.

There were moments during the show where I audibly gasped – as did those around us – and even the odd teary-eyed moment as Dynamo discussed his Grandfather and the influence he’d had on his life. It was as much about Dynamo as a person (and a rather likeable one at that!) as it was about the illusions which was a really fresh approach to the show which I really wasn’t expecting.

We left the arena with minds racing, feeling weirdly connected to those around us, as we knew it would be impossible for anyone else to understand what we had just seen. Even as we sat in the car (for 45 minutes!) waiting to leave the carpark, we couldn’t stop talking about our theories and expressing wonder at the seemingly impossible.

From being a little sceptical that it wouldn’t translate to stage, to already planning to get tickets for his next show – I’d say that was a success! 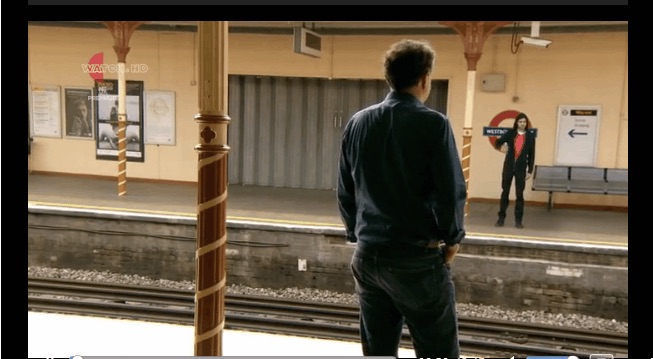