Being a blogger is sometimes hard and stressful. However, some days, you get to hang out at a beautiful spa, with wonderful people and call it “work”, so I can’t really complain! And my day at the Volair Spa was certainly a high point!

The kind folk at Volair Spa at Knowsley Leisure & Culture Park invited myself and a few other bloggers to come and experience their spa and I really wasn’t sure what to expect. Spoiler alert: it was amazing. 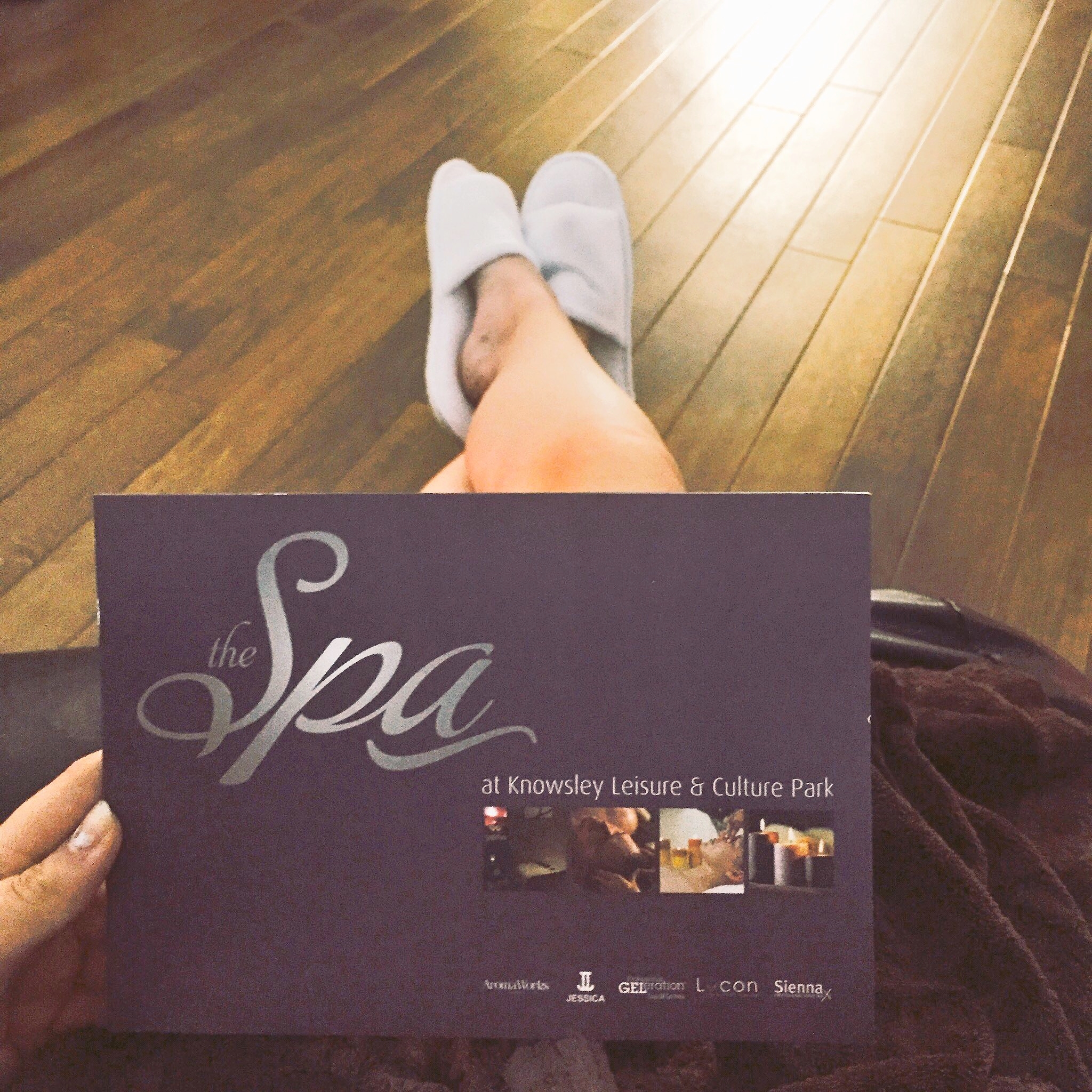 <Sidenote> Usually, a spa inside of a leisure centre (as I assumed it was) would be a bit of a turn off to me, but I think it’s an insult to call the Knowsley Leisure & Culture Park a leisure centre as it is one of the most incredible buildings I’ve ever been in. It’s a really cool, modern business, filled with art work and quotes and is such a welcoming building that you feel relaxed the moment you step in the main doors. </sidenote>

We were met at the spa by Hayley, the Spa Manager, who by the way, is one of the most genuinely lovely people I have ever been lucky enough to meet! She has such a beautiful energy and I could listen to her talk for hours, she was great.

Hayley sent us off to the changing room to get into our bikinis, huge brown fluffy robes and slippers. The changing rooms were immaculate, modern and welcoming. I really think changing rooms can make or break a spa and these were wonderful.

We were then taken in to the relaxation room to enjoy tea, coffee, juice and pastries, and chat with the other bloggers. I sat myself in a huge beanbag with a cup of herbal tea and a pastry and was already feeling more relaxed than I have done in weeks – we hadn’t even started!

After a bit of chatting, we broke off into two small groups. The idea of the day was not just that we would get pampered and freebies (although we did!), the day was set up to be more interactive and hands-on which I love. I was in a group of just three of us, and our first session was with Hayley.

This session was “How to take off your make-up”.

Confession time: I do not always take off my make-up. In fact, I rarely do. Because I am a failure.

So Hayley told us the reasons we need to take off our make-up (TL;DR – your skin won’t regenerate well because it can’t breathe and you will look old before your time and have dull skin – ew). We then went through a routine to take off our make-up, using the beautiful AromaWorks products which smelt so amazing!

We started with our eye make up which is something I often struggle with as I wear a lot of eyeliner and with wearing contacts, I have to be careful not to rub too much. So imagine my surprise when we rubbed the Purity Eye Cleaner into our fingers, held our fingers on our eyes, gave ourselves a nice little massage and with no effort or rubbing whatsoever, my makeup just glided off my eyes! 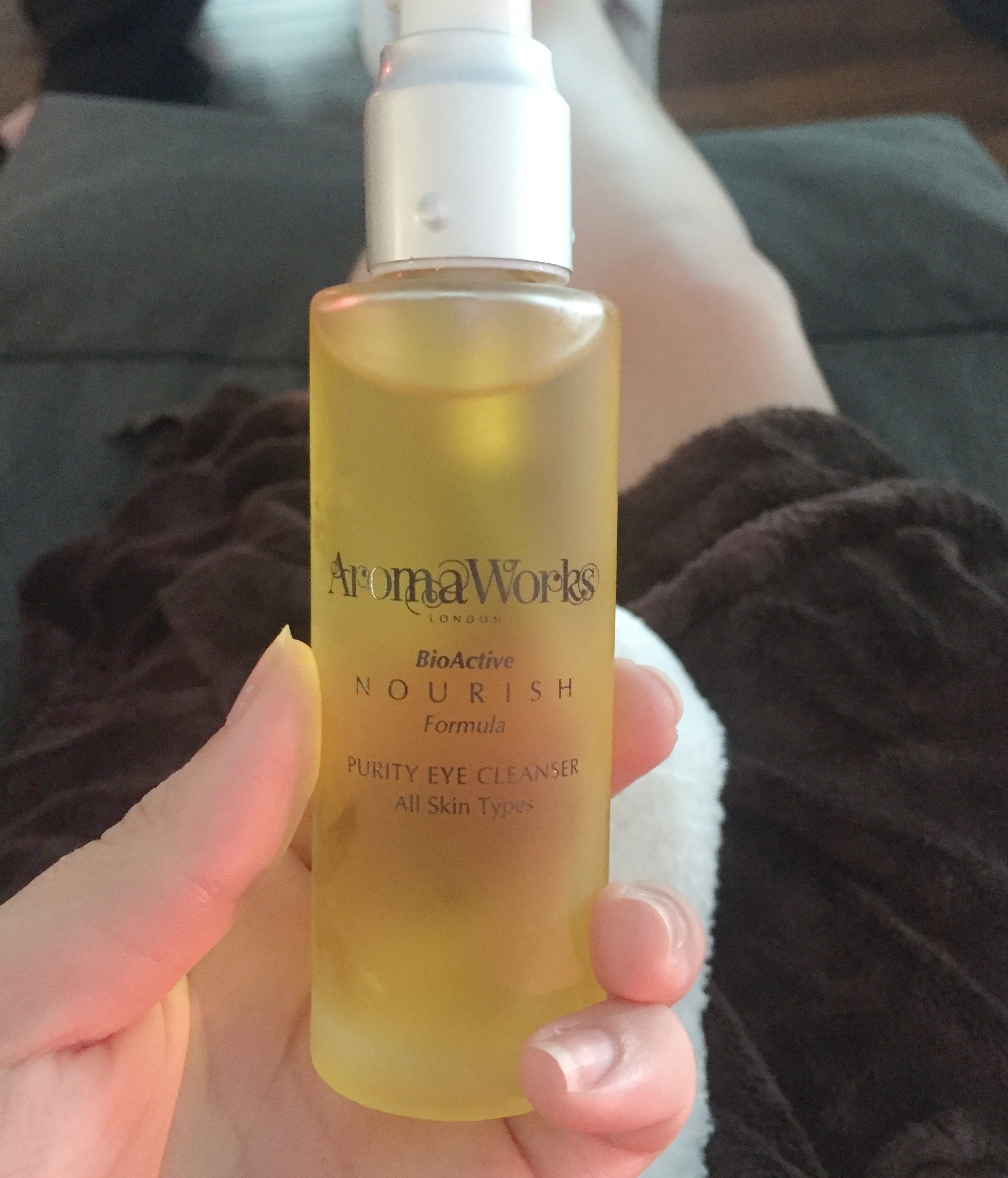 We also learnt about pressure points and how you can manipulate them with your ring finger to release pressure – I’ve been using this loads recently as I’m suffering with sinus pain and it works every time!

We then moved on to general cleansing, and here is where a bombshell was dropped. Not only should you cleanse once at night, but you should actually cleanse twice! To a girl who doesn’t even manage to do it once, this seemed insane, but hearing the reasoning (on the first go you take off most of your make up but what about the bits that get missed? Or the dirt that’s hiding a little deeper?!) I am now a convert! We were handed a hot flannel and shown the best way to rub in the cleanser to get ourselves a little face massage at the same time – it was lush! 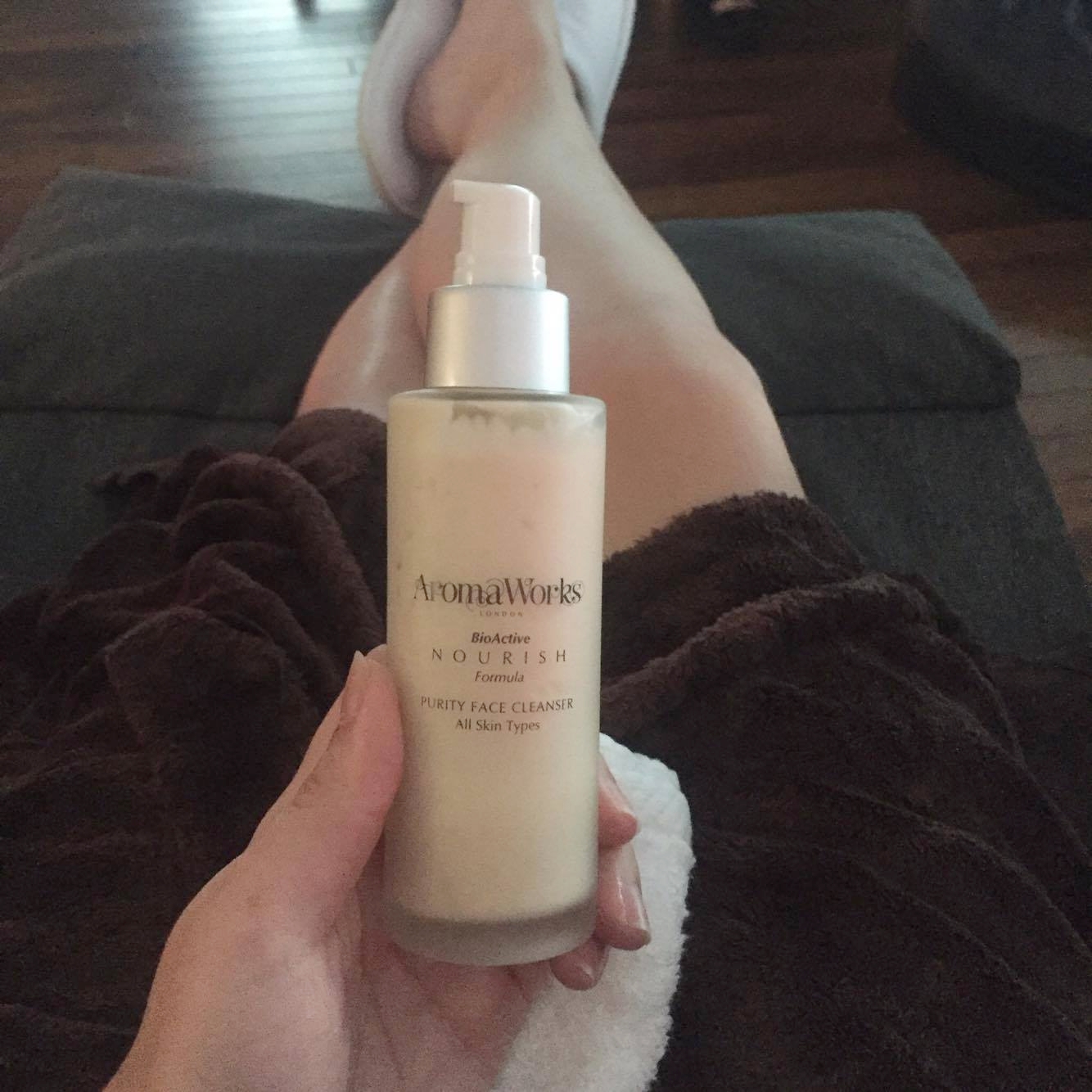 We learnt the importance of toner (rebalancing your skin) and used some on a cotton pad that had been lightly dampened which helps the toner not sink into the pad but sit on the top ready to go on to your skin – genius! 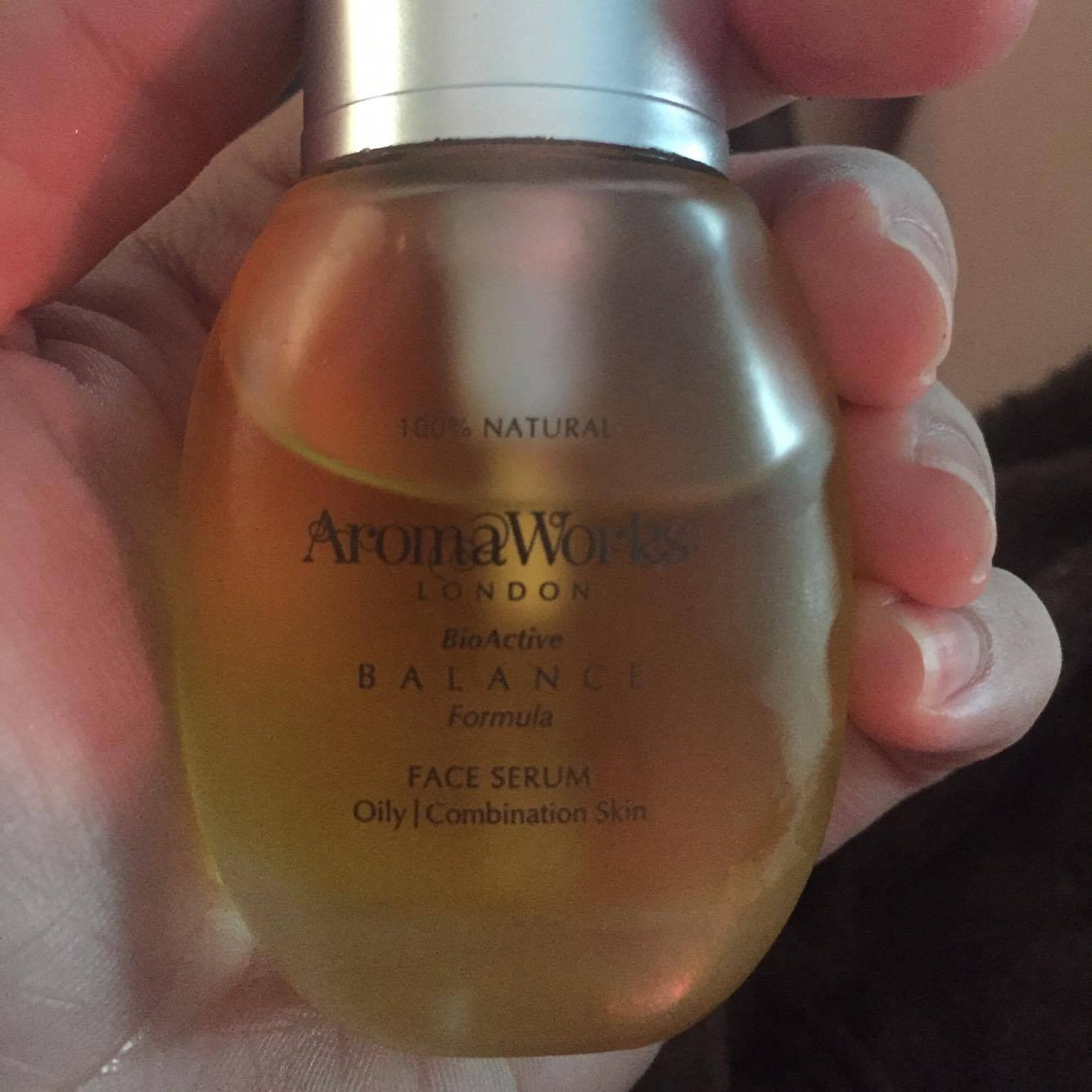 We discussed our skin types and the various issues we suffer with and decided that we all had combination oily skin. We finished the routine with the most beautiful face serum. Of course, as oily skinned humans, we were concerned as to whether this would sit badly on our already oily skin, but actually, it was a dream. My face felt incredible and I had to try not to keep touching it!

The session was such a laugh with Hayley and I felt like I learnt loads. After years of being told that I need to take off my make-up, I’ve finally taken notice – watch this face! 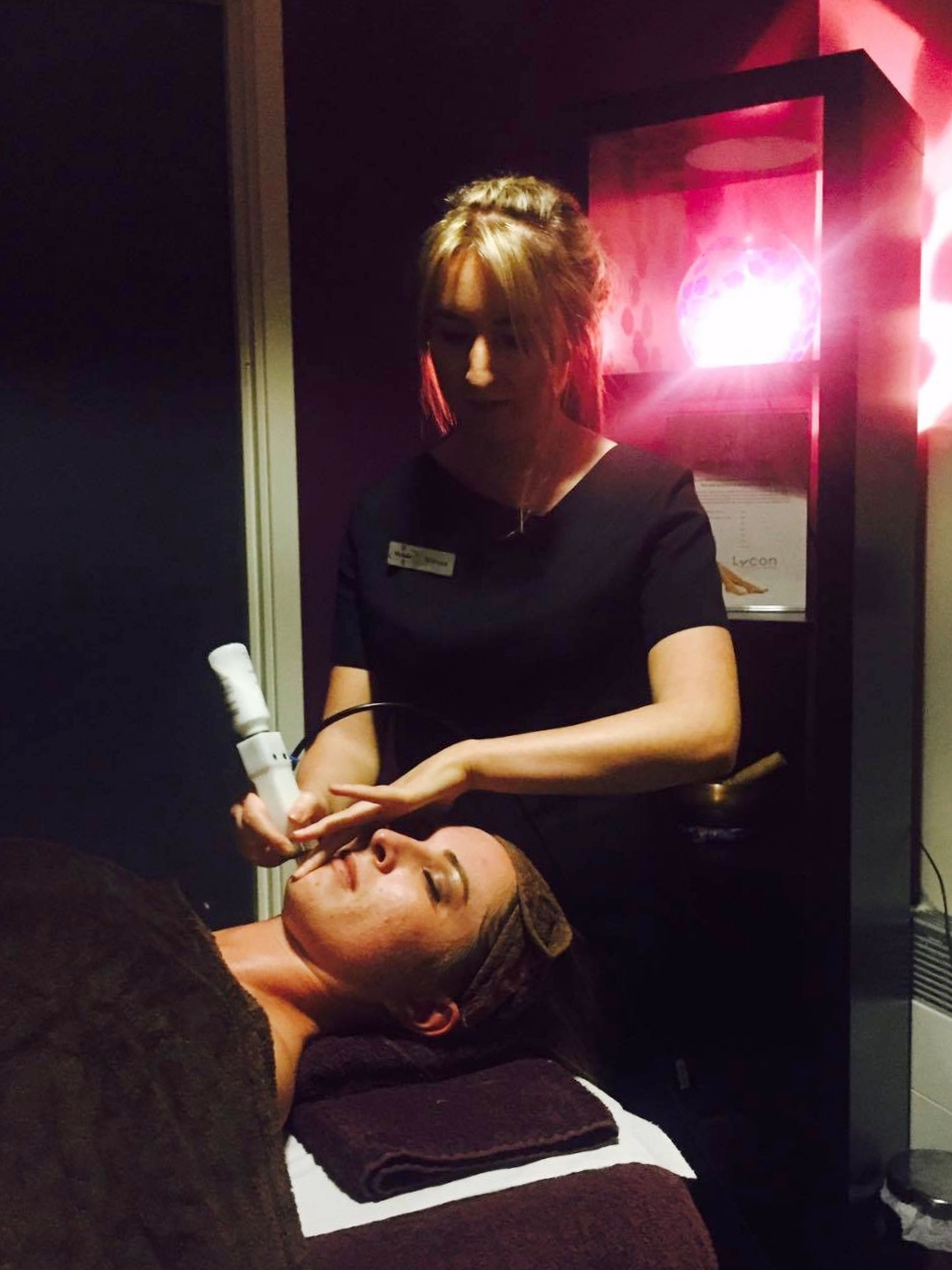 Next, we were taken to watch a live demonstration of microdermabrasion; something that we all agreed sounded terrifying! The idea is that a little machine shoots teeny, tiny, microscopic crystals on to the skin and sucks them back up again to remove dirt, black heads and exfoliate skin.

We were shown how the treatment feels on the back of our hands and we were all surprised to find that it didn’t hurt at all – it wasn’t even slightly uncomfortable! It even seemed quite relaxing! You could really see the difference after just a taser session, and as it is something that is supposed to be done as a course of treatment to get the best results, you can only imagine how amazing you could look (side note: I am considering a course next year in the run up to the wedding! Eee!)

Then it was time for lunch. We enjoyed fruit, sandwiches and crisps as well as a nice glass of bubbly. We were all back in our big group so it was great to hear about how the other session had gone.

After lunch, it was time to swap and we were sent down to the thermal spa. It was such a beautiful haven and the second you walked in you instantly felt relaxed! We each chose a body scrub, after a good sniff, and I chose the grapefruit. 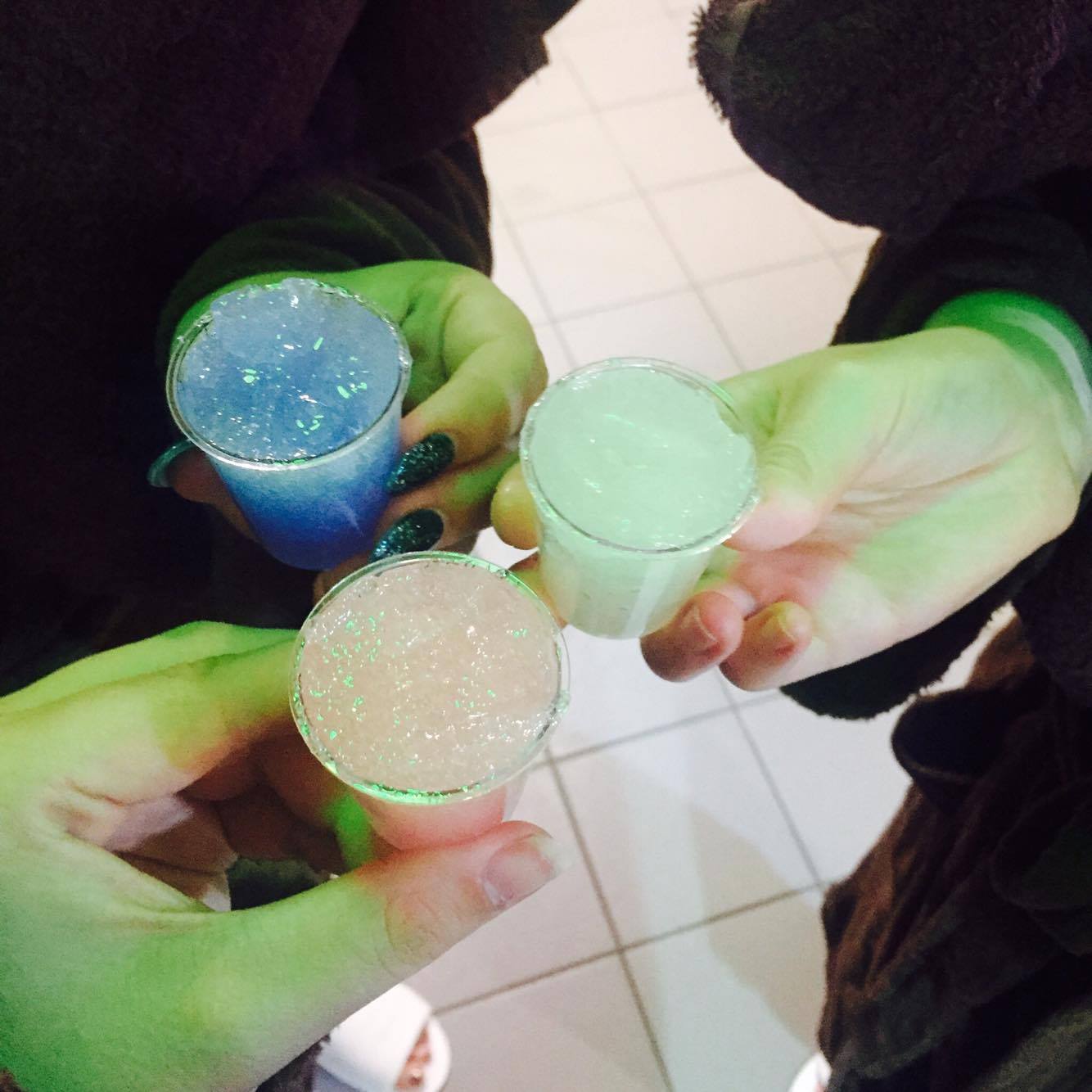 We began by jumping in the sauna and just chilling (or not so chilling as it was really bloody hot!). It felt amazing to feel all the gross bits being sweated out (Ew!) and after a quick, refreshing shower, we jumped into the steam room. The was a different experience of heat as it was, of course, a lot wetter, but it felt so relaxing and detoxifying. 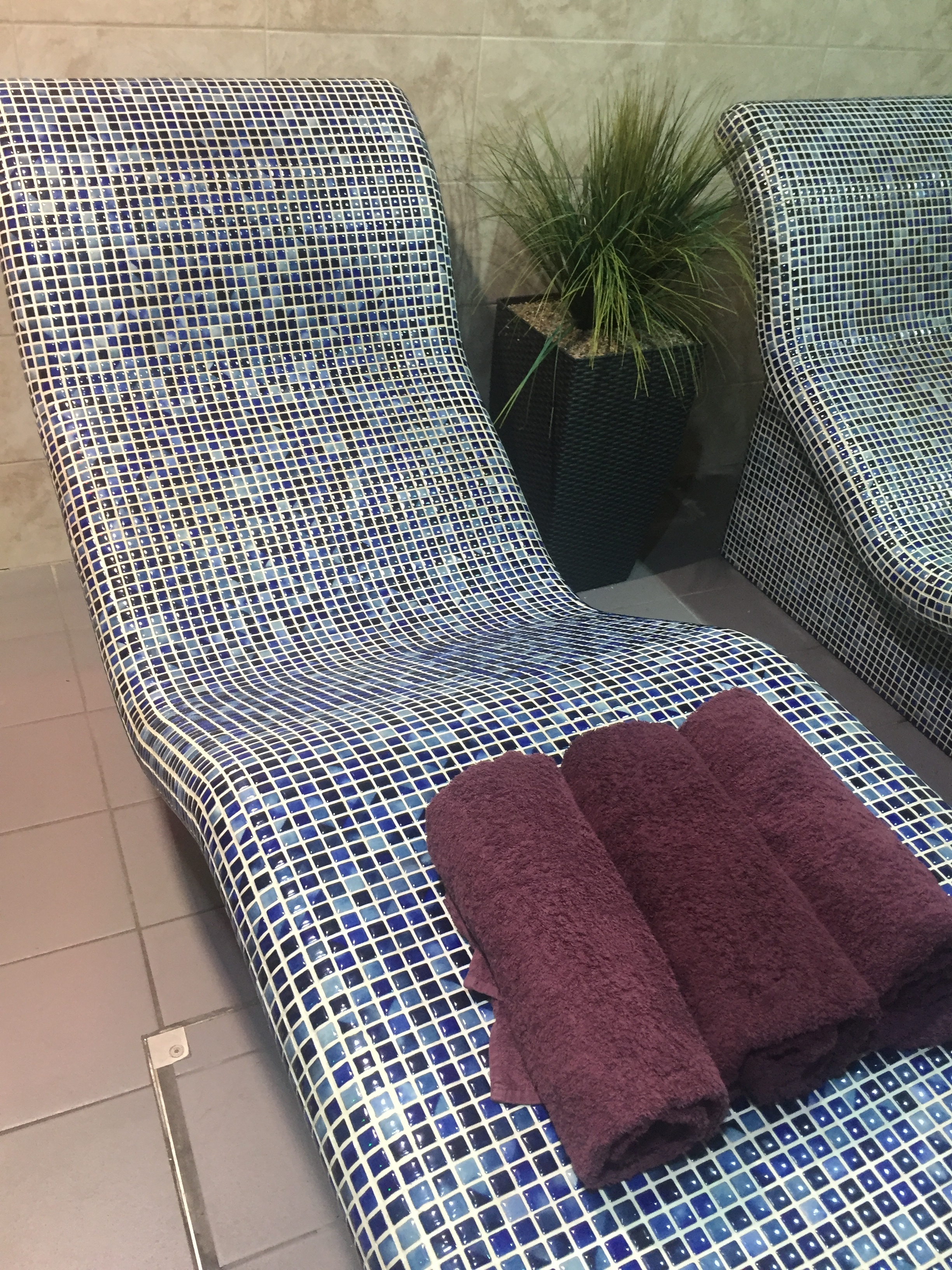 After hopping out of there, we grabbed our scrubs and went to town! I love the feeling of a good exfoliation and the smells were so intense, it was amazing! We had another shower, this time making sure we rinsed off all of the scrub before jumping into the jacuzzi. The water was just right and there was more than enough room for the three of us to sit and chat and relax. It was a struggle getting out after such a blissful afternoon!

All too soon, it was time to dry off, cover ourselves in moisturiser and head back upstairs, where we were very kindly given a goody bag, full of sample products that they use in the spa, as well as a voucher to come back for a treatment! I’ve already decided that I am going to treat Steven to a spa day here when he finishes a big project that he’s currently working on. It’s really affordable and now that I’ve been here, I can safely say that it is more than worth the money! 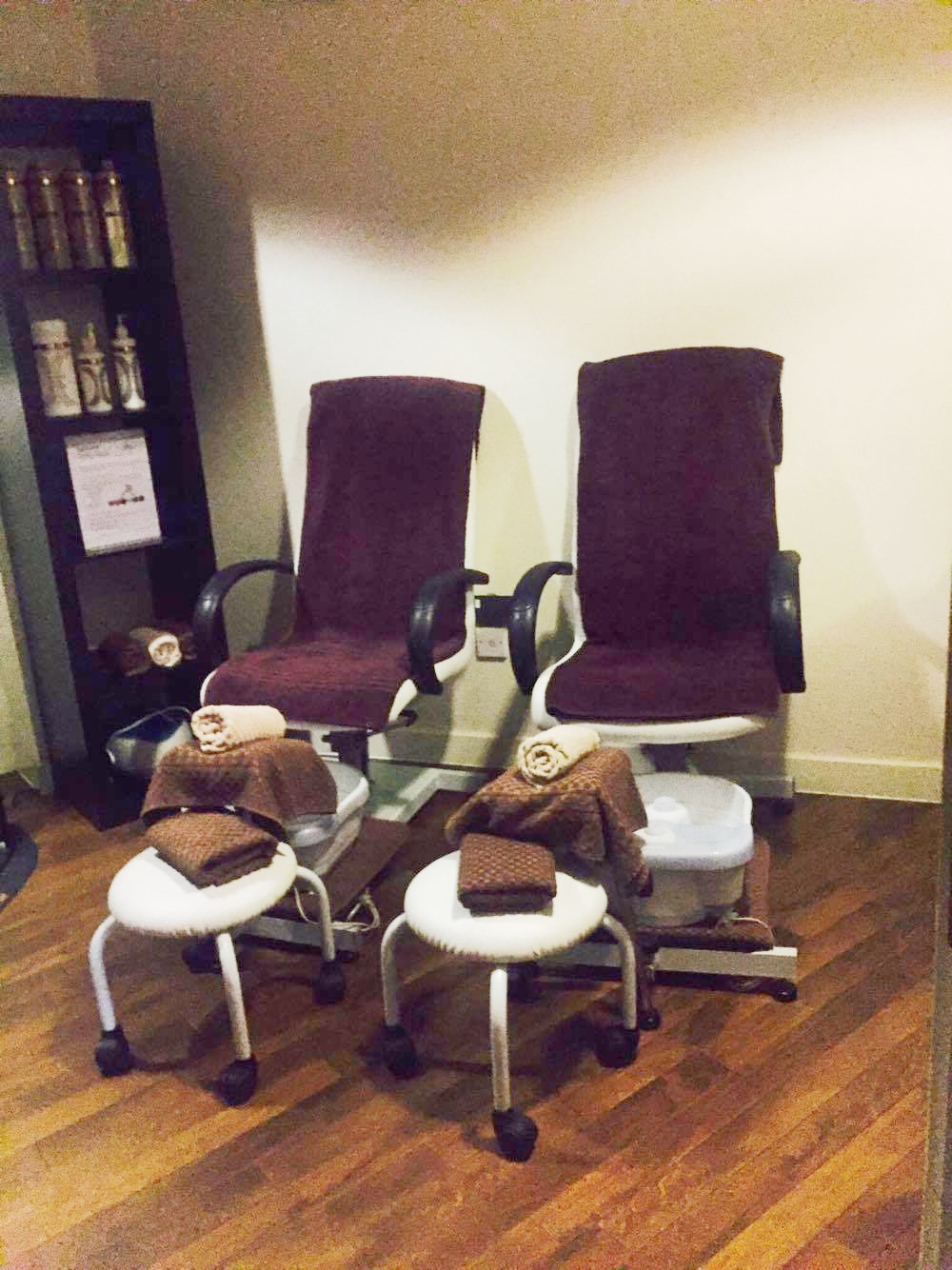 A huge thank you to the team from Yellow Marketing and everyone involved in Volair Spa (especially the lovely Hayley!) for inviting us and welcoming us. I feel as though I have stumbled upon a hidden gem and I want to shout about it from the rooftops!

*I was invited to try out the facilities by Volair Spa for free, however I was not obligated to write a review. All my opinions in this post and honest and true and not even influenced by the fact that they were lovely and gave me bubbly!