When it came to our honeymoon, I wanted everything to be perfect. We travel a fair bit (although it did slow down while saving for the wedding so looking forward to picking that up again!), so I wanted this trip to be extra special. Don’t get me wrong, I wasn’t about to drop a few grand on upgrading our flights, but when I heard about about the Virgin V-Room, it seemed silly not to go for it.

So what is the Virgin V-Room?

Basically, it’s a private airport lounge for people who fly with Virgin. It comes with free food, wifi, a quiet place to chill, and if you pay a small bit extra, you get drinks included too – so of course we went for that option! When we first tried to book it they were completely full and I was gutted. They put us on their waiting list and in the meantime, I tried to get excited about the other lounges we could go in… but I just couldn’t – none of them had as good a deal. 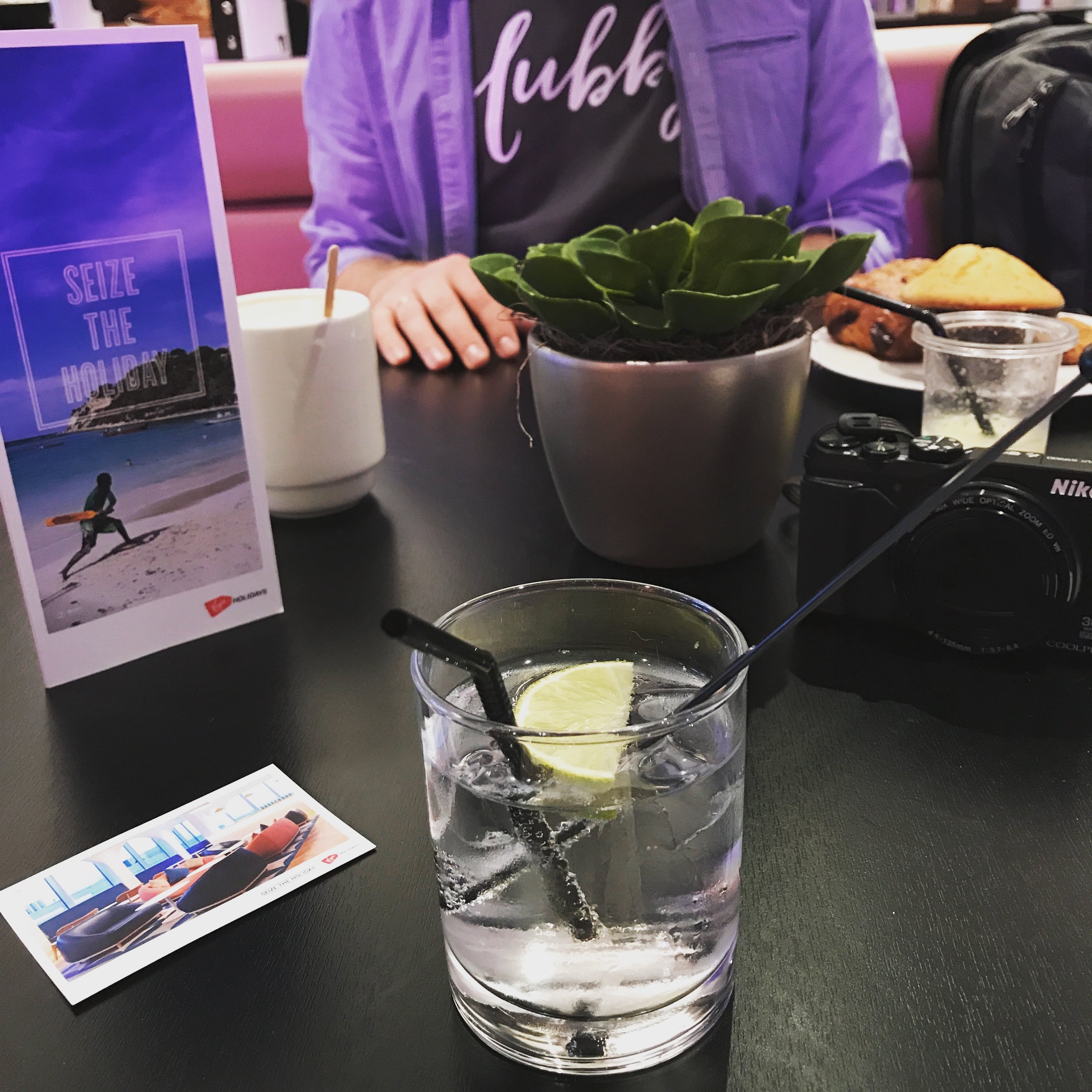 Thankfully, just a few weeks before we were due to leave, we got a call and there had been some spaces opened up, yaaaas! We paid £60 for us both to have the upgraded packages, (although prices differ!) which if you think about how much it can cost for two breakfasts, two hot drinks, two alcoholic drinks and the other various crap you buy at an airport because you’re bored, then £60 is a bargain!

The V-room itself was a lot quieter and more chilled than the rest of the airport, as you’d hope. There was a full breakfast buffer, much nicer than you tend to find in most hotels in fact! Steven had a full vegetarian breakfast and said it was incredible. He then followed it up with several pastries too because he has freaking hollow legs and/or a giant tape worm!

I had some cereal (coco pops because I am a small child at heart!) some fruit and yogurts and a freshly made lime and mint lemonade. Also, a really strong G & T because Vegas!

When it comes to the alcohol included on the higher package, it’s a really great selection. It’s all bottled beers/lagars etc, a house wine of each colour and your basic spirits (so Smirnoff, Gordon’s, Bells etc). The only category it doesn’t cover is champagne or prosecco which is a shame but really who’s complaining?

Honestly, it was so worth the money. We felt special, the staff were so friendly, it was clean and tidy and they even had really cool cabanas with little beds which we saw were reserved when we got there. It wasn’t for at least an hour that we realised that one had been reserved for us! Such a lovely gesture to celebrate our honeymoon and you know your girl had the best lie down with a glass of wine while waiting to be called. 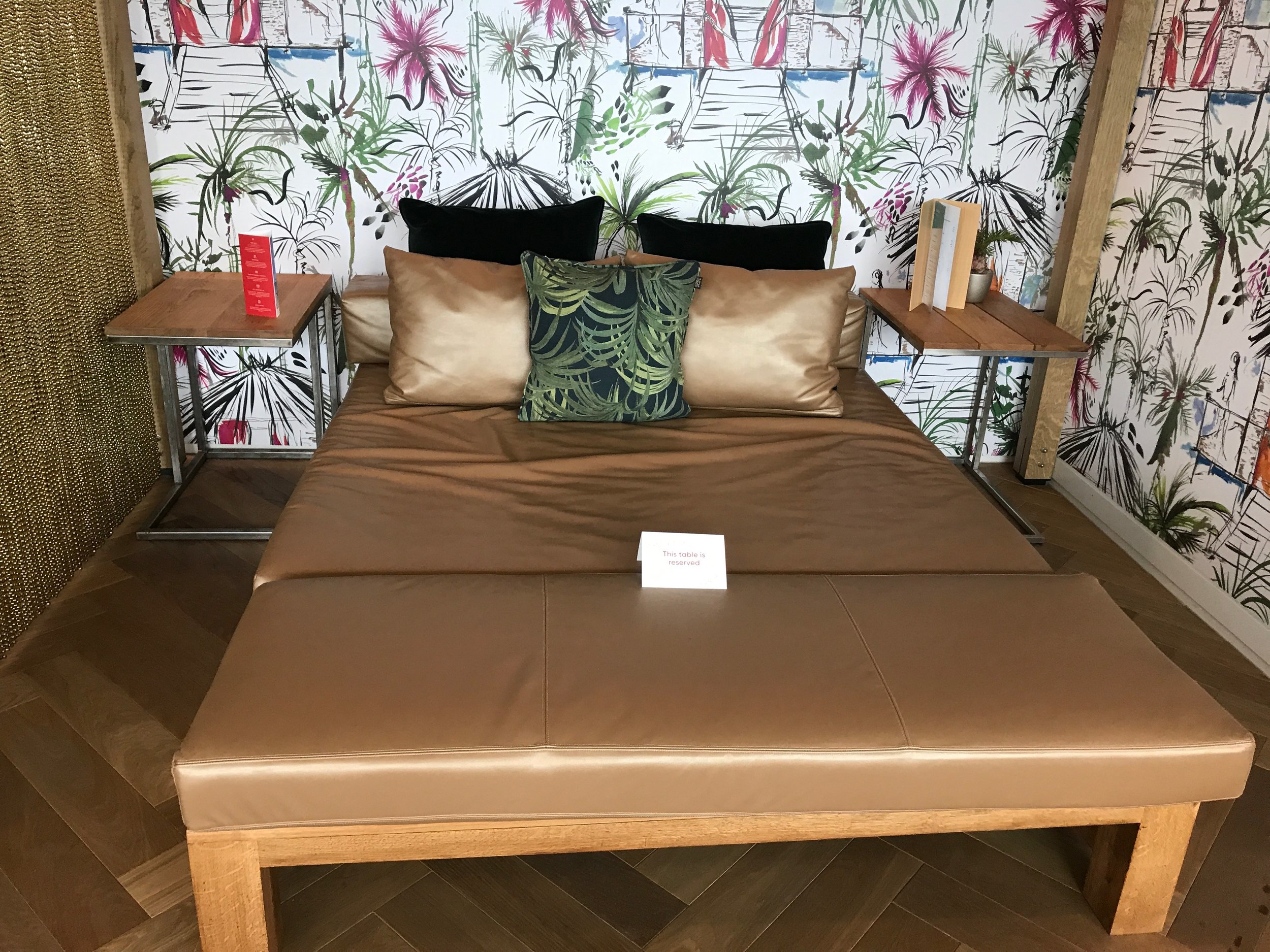 It really was an embarassingly long time before we realised that the sign was for us…!

I thought this would be a one-time honeymoon treat but I would be willing to do it again for sure. Now to book the next holiday…! 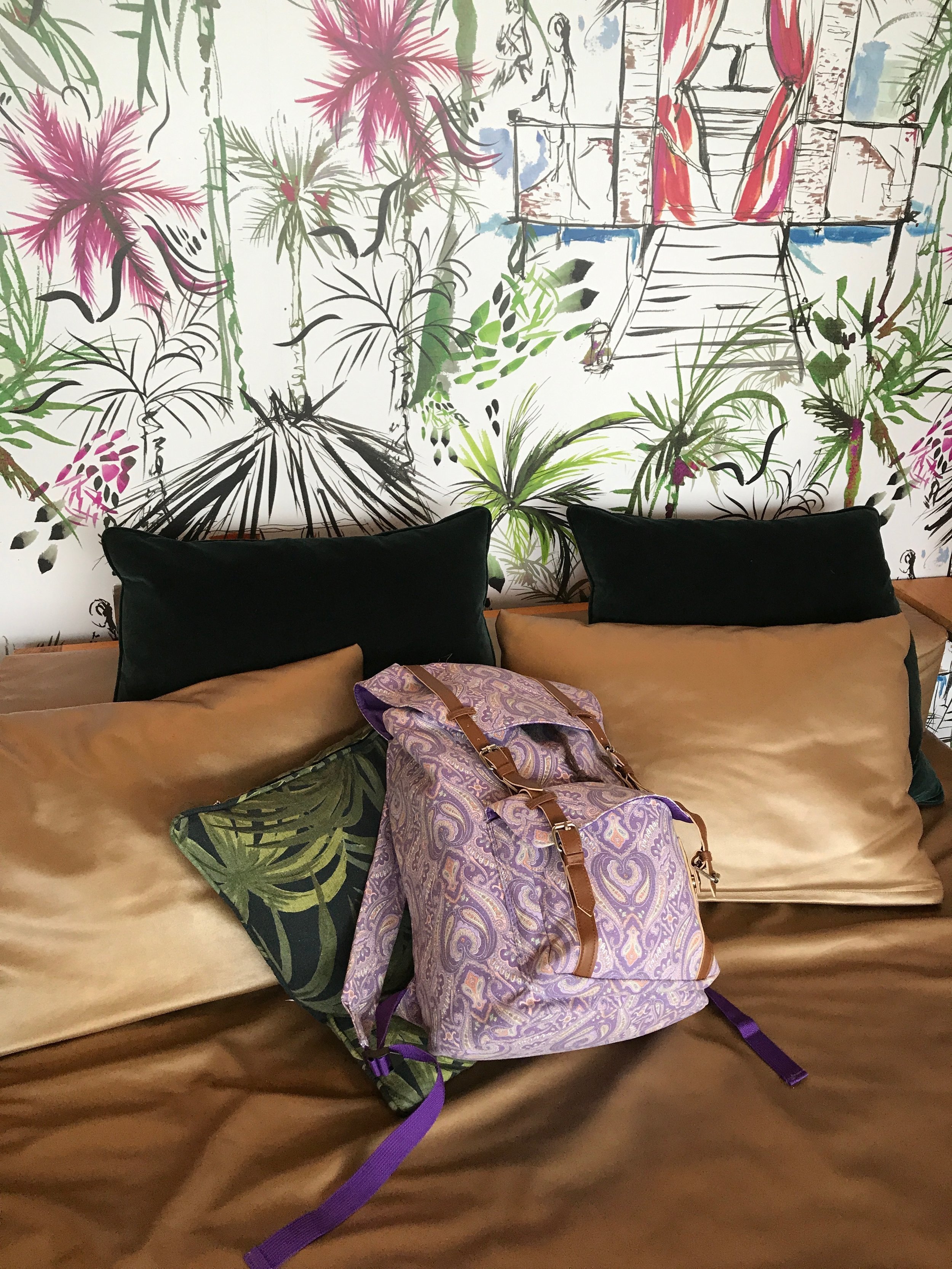