My Mum passed away just over two months ago and honestly, it still doesn’t feel real. I keep going to call her, to tell her about the crazy stuff that’s happening, or to run funeral ideas past her. The most difficult thing was finding out we are having a baby boy and feeling an emptiness all day at not being able to call her. But throughout this pretty crappy time, I’ve learned some things, and that seems worth a blog post (gotta get that content right?)

You never realise how loved you are

My Mum worked in a local village shop and, like me, she talks to everyone. It was a source of embarrassment as children, when she’d flirt with younger men working at checkouts in Iceland (and they would flirt back!), but then it became something I loved most about her, and when I worked in retail, I tried to be the same. However, I didn’t realise just how important she was to people until she died and the messages and status’ came pouring in. One of the best things has been hearing peoples’ stories about her, and seeing how much she was loved. I hope she knew it before she passed. 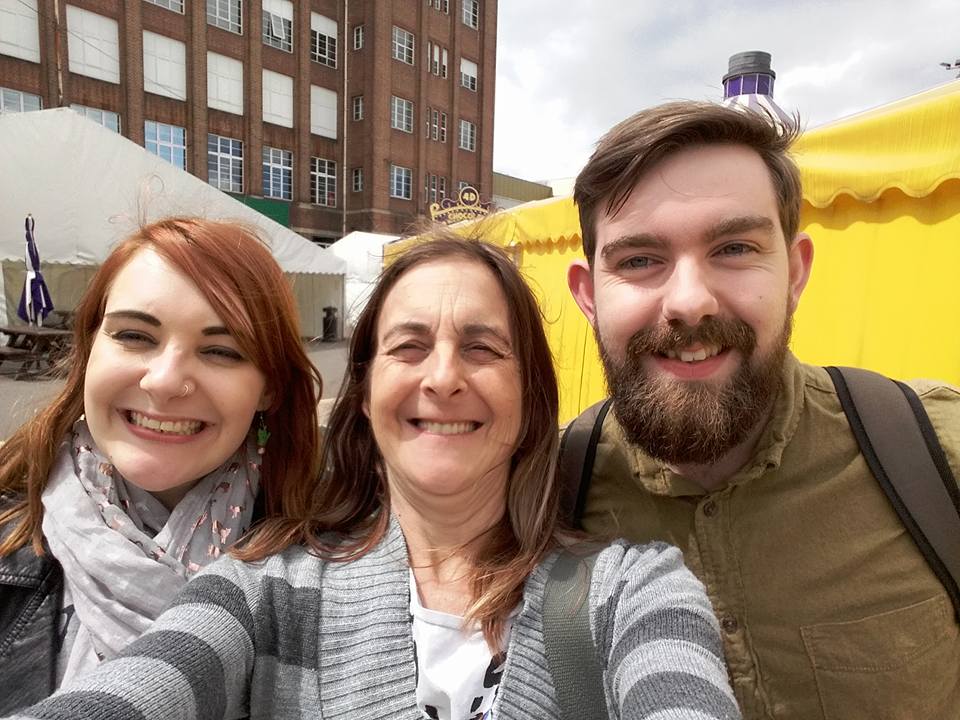 People rally around you

I can’t even explain the love and support I have received. I’ve been sent so many lovely flowers I could open a shop! People I don’t even know online have messaged me with advice for funeral planning, or just general best wishes. The BlogOn Community Fund sent me a gorgeous pregnancy gift box and vouchers for Sainburys which was so appreciated at a time when money is being spent on travelling backwards and forwards to my home town etc. My lovely blogging friends named a star after Mum and my friend sent me a box of gifts for when I’m feeling different ways. People have offered to feed the animals while we were away, and we were put up in various homes, and fed and generally looked after while rushing around to arrange a funeral.

Arranging a funeral is hard

I am potentially the least organised person in the world. I am still a small child at heart and so having to take on such a big, important project with no grown-ups to take over was pretty terrifying. There is so much to think about and consider and if you’ve never spoken to the person who has passed about the kind of thing the want, it can be really difficult to feel like you’re getting it right. Between my siblings and I, I think we did a really great job. We had to choose a paint sample for the colour of the coffin (weirdly one of the most bizarre things I’ve ever done), and we chose songs that she would have loved and made people smile and laugh. We were so lucky that her boyfriend helped with paying for the funeral as they are not cheap and there’s no way we could have managed any other way. The funeral was as good as it could have been, I kept myself together while I read out my tribute and so many people told me that it was “so perfectly Lissette”, which was all I wanted. My mum liked to laugh and always joked that she wanted Disco Inferno (Burn, baby, burn) when she was cremated so we made that happen.

Life goes on whether you want it to or not

When your mum dies, you still run out of food. Your house still need cleaning. Bills still need paying. It’s frankly pretty rude. Doing the usual day-to-day things, such as picking up a food shop just seemed ridiculous. How could people be choosing what to eat, when my heart was properly broken. I resented the world for just carrying on, without her in it. Being pregnant during this time has been pretty bittersweet, but in the long run it’s kept me going. I have had to make sure I eat and not turn to things like alcohol when things have been tough – making sure I look after the baby has made sure I am looking after myself in turn and I know that would have been important to mum.

Our gender scan, to find out that we were having a little boy, was not long after Mum died and we even considered cancelling it, but after some thought, I realised – happiness cannot wait. I’m going to spend literally forever missing my Mum. There isn’t going to be a time when I don’t and I feel ready to enjoy life again, so it was important to me that I took every opportunity for happiness between the sadness. For example, when my lovely friends Danielle and Sam invited me strawberry picking, I was tempted to say no, after all, how dare I enjoy myself after what had happened to my poor Mum. But after speaking to Steven, we decided that my Mum would be cross at me if I put off having fun, and it was a really lovely distraction to be doing something enjoyable with good friends.

It can be awkward for other people

I am not someone to shy away from awkward topics, as I’m sure you all know but when you lose a parent, you spend a lot of time avoiding making other people feel uncomfortable. Although I am a super emosh person, I didn’t cry in front of many people, as I know how hard it can be to know what to say to someone. I have always dealt with things with humour – in fact, my whole family does, which led to us all making some silly, inappropriate jokes just moments after Mum had died, which I know she’d have loved, however some people find it really distasteful, especially if they don’t really know me, or didn’t know my Mum. Sadly, I have a few friends who have lost parents, and they also cope in a similar way to me, so I know I can make my jokes to them, and they understand that my heart is broken, but that I need to laugh. 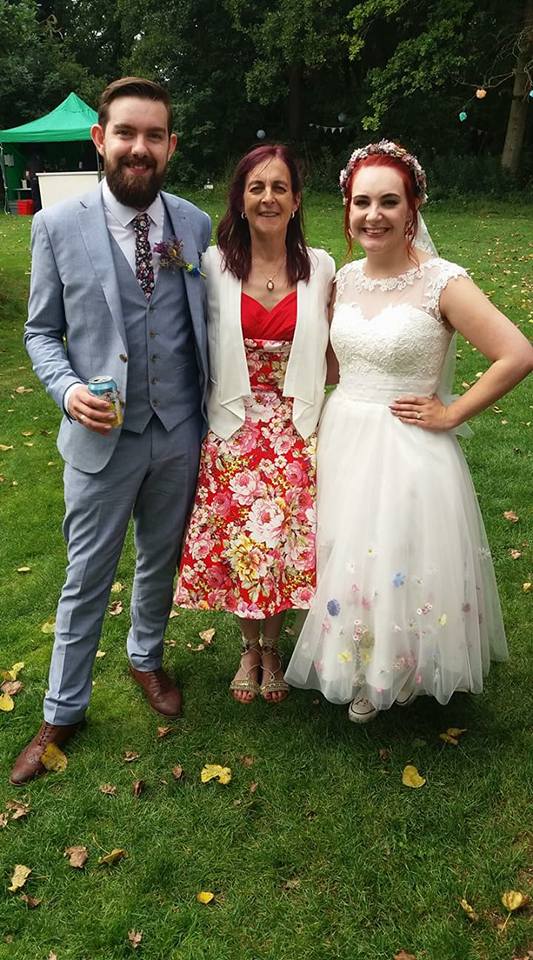 Sympathy can be draining

I’m so lucky to be surrounded by so much love, but there is something inside me that finds sympathy hard to deal with. I feel shit and sad a lot of the time, especially after having dreams about Mum, or suddenly thinking of things, but I don’t like to post about them too much because I find it difficult to receive sympathy. I realise this is really weird, and silly but I try to save posting my feelings on Twitter until they really need to come out as I don’t want to be someone who is always negative, and also I don’t know how to reply to sympathetic comments and it makes me anxious haha.

Not long before she died, Mum had sent me a package with some crisps I had been craving (Happy Snax, those weird, packing-peanut type crisps, I love then!), and a little note explaining that she’d put in £1 for the baby’s money box as she had just given the other grandchildren a £1 pocket money. I was always going to keep that note, because I am a hoarder of anything even vaguely sentimental, but now even the exact pound coin means a whole lot and I don’t plan to ever spend it. Mum would always say ‘We need to take some more selfies’ but it was always a ‘bad time’, and I really regret now not taking more. People make comments about how we photograph every moment, but sometimes it will never be enough. 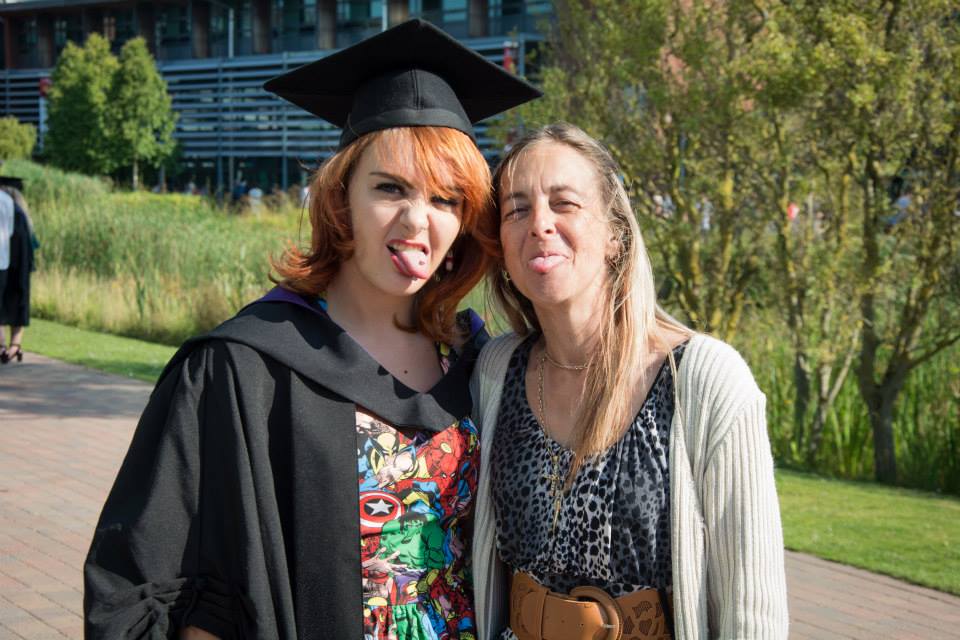 Becoming a parent while having no parents sucks

I have no parents. That’s such a weird thing to come to terms with, and I don’t think I have yet. I’m a 26 year old orphan, who at the time of writing this (it’s taken me weeks to finish) is 25 weeks pregnant with my first baby. Who will never meet either of my parents. I’ll be honest, it’s a really shit feeling. I didn’t leave near either of my parents and I only actually lived with my Dad for the first 3 years of my life. I called my Mum once a week or so, and we went down to visit as often as we could. So don’t get me wrong, it wasn’t like we lived together and I saw them both everyday, but it doesn’t stop it being absolutely shit. I took for granted being able to call whenever I wanted to – my Mum would stay up super late so if I wanted to talk to someone on a drive home from somewhere at night, I would call her. That’s one thing I really miss. We would deffo disagree on a lot of parenting things and the last time we spoke on the phone we were already disagreeing (I didn’t want to drive down to Peterborough a week or so after having the baby – it’s about a 4 hour drive with a newborn who shouldn’t be in a carseat for so long, but Mum thought I was being silly) and we wound each other up so much, but now I’d give anything to be able to argue with her some more.

Wow – I didn’t realise that was going to be so long, sorry pals! I guess this is one of those things which is more about the cathartic nature of writing it, than a post that is going to get lots of views, and sometimes that’s okay. So yeah, it’s been really hard since my Mum died, and I’m not sure I’ve processed it all quite yet, but I’m getting there, and it’s certainly been a learning curve. Thanks for baring with me, friends!