I’ve not really mentioned much about my decision to become a vegetarian as I was so worried I wouldn’t be able to stick to it. After all, I was practically the Queen of steak! However, as it has almost been three months, and I am much happier meat-free, I figured it was okay to assume that I will be able to keep it up.

So, since shunning meat, I’ve challenged myself to try different foods and push my cooking skills. As Steven too has joined the veggie team too, it’s been even more of a challenge to find food ideas so delicious that neither of us would feel as though we are missing out, and so far, it’s gone pretty well!

In fact, this new exploration of food was put to the test when the lovely people from Barefaced Groceries offered to let me try out their service for a review and challenged me to come up with some meal ideas from what I bought.

At first, I was pretty boring and safe. I filled my virtual basket up with baking potatoes (I love a good jacket potato!), spring onions, carrots, cheese, bananas, etc. All the things I would normally buy as part of a weekly shop. Then I had an epiphany. I was being given the opportunity to try out some new things. To order products we never buy and put them together to make something we’ve never had. Why would I waste that on the same old, safe favourites?!

So I deleted and started again!

The great thing about Barefaced Groceries is that the food is local, and fresh. They promote good, wholesome food that is picked and packed fresh in temperature controlled packaging so you don’t even need to be in to get the package.

Our package was left in the porch whilst we were out and the packaging certainly did the job! I got all the products out and (after taking pictures of course) tried to decide what I could cobble together with mediocre cooking skills and not a whole lot of time. 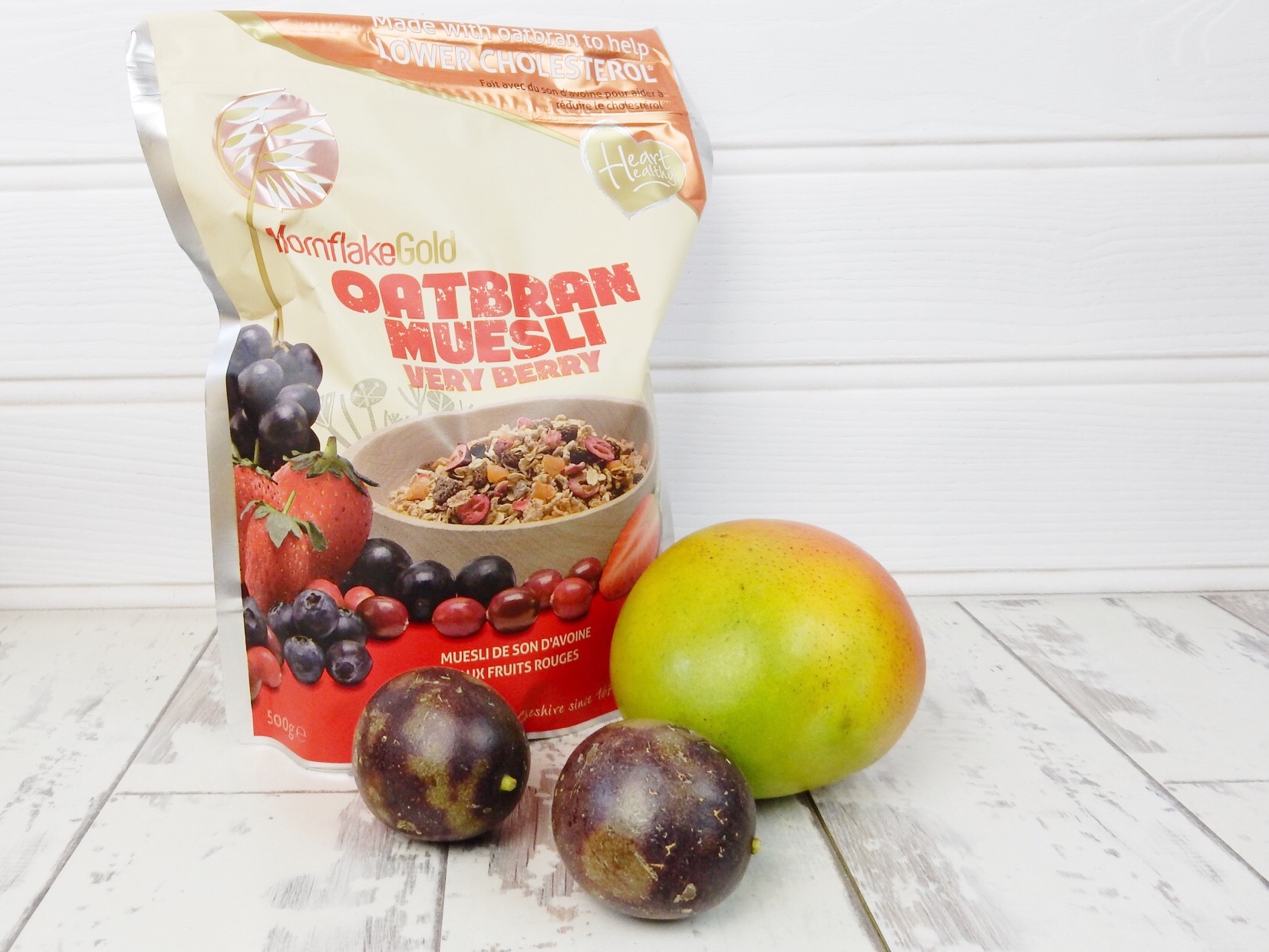 A few weeks ago, we picked up a quinoa stuffed pepper from a supermarket and holy cow was it delicious. So I decided to attempt a replication. I’ve attempted to cook quinoa once before and it was not great. This time I figured I would follow some actual instructions. This pack of quinoa makes 3 servings but as I was only stuffing one pepper between us, I thought I’d only do one serving and it was more than enough. 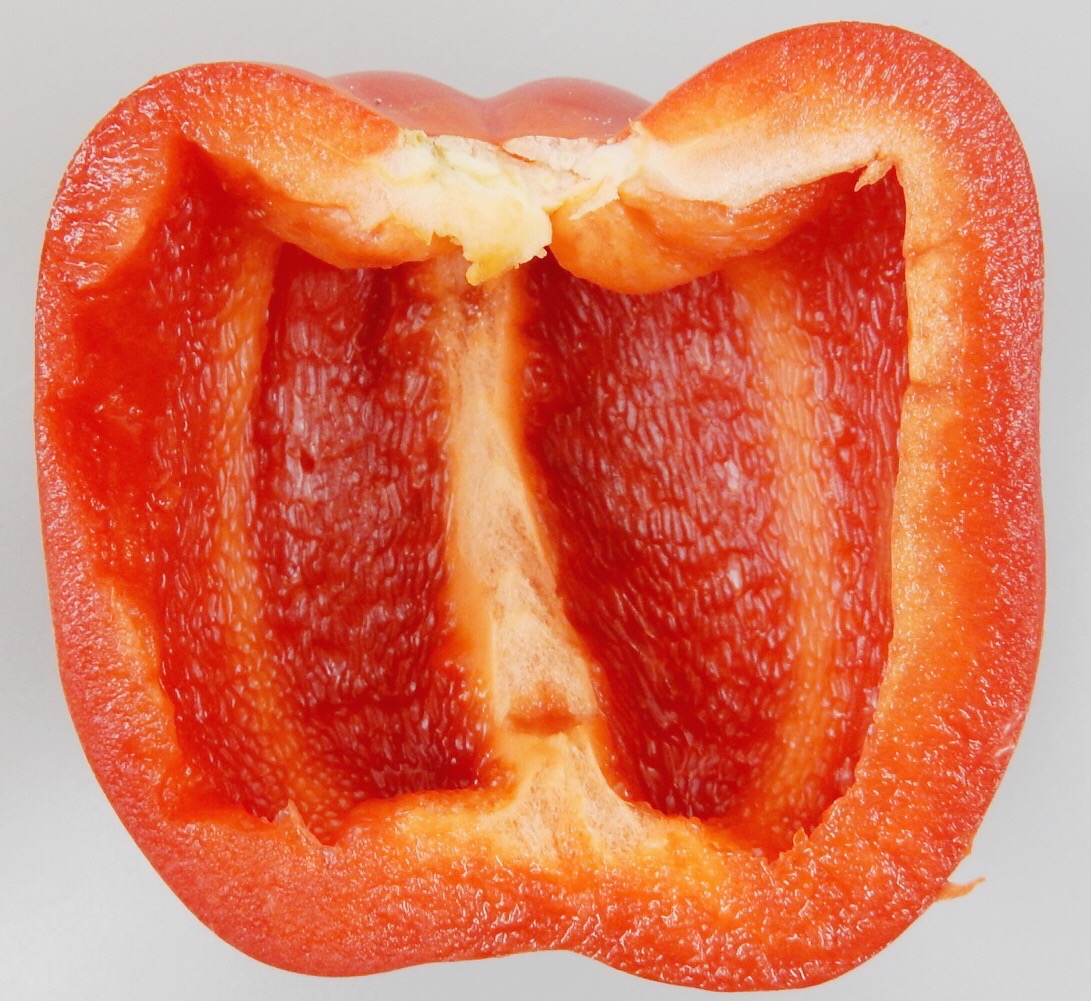 It’s the easiest thing to cook. Just stick it in some water on the hob and that is it. The magic is in the seasoning. I chucked in some salt and pepper (because it seems like the best place to start), and then added garlic powder (because I would put garlic in everything and regret nothing) and some chill flakes. I gave it a good mixaroo and stuffed it in the two halves of the red pepper. I then just stick it in the oven and hoped for the best. Thankfully, the best was delicious. 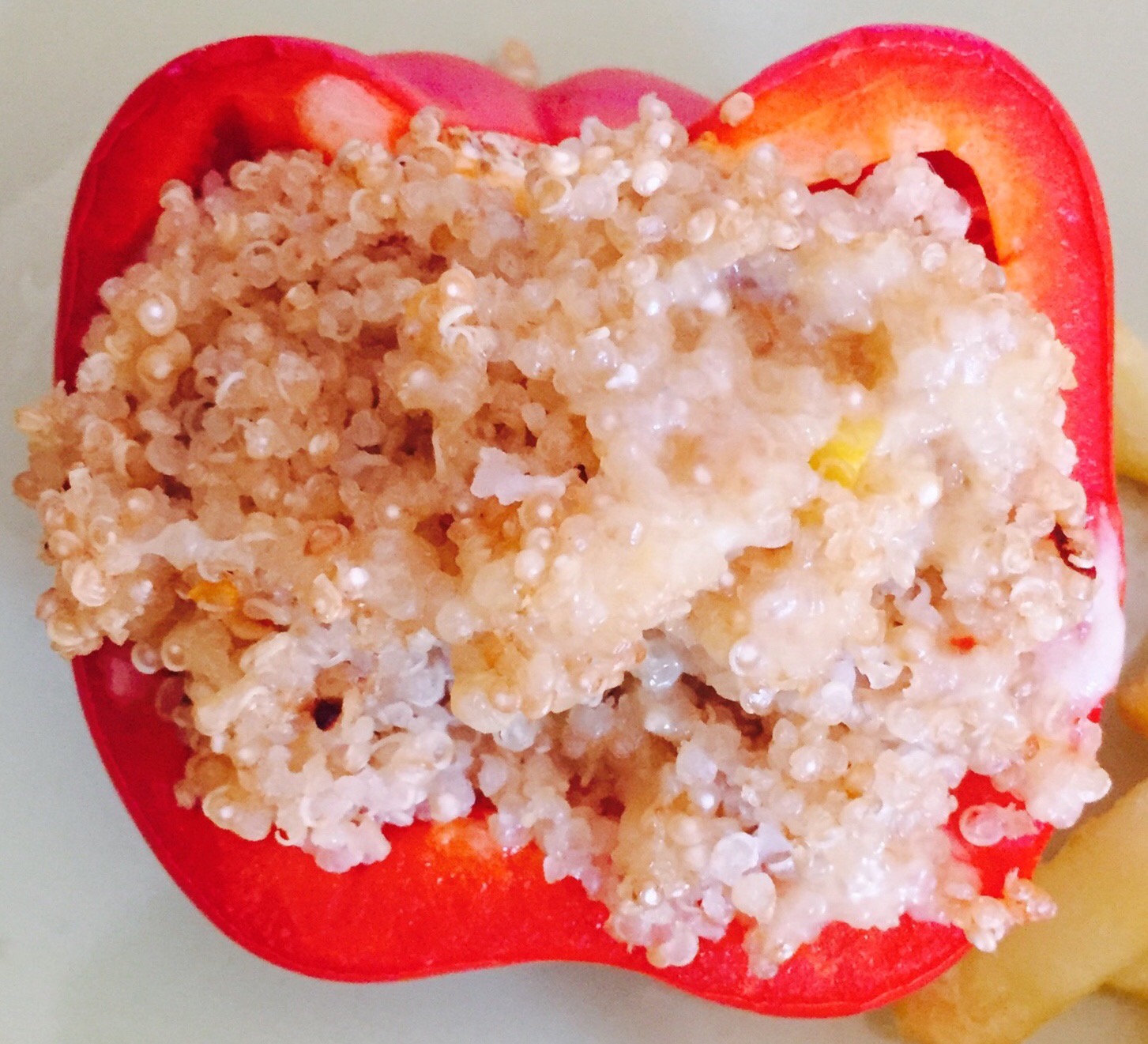 I decided to pimp up this already delicious looking cereal with some fresh fruit. I’ve never eaten actual passionfruit before. It’s usually just in things and I’m okay with that but I thought I would go a little fancy and put some in the cereal. It wasn’t until a quick google that I realised the skin isn’t edible. Oops. That said, with a little chopped banana too, it was delicious. I would have loved to have tried it with greek yoghurt or even fro-yo as a desert but sadly our freezer only contained knock-off mini milks which, whilst delicious, totally are not the same thing. 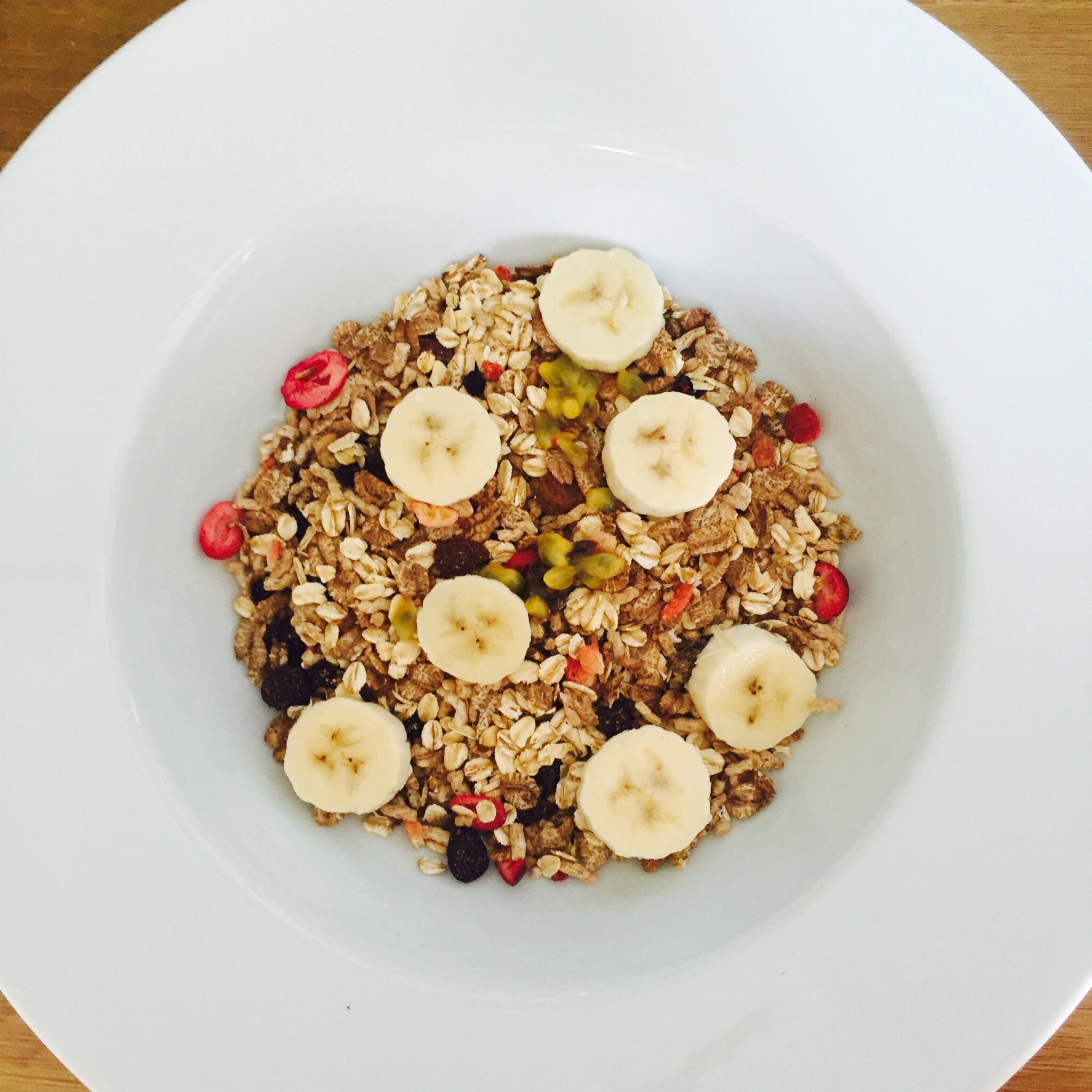 The final exciting meal I made was a buddha box. These have been pinned on my over optimistic pinterest board for a while but I decided it was time to just go for it. A buddha box, in its simplest term is like a salad, but not. There’s no real ‘recipe’, just a selection of things you can choose to put together and that’s the life I am about. I made some kale, some quinoa, some purple sweet potato (which was such a conversation starter on the first day at my new job and the general consensus was that it was as tasty as it was weird-looking) some chia seeds (does anyone else have the problem that chia seeds embed themselves in their teeth? So gross), some fresh tomatoes and a little bit of lemon juice because, why not? It was so good. So filling and with much more variety than a salad. I was such a fan of this that it will probably become my staple lunch whist working. 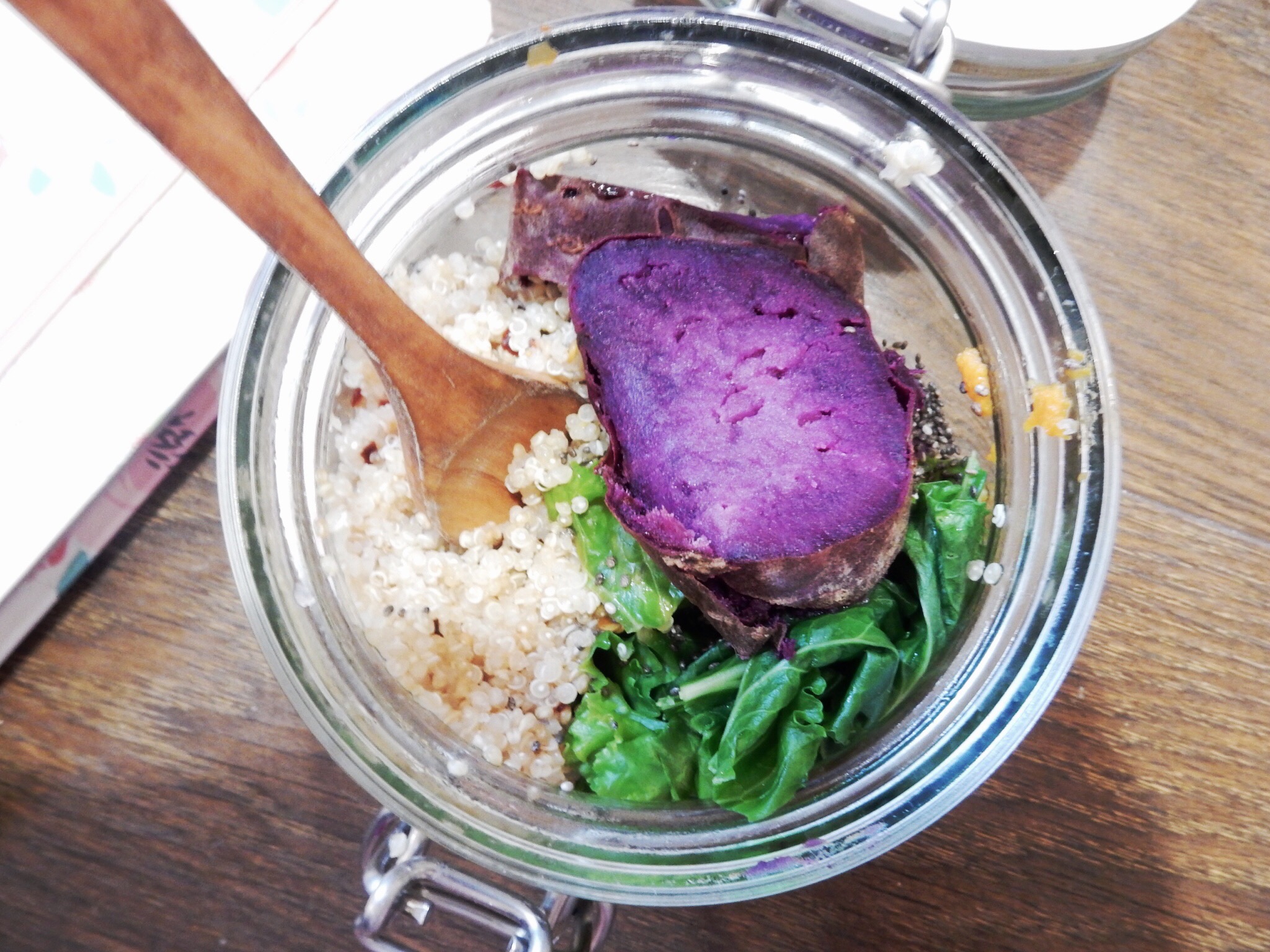 The best thing about this was the fact that my purple sweet potato was such a conversation started on my first day of my new job and I let my new colleagues have a taste (they all liked it too!). Thanks purple sweet potato you strange, novel root, you’re a bro. 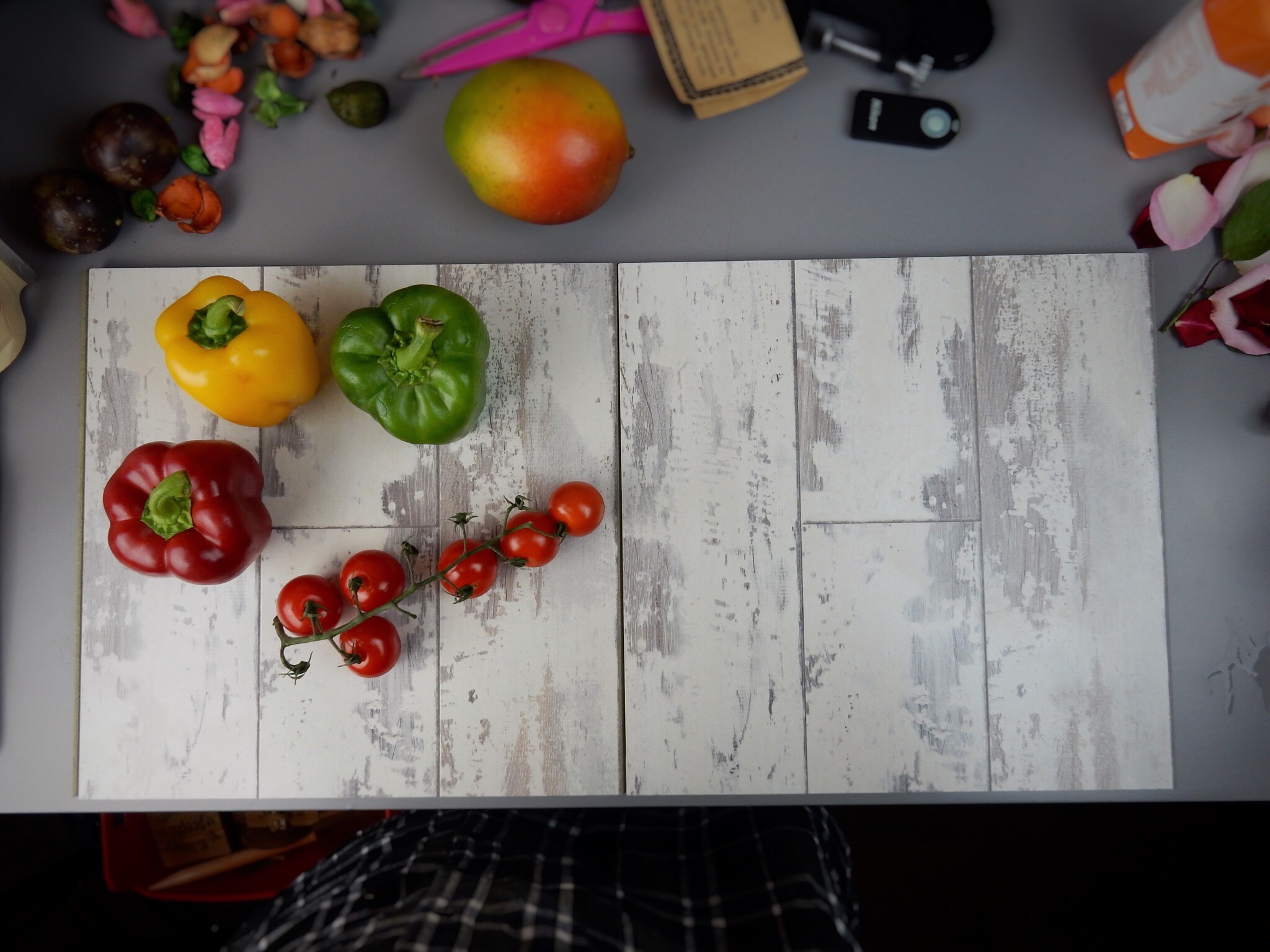 There are so many things I love about this company. Their customer service is second to none, the food is fresh and packaged with care. It is freaking huge compared to supermarket food (we had an onion that was the size of a babies head!) and you genuinely can taste difference I think. Plus you are supporting farmers and a small business – which is great.