I think it’s true for wherever you live, that because something is on your doorstep, you just don’t appreciate what it has to offer. Liverpool is just a short train ride away from us, and yet we rarely explore it properly unless friends from elsewhere are visiting for the first time! It only then that we realise just how epic Liverpool really is.

I really recommend it for a weekend away! There are so many quirky/luxurious/affordable hotels in Liverpool which serve as a perfect base for exploring one of the best cities in the world (and that’s coming from a Southerner!).

We were challenged to explore Liverpool in a way we never had before. As new parents, we were pretty buzzing to get out of the house! Of course, as new parents, this involved bringing the grandparents with us so that we could enjoy ourselves at our first destination, without worrying about Roo! So it was less of a date, more of a family day out, but that is the beauty of Liverpool.

We kicked off the day at VR-Here which is a virtual reality arcade and SO much fun! I had been before but I was desperate to take Steven and he loved it! My FIL also had a go on one of the new attractions, a VR motorbike which he really enjoyed too. Steven and I played two games – one where we worked together to fight robots and drones which I loved, and another where we were against each other, playing paintball (which I won!). It’s crazy because the graphics in VR aren’t anywhere near as good as mainstream video games, but you completely forget all that and become completely immersed – when we were fighting the robots, my heart was pounding! 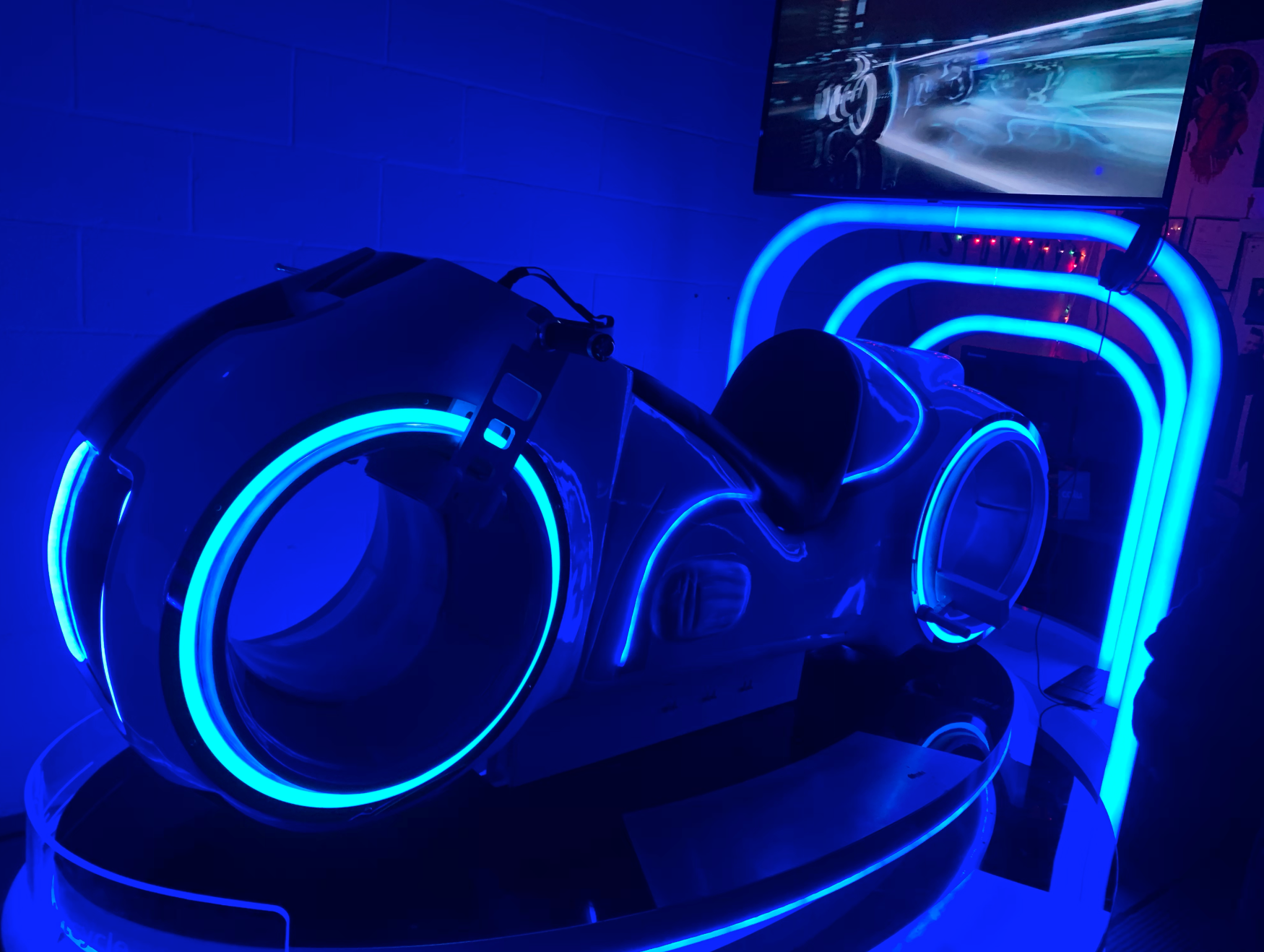 A session in one of the booths is: 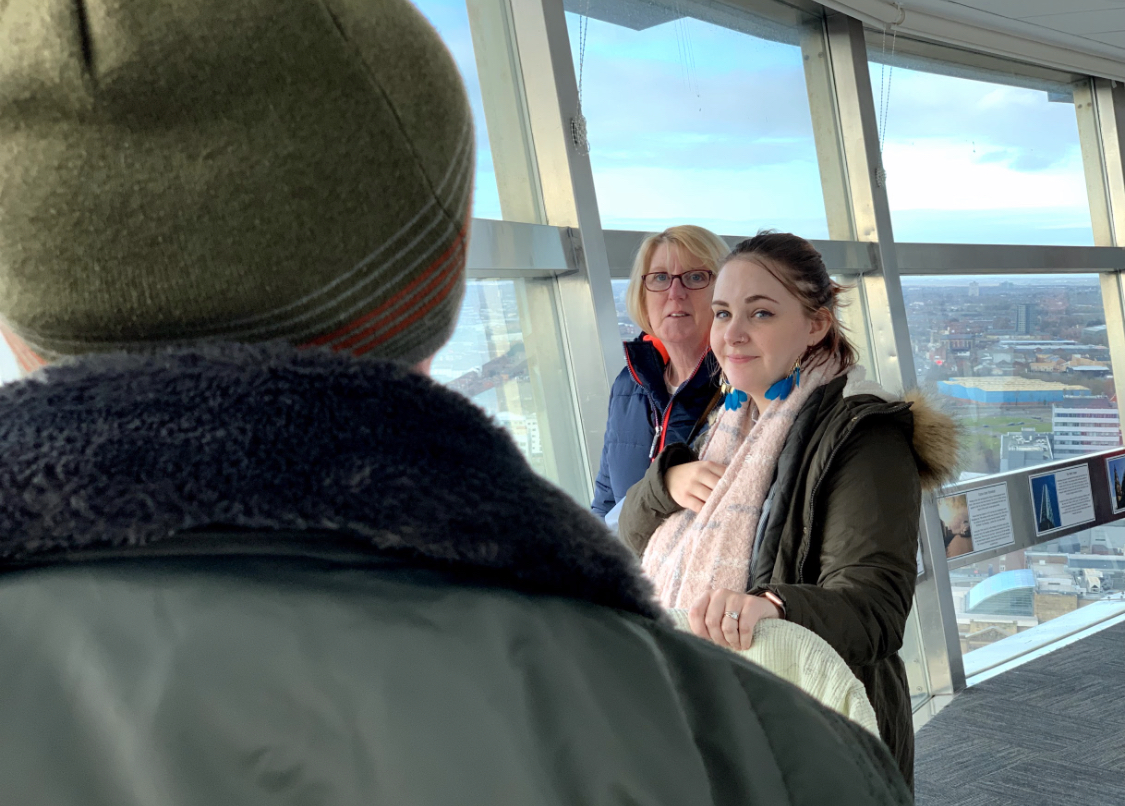 One thing that none of us have ever done (despite the Wright family living around here forever!) is check out St John’s Beacon, or the Radio City Tower. If you’ve ever been to Liverpool, you will have seen it, it’s enormous! But you can actually go inside and look out onto the whole of Liverpool – and beyond! It’s £6 for adults and £5 for students or seniors and we spent a good while up there, just looking out the windows and working out where everything was. I liked people watching from so high up, and Steven and his Dad spent about 10 minutes trying to decide if they could see our car in the carpark! We even managed to get the pram up there. The staff are really knowledgable so it was cool seeing different parts pointed out, and you also get a little guidebook-leaflet so you know what it is you’re looking at – perfect for people like me who have zero geographic sense! 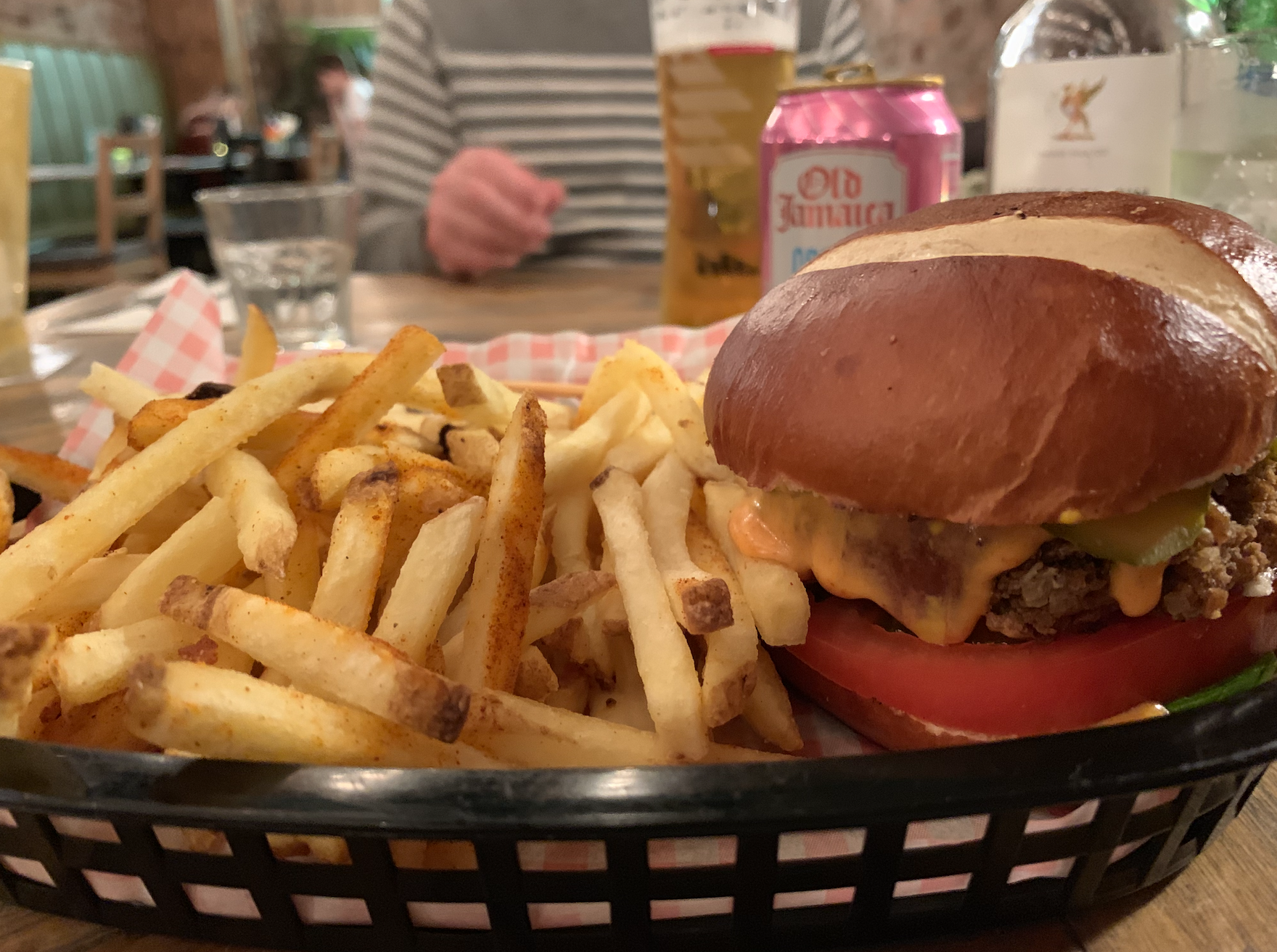 Finally, after a mooch around some shops we headed to Down the Hatch. We’d never been before, but it came highly recommended on Twitter and after looking at the menu, I was so excited! Everything is veggie or vegan and the choice is incredible. There’s just so many things! I love a veggie burger, but not a gross, smooshed-up vegetable kind; a “are you sure this isn’t meat? It tastes so good” without the guilt kind. That’s what DTH has plenty of! My in-laws are not veggie but they were open to try something new. I had the Classic Burger (I’m basic but nothing beats a simple burger!), Steven has the Katsu, Katsu Man and John had the Always Sunny. Pam doesn’t like burgers and so went for the Super Bowl. My burger was so good I could have eaten it twice. And then again the next day.

The portion sizes are generous – Pam’s salad was a regular but it was huge and the chips she got as sides were pretty big too! The waitress was super helpful and friendly too as we asked a million questions. Pam has never tried a falafel before and none of us could explain it in a way that sounded appealing so our waitress did a much better job. 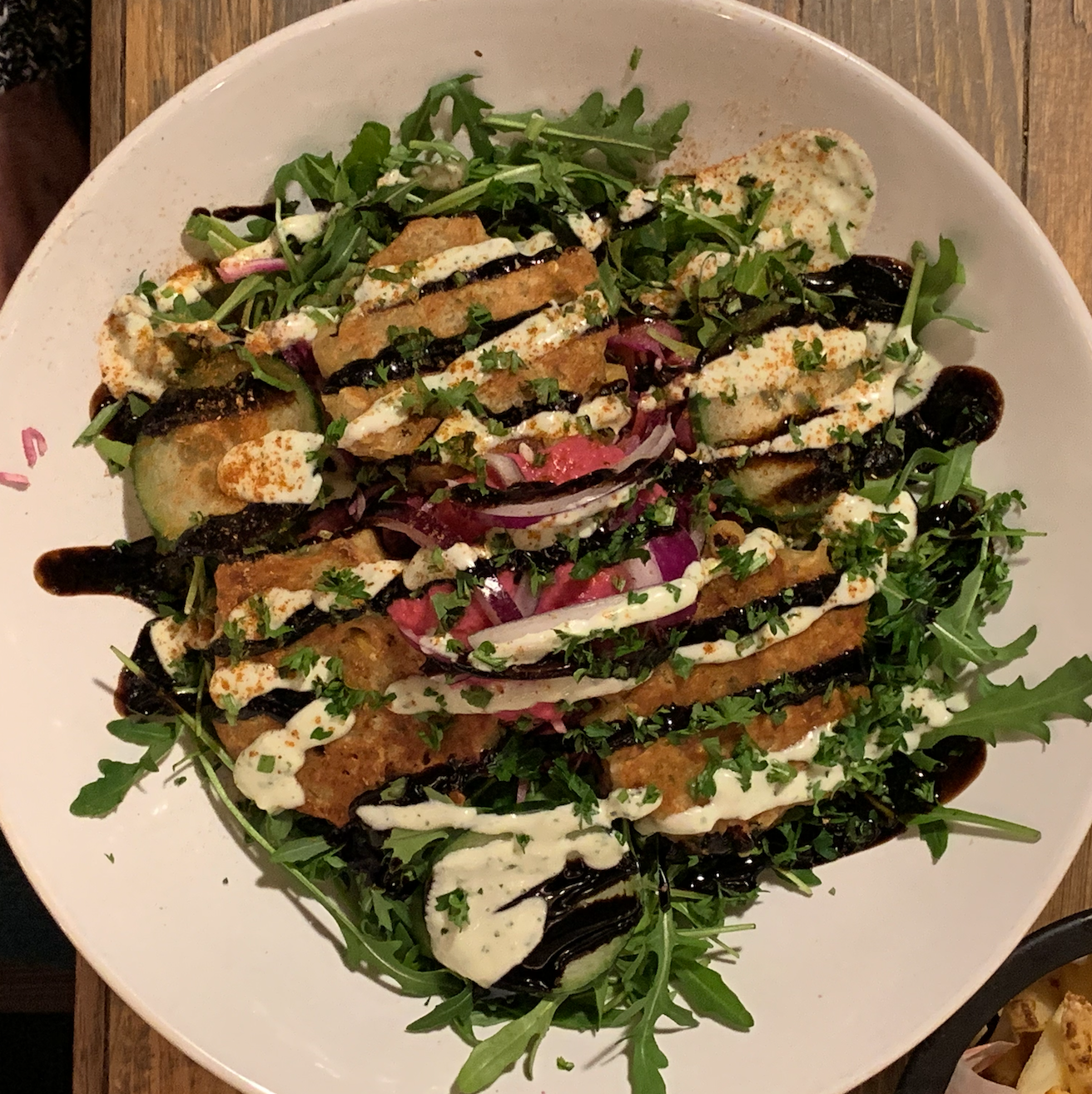 The restaurant is really lovely inside although it is down some steps (however the lovely manager and waitress offered to help us carry our pram up the stairs. They made us feel really welcome unlike a lot of places that seem to hate it when you dare bring a pram anywhere!). A burger and chips is £10, regardless of which one you go for which I LOVE! And there was a big choice of drinks. I am already desperate to go back!

We all had such a nice day. Although we visit Liverpool centre regularly, it’s usually for an event or for shopping, and we tend to pop into somewhere we already know for food. So it was amazing to be able to check out places we wouldn’t usually visit and remember what an amazing city it is!

Where are your favourite places in Liverpool? Let me know in the comments below.

The spending money was gifted by Hotels.com, but all views are my own.”