The problem with having a December birthday, is that everyone is super busy and/or skint, and it’s very difficult arranging things around Christmas parties and pay cheques. When we were at uni, it was all much easier and birthdays were amazing (partially because they were another excuse to drink and party!) but sadly, adult life has caught up with us, and so this year, I suggested that for my birthday, Steven and I went away to a hotel – just because.

We used to do this fairly often – just go away for a night (especially when things were stressful and we were uni students living out of one cluttered room) and just watch films and order take-out. We wanted somewhere close enough that it wasn’t a huge drive, that had enough to do if we wanted to, but not so much that we felt pressured to make sure we were going out and doing stuff. Somewhere a little more special that the places that we stay when we are on our way somewhere, but also cheap enough to justify in the run up to Christmas.

I follow a lot of amazing hotels on Facebook – partially to torture myself, partially to keep an eye out for any offers. The plan was that Steven was going to find the place to keep it a semi-surprise, but before he’d even had a chance to look, I saw that 30 James Street had a deal on that we couldn’t pass up! £79 for the two of us, one night in a gorgeous double room with a jacuzzi, bottle of prosecco and breakfast! 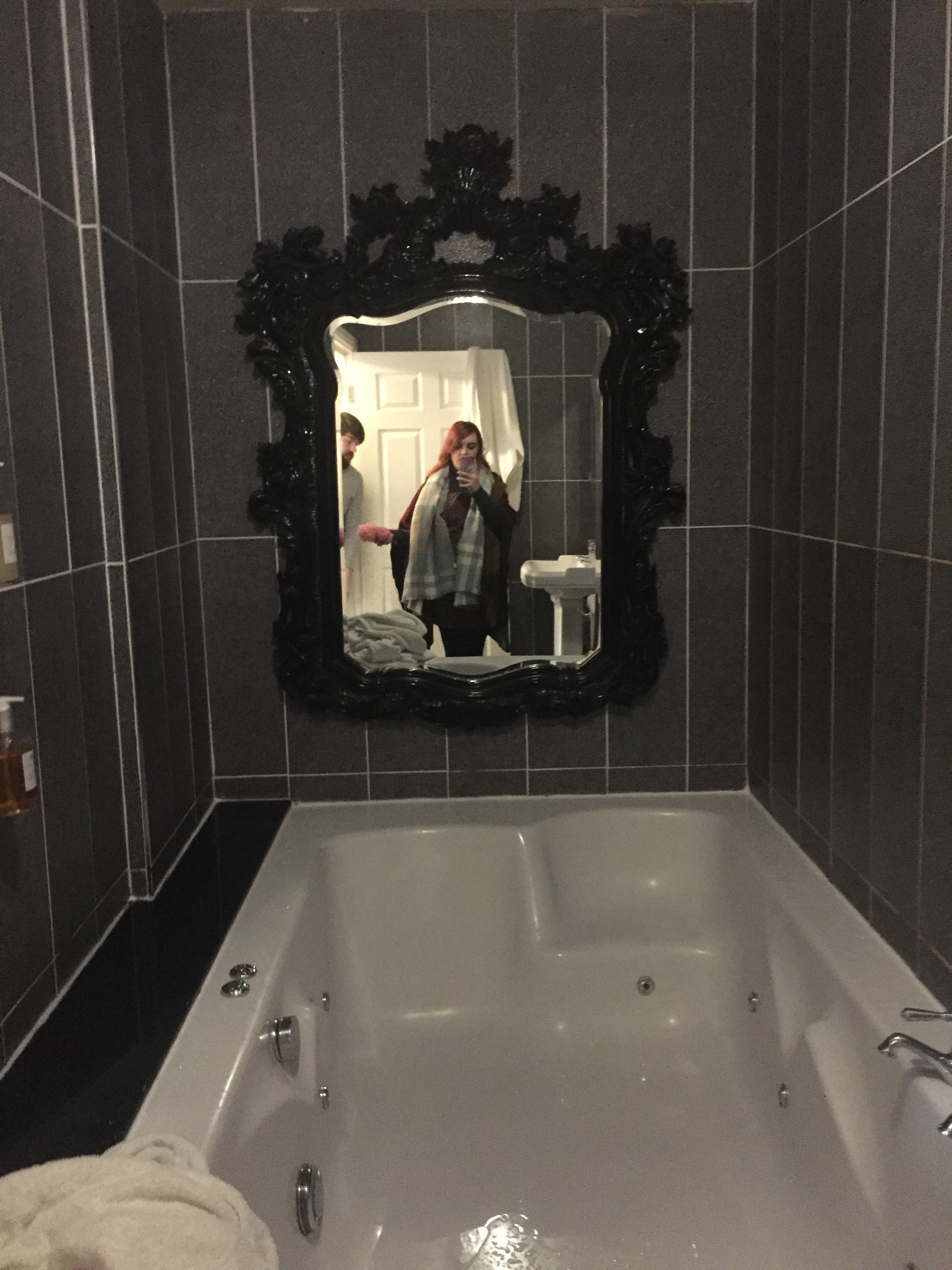 You can tell I took this because I seem to be incapable of taking a picture without posing in a mirror.

30 James Street are part of a group of hotels by Signature Living that I have followed quite close for some time now. They are super luxurious and make you feel pretty special – exactly what we wanted for a birthday!

When we checked in, we were amazed by how beautiful the reception is, and how friendly the staff were. They wished me a happy birthday and it was clear that nothing was too much trouble for them. 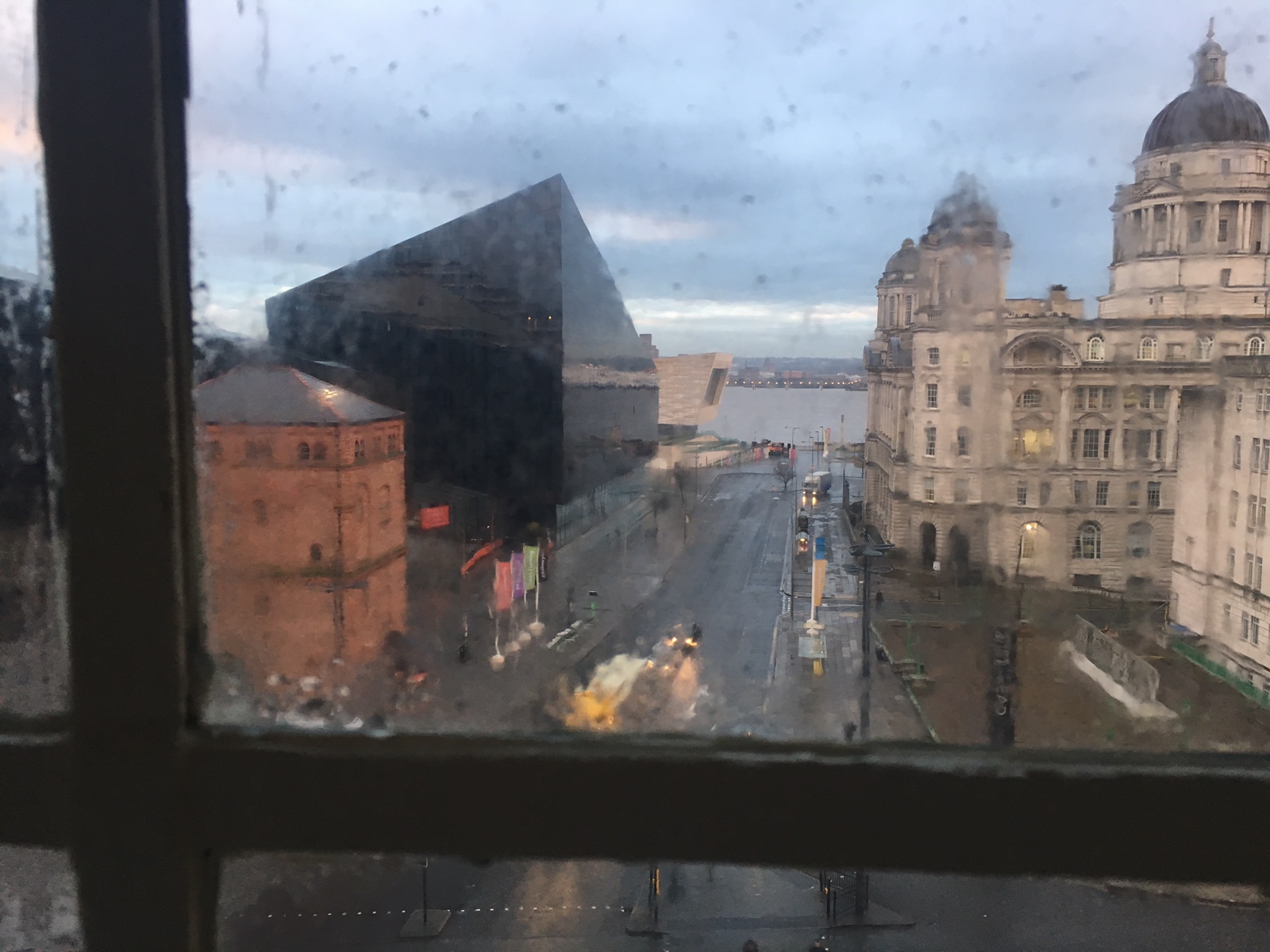 We went up to our turret room(!) and were not expecting such a huge, incredibly luxurious room with two, yes TWO huge double beds! One was up in the corner of the turret with amazingly soft quilted padding all around it and handily placed plug sockets in the wall. We decided that we had to sleep in this one! It was raining pretty heavily so it felt extra cosy to be inside. 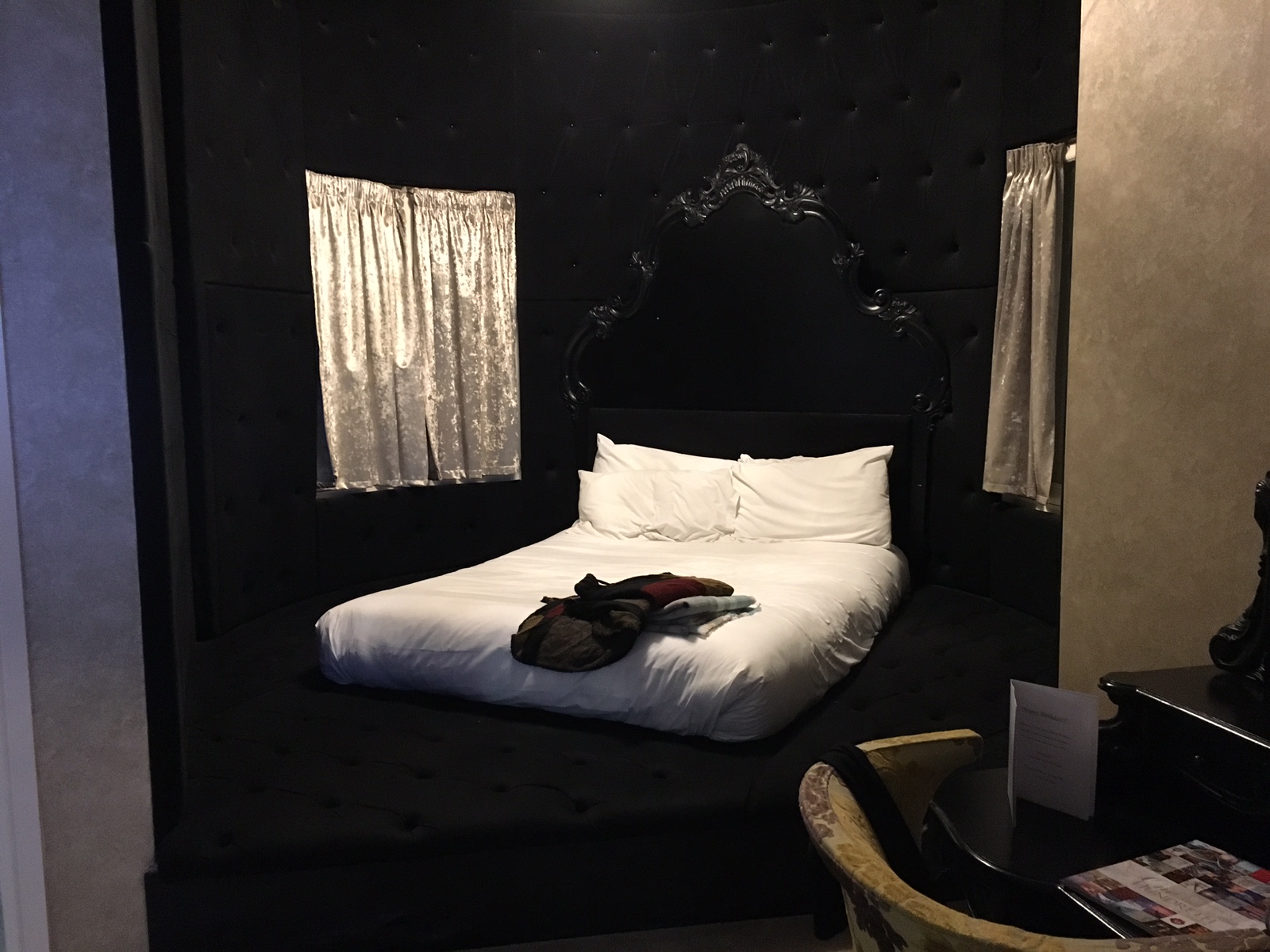 There was our promised Prosecco in an ice bucket and a very thoughtful birthday card from the team which was a lovely touch. We decided the room was too nice to leave early so we called down and arranged late check out, which was much appreciated! 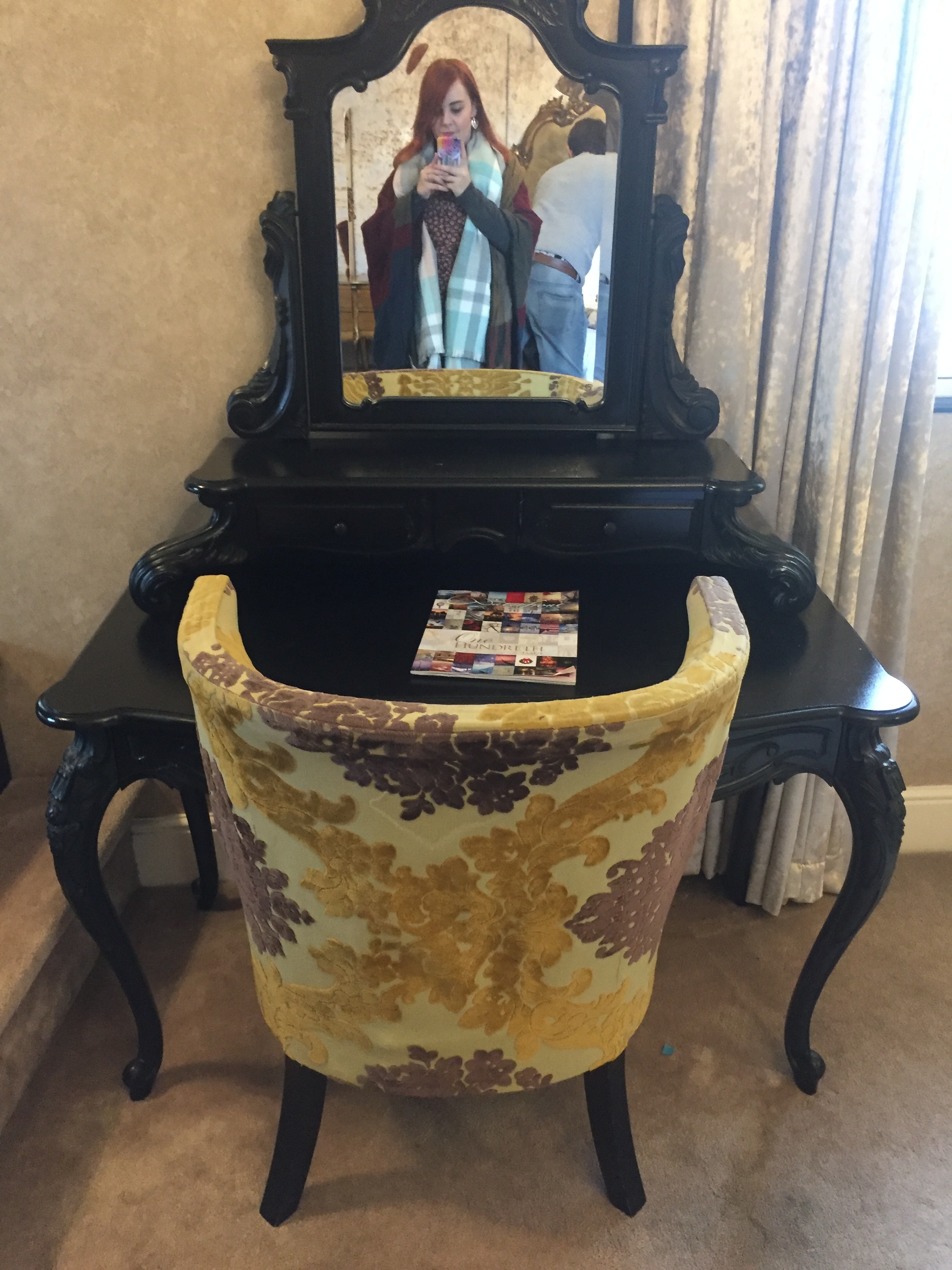 The TV was a smart one and we felt like proper old people trying to get it to work and not being able to so we called down to reception and a lovely lady (who had only been working there for 2 weeks I think) came and helped us and was so polite and friendly, she was fab!

The jacuzzi bath was a whole other ballgame. Absolutely massive with a really deep surface on the side which was perfect for us to prop up the iPad to watch silly Youtube videos, hold a glass of bubbly each and our veggie burgers from GBK, which we ate in the bath like the classy people we are! Above the tub was a waterfall shower which was incredible and I could have stayed under there for hours! 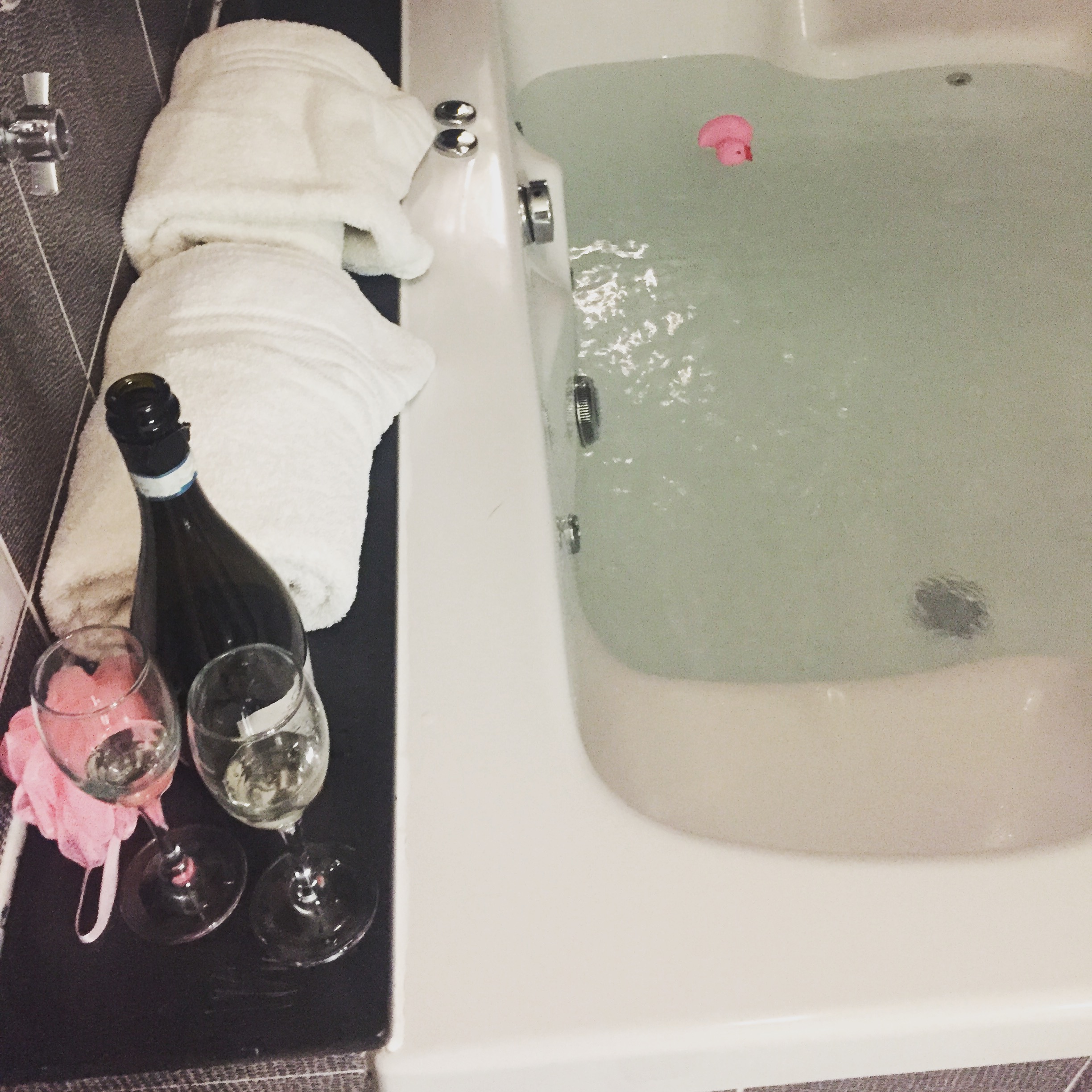 We had a lovely night of drinking far too much and reading (seriously, we are party people!) and we both fell asleep before 9pm – perfect!

I did wake up in the middle of the night really thirsty and I called down to reception to see if there was anywhere I could get a drink from even though the bar was closed and they don’t do room service. The manager, Will I think he was called, kindly offered to help me out and I headed down to reception. He walked me to a hotel next door who were nice enough to let me use their vending machine for a nice cold Coke. When we got back to our hotel, Will told me some of the history of the building (which you should read about- it’s fascinating!) and showed me the Grand Ballroom which was stunning. The hotel was preparing to hold a Christmas party for underprivileged children the next day and there were huge bags of presents all around and it was so lovely to hear about. It was midnight but Will happily answered all my questions about the hotel and the history and I really felt like I’d been given a sneak peak behind the scenes.

The next day we had a gorgeous breakfast in The Carpathia Champagne Bar & Restaurant which is just a stunning little place. The breakfast was fab with so much choice of a cooked breakfast, cereal, pastries, fruit etc. My only slight complaint was that there wasn’t a veggie choice in the cooked section, such as veggie sausages which was a shame. We still very much enjoyed breakfast and ate plenty! 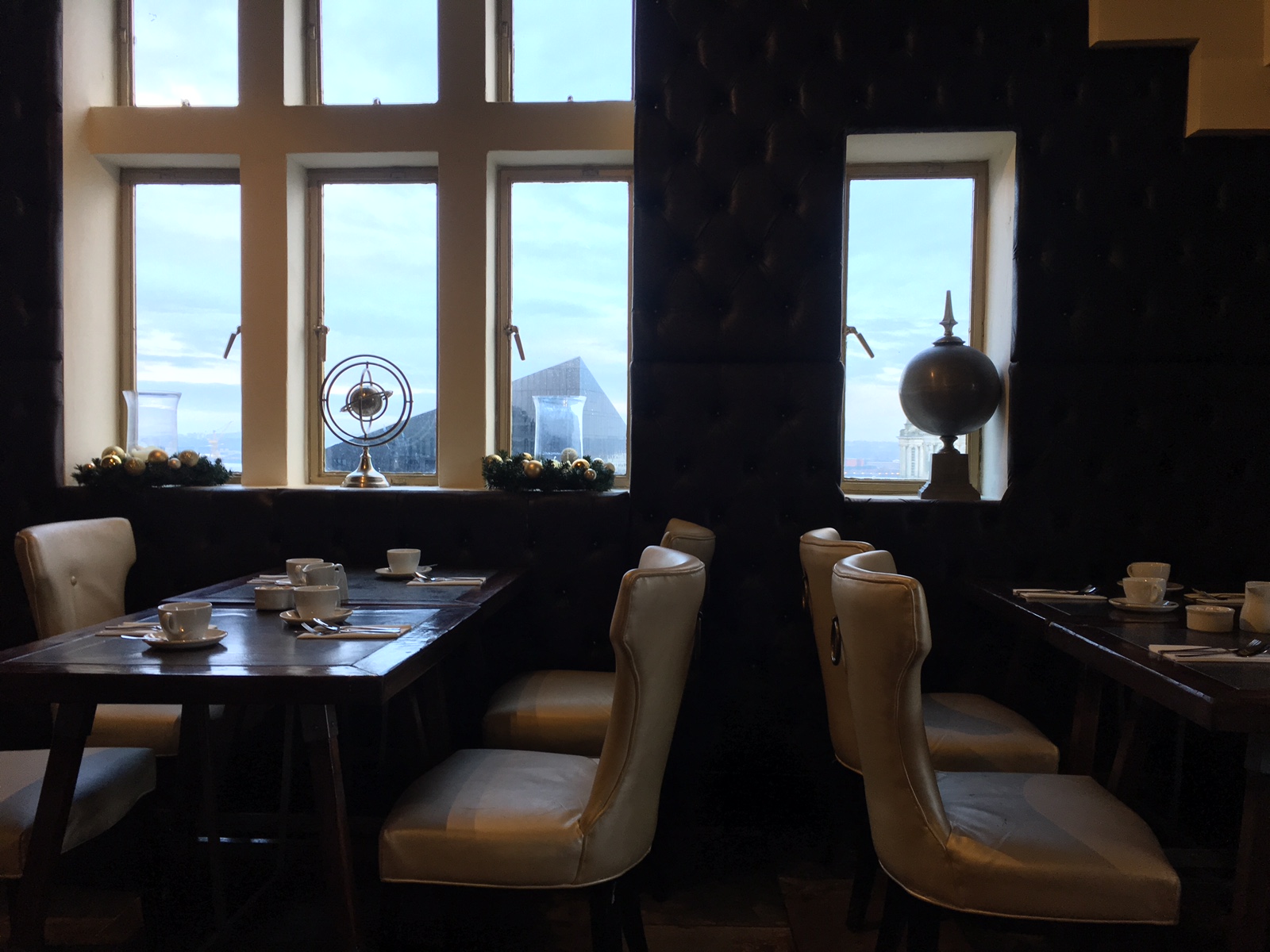 When it came to checking out (sad face!) everything was just as efficient and friendly as it had been checking in and we felt really lucky to have had such a fab time.

A massive thank you to the staff at 30 James Street who helped make my birthday lovely – we will be back, and next time I’d love to try the spa!