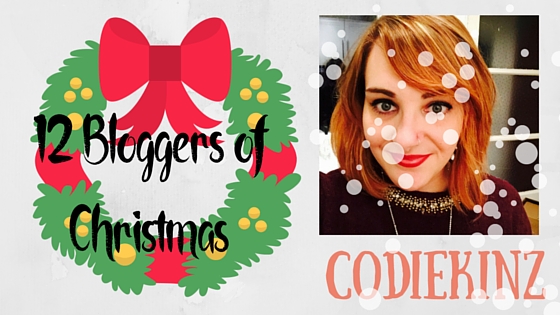 One thing I absolutely love, is hearing about other people’s Christmases. I love how different families celebrate in different ways, and the fun little traditions that you don’t even notice until you start telling someone else.
To celebrate this, I’ve asked a few lovely bloggers to share their Christmas stories, and will be posting one every day until Christmas. Of course, it’s only right that I start with my own!

I’ve always loved Christmas, in fact I may even love it more now than I did as a child. I love buying presents so now that I have a job and lots of people to buy for, it’s super exciting.

As a child, the run up to Christmas would involve lots of novelty, singing ornaments, and visits to a local house that went all out with their lights and just so happened to have a Santa that you could visit.

As my birthday is the 12th, the rule would be that Christmas couldn’t start until after my birthday which was pretty special, however now I tend to just celebrate the whole of December – it comes but once a year right?

On Christmas morning we would have a present on the end of our beds to open when we woke up but we weren’t allowed out of bed until 8am. We’d then have to have breakfast and get washed and dressed, and wait for both sets of grandparents to arrive before we were allowed into the living room where our presents were piled up according to whose was whose.

The rest of the day would be spent eating, watching TV and playing with our gifts.

Boxing Day was always spent with my Dad and big sister, either at his house (where he once forgot to turn the oven on for the dinner so we ended up having Maccies!) or when my sister moved into her own home, at hers. This was the tradition for every year that I could possibly remember, so the Christmas after my Dad passed away was pretty weird…

That was the first year I spent Christmas with Steven. As my sister and I have grown up, my family don’t get as excited by Christmas, whereas Steven has a niece and 3 nephews who are still amazed by Christmas, so we tend to spend Christmas up here with them, and visit my family after Boxing Day.

It’s so refreshing not to work in retail, or in a nightclub in the run up to Christmas, which perhaps explains why I enjoy it so much. This year I work in Manchester and the Christmas markets are directly outside of my office which Is exciting. I also work as a Christmas Elf, visiting gardens and picking up letters to Santa – as well as leaving some mischief behind. It’s an absolute dream come true and a great way to show my love for Christmas.

Steven tends to wake up ridiculously early for presents, which obviously feels weird to me after having a routine! We open our gifts to each other and to/from his parents, before going to visit his Grandma in the home. The home is always super festive and lovely and we take her a few little bits.

We then go to see the Niblings (which is the correct term thank you very much!) so that they can show us all their gifts from Santa and their parents. After that, we all go back to Steven’s parents so the children can open more presents – there wouldn’t be room if we didn’t do it in two sittings!

The rest of the day is celebrated pretty similar to at home. Lots of playing games and eating (& drinking) before an afternoon nap in front of a film.

Check in everyday until Christmas to read other bloggers’ takes on Christmas, and if you want to write something yourself – get in touch!