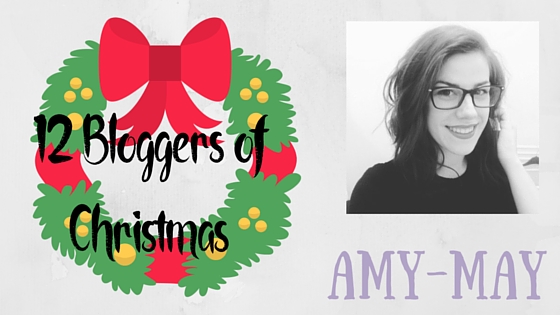 What is Christmas? Well, I was told it was a religious holiday and that the people celebrating it were ‘bad’ and so…I never celebrated Christmas.
I know, shocking.
I was told throughout my childhood by school ‘friends’ that it meant my parents/Santa didn’t love me or they were trying to save money… I was brought up in a strict religious household so we weren’t allowed to even listen to the music, it made me a really angry person in winter, even the thought of Christmas made me angry.I hated it. The music would come on the radio, the cards would come out on the school tables and we’d get pulled out of school. I wasn’t even allowed to open Christmas cards my friends had bought for me.

I always wanted to stay in school, so I could watch the Christmas play, Once I remember sneaking into the practice and I stood by the middle doors that opened into the corridor and a teacher came walking down the corridor “you’re not supposed to be here, your mum wants you in the other class for this lesson” So me and my brother were walked into a classroom to do some colouring in. At the time it felt like we were important, we got to go out and do something new…

I remember seeing the children in town walking around with their parents, they have bags of things from Toys R us and were eating something sugary. Growing up I now realise it was just jealousy, wishing I could have gifts and have a family get together.

Our Christmas’s were 3 weeks off school, bored out of minds so we’d wake up Christmas morning anticipating that this year it’d be something different, maybe this year we’d get some presents or a mince pie.
I remember once when I was 7 or 8 I’d been talking to my friends at school, they were talking about writing letters to Santa, of course we were brought up knowing that he wasn’t real. Still, in my young hurt mind, I thought maybe it was a trick.. so I wrote a letter, a list of the things I wanted;

a “mermaid barbie, A furby, a digital radio” all of the things on my list were around £10-£20 and I really only wanted one, Santa could definitely just get me one. I remember writing I know I shouldn’t ask, but the other children are getting so many things, I just want one you can choose. Please and Thank you Amy”

It really upsets me to think I was bartering with Santa secretly, because I was convinced that my parents were hiding him from me..
It never happened, Santa never came..even though I’d wait up for him.. and I understood why, but it still left a void in me, thinking maybe they/he just didn’t want to give us presents.

The routine went something like this; I’d run into my brothers room around 9 o Clock and let him know if it’s snowing or not, we’d both go downstairs tentatively, hoping something would be there..obviously it wasn’t but my mum would always cook a savoury breakfast, sausage eggs bacon beans etc.. ( I think it was to make us feel better about not having Christmas) we’d then just watch TV all day, nothing Christmassy so it was pretty much just the news.
We’d sit together eating a normal lunch.. watching people walk up and down the street..maybe playing a computer game or reading a book. That’s it.

A few years ago, after spending my first Christmas with my partner, I swiftly learnt that Christmas was happy! You could sing out loud wear stupid clothing and talk to strangers, everyone was so happy, there were sales on and you got presents! It was an amazing feeling, feeling the affection of the people that care about you, buying you something they’ve thought really hard about that’s perfectly picked for you. It felt so good!

I also learnt it’s mostly about sugary foods in the few weeks leading up to it, then the BIG day is literally that, you eat a massive breakfast and a massive ‘dinner’ normally at lunch time with massive servings of Veg and meat but that’s another tale for my website I reckon.

So, that was my Christmas but what does it mean to you?