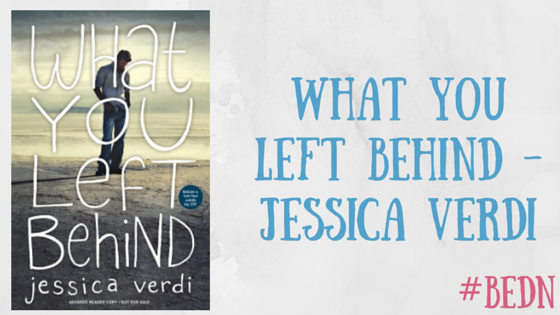 An advanced copy of this book was kindly sent to me for review by the publishers.
This book follows super popular, football star (of course) Ryden as he navigates life with a small baby after the death of his girlfriend to cancer. So, it’s pretty heavy, though ultimately enjoyable to read.

Frankly, Ryden’s a bit of a dick at times, and that’s kinda what makes it such a good book, because he’s real. He’s supposed to love this baby unconditionally whereas really he resents her for existing because it meant Meg gave up her chemo and died. There are points where it’s a little hard to read and you want to give him a little slap and a reality check (dude, stop pawning the poor baby off on your friends!) but the fact that he, and to a lesser extent Meg, are not these perfect, magical, unflawed humans is incredibly refreshing.

<rant>The hunt for Meg’s left behind journals frustrated me in the same way that all books with some romantic, perfectly executed post-morten treasure hunt does. As a pretty healthy person, I think I would struggle to leave a clue-trail for Steven with a profound life lesson at the end. The girl was on her death bed, and the objects were so hidden that they weren’t found for ages after she died – why couldn’t she have just gone down the letter route? It always bugs me, because life doesn’t work like that. People are not always looking for clues left behind and can’t magically interpret what their lover meant.

That said, the idea was pretty sweet and I do appreciate it as a literary advice. I think it just makes me anxious to think that someone could leave clues that might never be found – </rant>

Joni was a likeable character (in a manic pixie dream girl kinda way), and their sexual tension at the most inappropriate moments felt real and flooded me with second hand embarrassment.

This book really seemed to capture being a teenage father, grieving and having to put his life on hold in a way that no other book I’ve read has seemed to. There was no point where everything just tied up perfectly and I appreciated that.